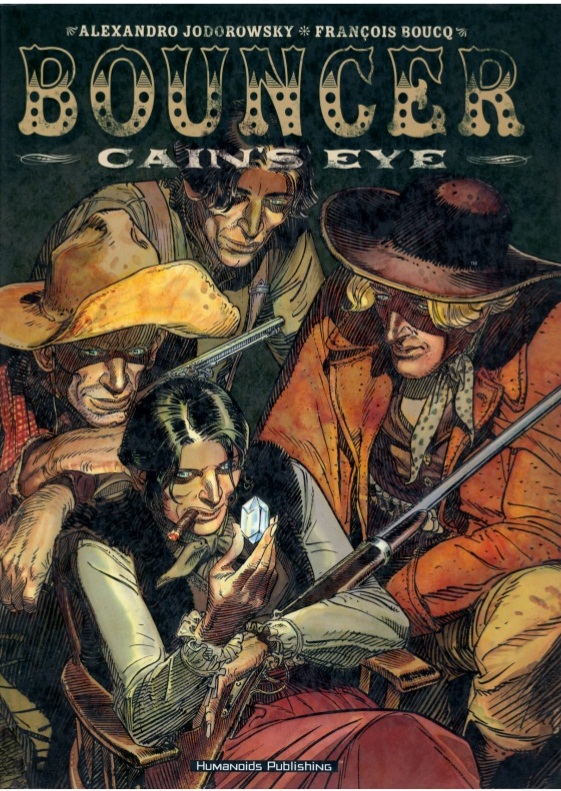 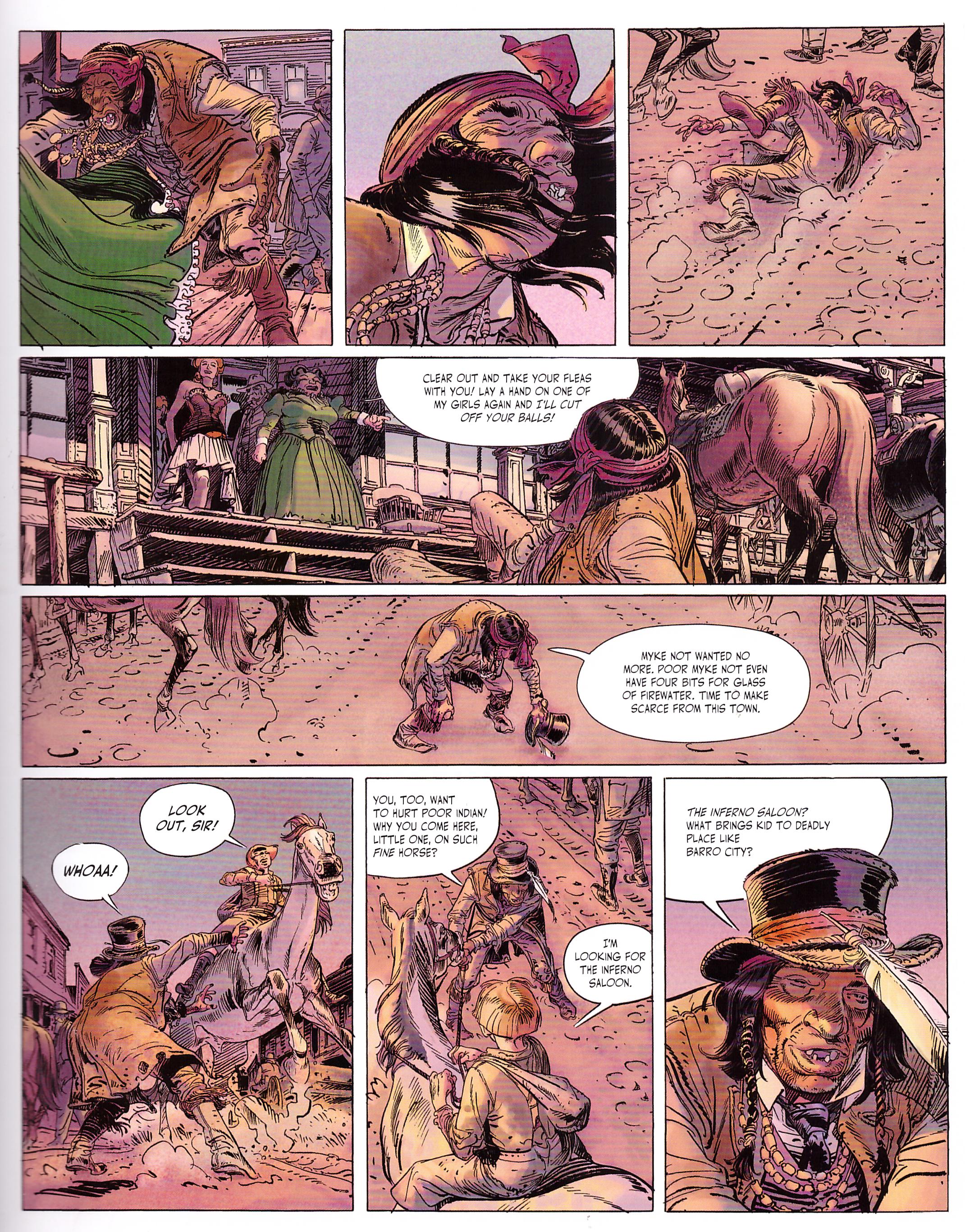 This is the opening shot in what would become a very highly regarded Western series that’s run for eleven albums to date in Europe. An unconventional nature is apparent from not introducing the title character until 29 pages have been spent on other matters.

Before then we follow the activities of Ralton, a one-eyed man leading a troop of believers in the Confederate cause refusing to acknowledge the surrender of the Civil War. Alexandro Jodorowsky spends a considerable time over two incidents establishing Ralton’s cruel and unforgiving nature before switching to Blake, a peaceful man and his native American wife wondering why their fifteen year old son isn’t back for lunch. Ralton’s heading their way. The drama is compelling enough and François Boucq’s art so character rich and expansive that it doesn’t occur to wonder who Bouncer might be, and the part he has to play.

Bouncer is named after his job maintaining order at the Inferno saloon, at which he’s very capable despite having lost his right arm. As much of the remaining story is flashback preparing the way for the concluding episode, we learn what happened to his arm, and of Bouncer’s dysfunctional relationship with his two brothers. Cain’s Eye (or the Eye of Cain in later translations) is a massive diamond that comes into possession of Bouncer’s family, and in the manner of a parable, corrupts them.

Boucq was once slated to take over the art on the Blueberry series, so took a trip to the USA to discover the vastness of the American West and its scenery. The Blueberry gig never materialised, and it’s reported that since starting Bouncer Boucq has avoided all Westerns to ensure an artistic purity prompted by his memories. Pretty well any Western myth is evocative, so whether or not that’s true, it’s a nice consideration when viewing his pages. He’s consistently imaginative, on one occasion stretching three thin panels across a spread, and designs a memorably haunted cast.

Over following following volumes, Jodorowsky’s plotting would become ever more inventive, but in Cain’s Eye he keeps matters pretty traditional, wearing the influence of Sergio Leone’s cinema Westerns on his sleeve. It’s no coincidence that flashbacks are an integral storytelling device, and that three brothers feature significantly in this opening story. There are, however, some hints of what’s to come over the series as Jodorowsky’s mission at times seems to be reproducing every stock Western sequence on his own terms.

This is the opening segment of a two part story, but the conclusion wasn’t published in English until three years later, and then coupled with this content in the bulkier Raising Cain. A better bet is to ignore both and instead head straight for the massive hardcover Bouncer compiling translations of the first seven graphic novels. 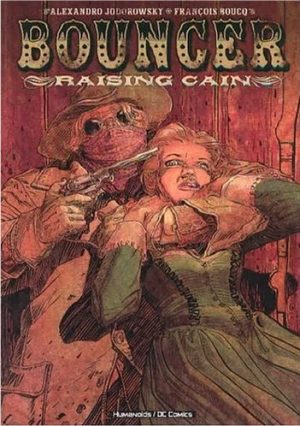 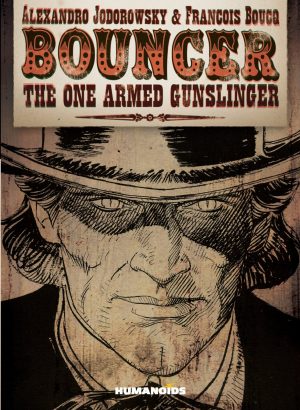 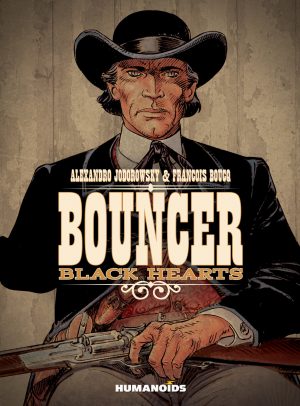