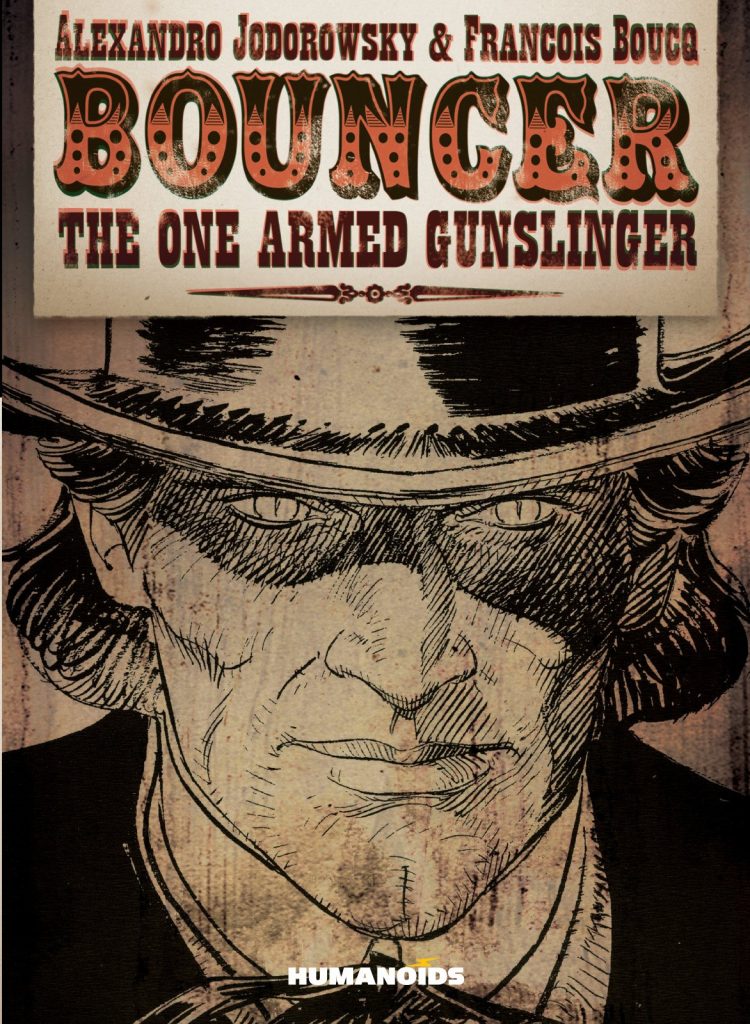 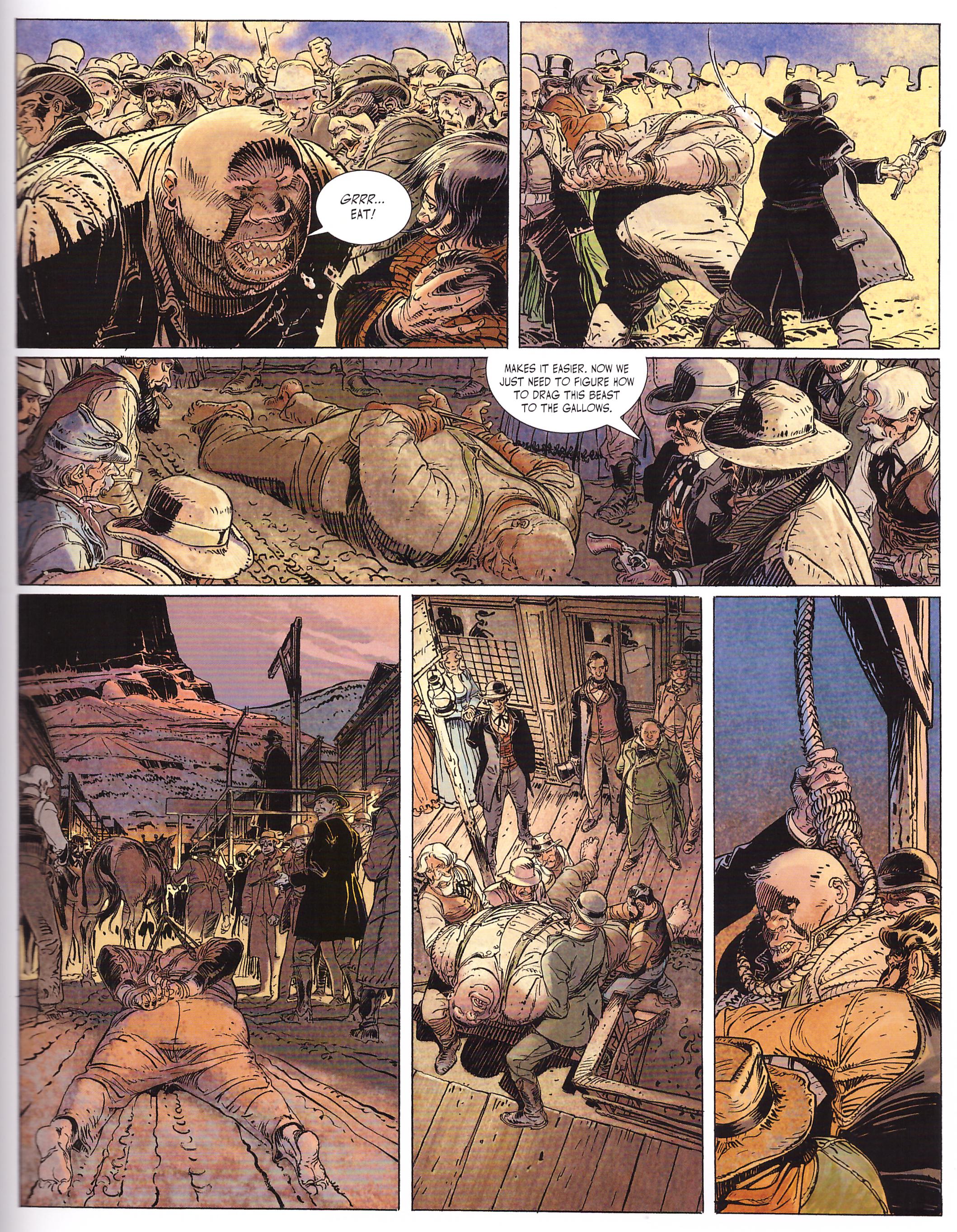 Raising Cain introduced Bouncer, named after his job as trouble queller in the Inferno saloon. He’s very good at what he does, a sure shot despite missing his right arm, and has a level of respect in Barro City in the late 1860s, which is why he’s among the civic dignitaries from whom a new hangman is randomly selected when the previous incumbent is murdered.

Bouncer’s introduction had its perverse moments, but was relatively standard in the way common Western themes were applied. With this content, combining the third, fourth and fifth books in the series as published in Europe, Alexandro Jodorowsky stretches the concept of what a Western can be. He introduces very modern ideas, one being the cannibalistic child killer to be hung in the opening section, out and out wackyness, such as a killer whose preferred method is to throw a venomous snake at his victims, and near Shakespearean tragedy. A second hanging scene covers that. Comparisons can further be made with noir crime fiction, as Bouncer meets the condotions of being the perpetually downtrodden protagonist who sets the crime to rest, but at great personal cost, surrounded by the worst humanity can offer.

Jodorowsky is a frenetic writer for whom ideas are seemingly no problem. They just come tumbling out, and he has limited patience for seeing them through before moving on to the next one, so giving Bouncer an appealing urgency. The rush is slowed a little by the composed art of François Boucq, who’s magnificent. He suggests cinema via the use of long panels stretching across the page, and adds to that suggestion with an extremely graceful presentation of movement during action scenes. The needs of the plot mean there’s less scenery for him to draw here, but he compensates by fleshing out Barro City, its surroundings and its inhabitants. It’s first rate design and first rate visual characterisation.

Hovering over the entire proceedings is Clark Cooper, a wealthy landowner with aims of standing for the presidency, and unconcerned about squashing anyone in the way of his acquisitions or his ambitions. He’s in the tradition of arrogantly overbearing Western villains hiring others to do their dirty work, enabling some memorable character designs from Boucq as he runs through henchmen. While Jodorowsky continually has several subplots on the boil, he resolves everything very neatly, by which time he’s also revealed how Barro City was founded, revisited Bouncer’s parentage, and set an extremely high standard of entertainment.

The One Armed Gunslinger stands up very nicely as a memorable single story, and as such is well worth your time. Alternatively, it’s collected with Raising Cain and two further French albums combined in English as Black Hearts in the hardcover Bouncer.