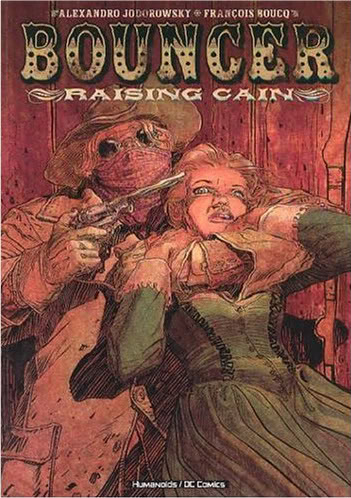 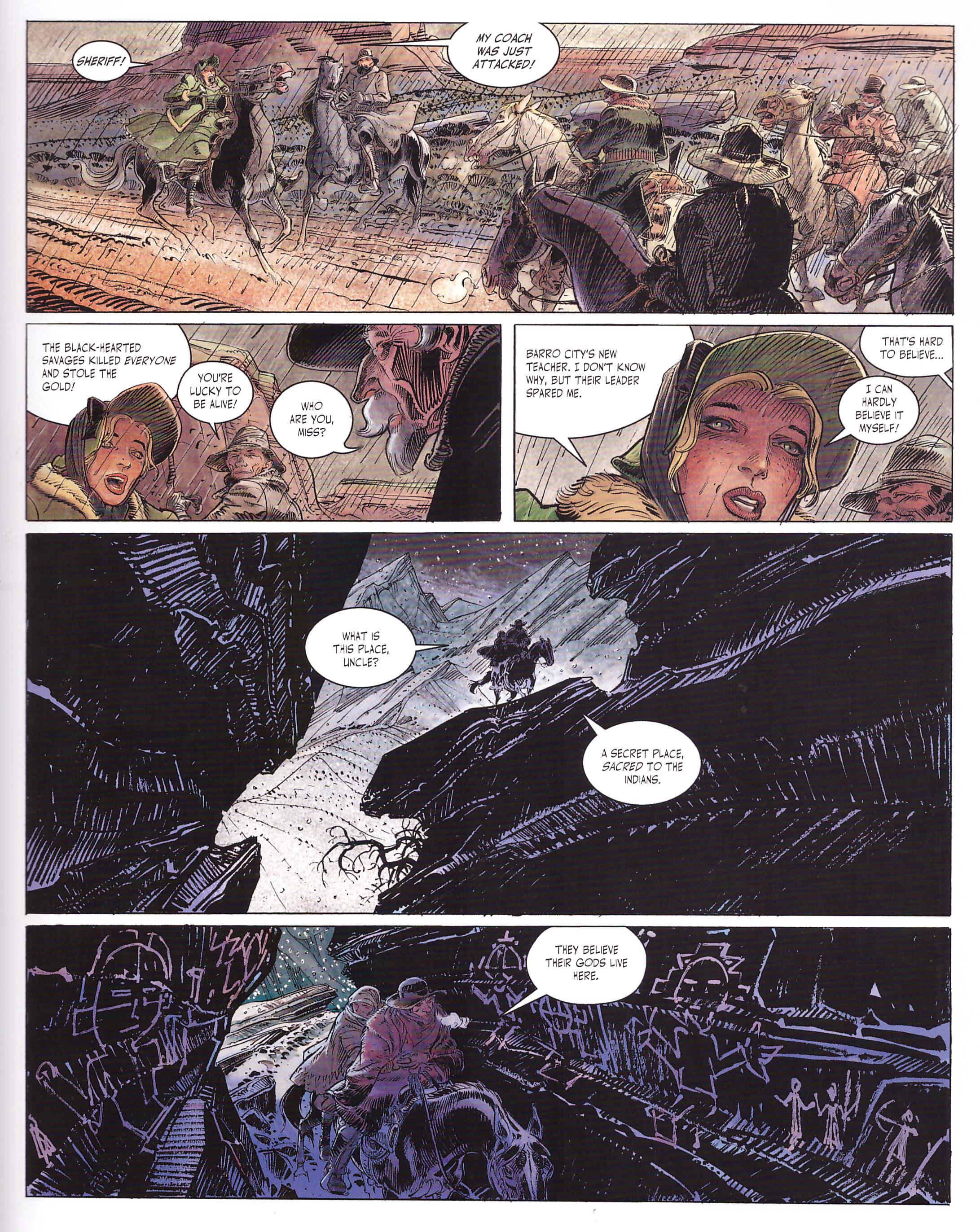 Raising Cain combines translations of the first two Bouncer books. While a top class series, this may not have pleased potential buyers in 2005 as Humanoids had three years earlier published the opening volume as Cain’s Eye, but not the conclusion. Anyone unable to read French, had a choice amounting to buying this combination, or doing without.

Bouncer is named after his job maintaining order in a saloon, and never called anything else. He’s one of three brothers raised by a mother who lived a hard life and made her money where she could. If this involved selling her body, that’s what she did, although as the flashback segments show, life did become easier. Taking his cue from Sergio Leone westerns, Alexandro Jodorowsky makes flashbacks an important feature of Bouncer, and in later books he’ll revisit what’s revealed here and expand on some elements. Another flashback concerns how Bouncer became such a deadly shot despite the handicap of missing his right arm.

Dysfunctional families feature throughout Bouncer, with Bouncer’s own being the first, but not the only example in Raising Cain. The cause of most of their later problems is a massive diamond, the Eye of Cain, bringing out the baser characteristics of all family members. Eccentrically, despite having the series named after him, Bouncer’s not seen until halfway through the opening chapter, and spends most of the book accompanied by his nephew Seth, in whom parallels are drawn with the younger Bouncer.

Looking at the art, it’s difficult to imagine that Francois Boucq was once best known for his cartooning. His Western landscapes are superbly evocative, and he accentuates the space by having his characters dwarfed by it. With Jodorowsky’s scripts influenced by cinema, Boucq accentuates the feeling of watching a film, by the frequent use of long, thin panels stretching across the page, and his cast designs are exceptional. There’s no mistaking one person for another, and very few of them are conventionally good looking, with most having a worn appearance, reflecting the hard life they lead. Several of the characters introduced here are needed for the long term, and they all bear the hallmark of effort.

Although much of this opener is relatively traditional, it still works as a sampler of what Bouncer has to offer. A better bet, however, is the hardcover Bouncer collection combining translations of the first seven Bouncer albums. Tbe next collection is The One-Armed Gunslinger.