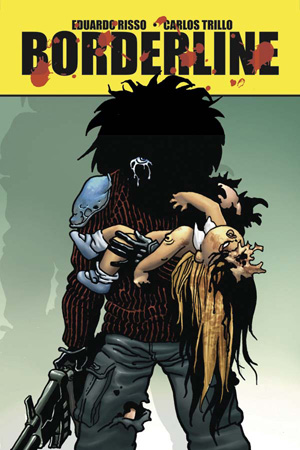 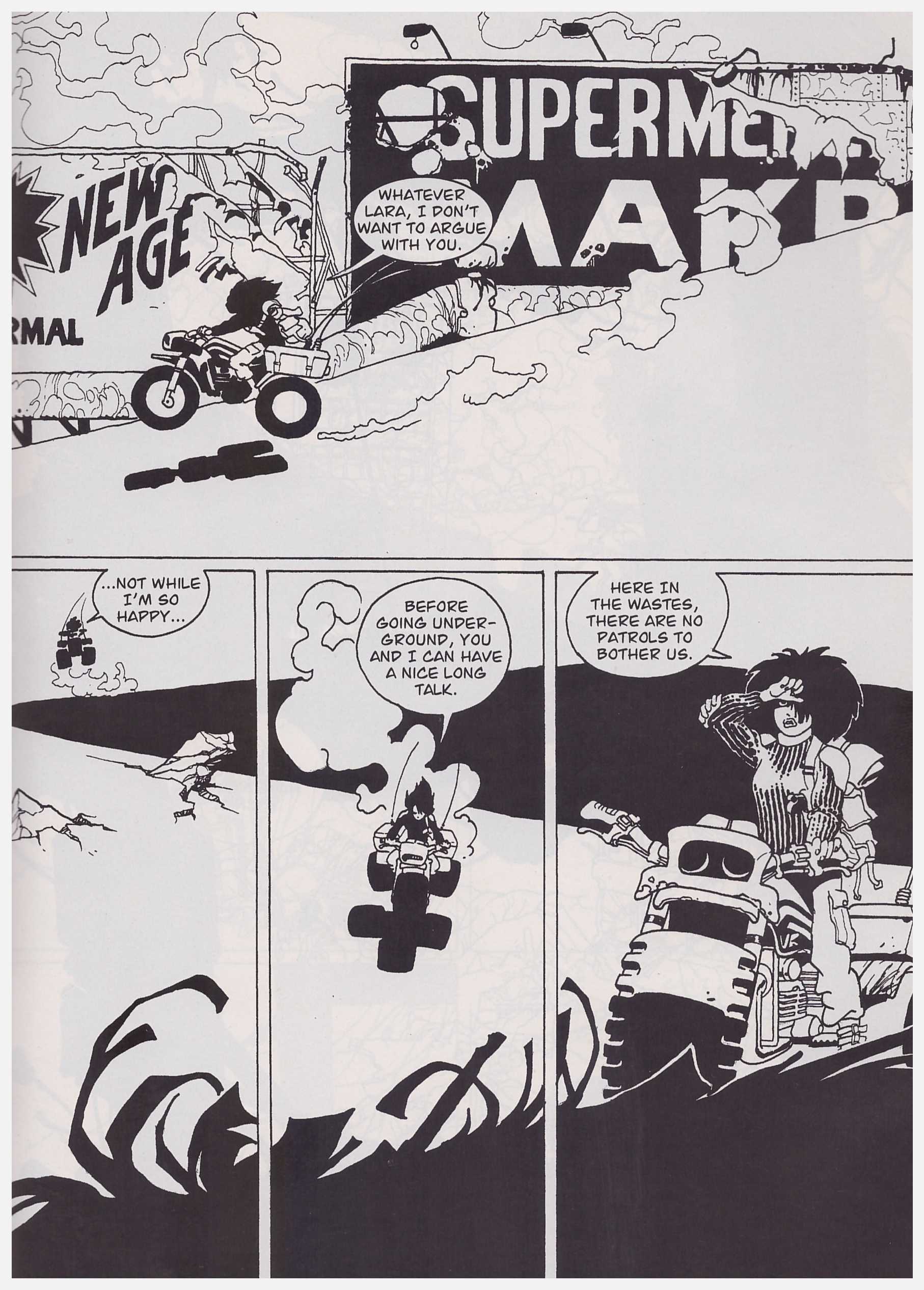 Anyone hoping for some relief from the unrelenting misery that characterised Borderline‘s opening volume had better look elsewhere, as this is every bit as bleak.

We have two organisations known as the Commune and the Council housing the world’s rich inhabitants, and whose influence is far reaching. Separating them is the Borderline, a nuclear wasteland occupied by the deformed have-nots scrabbling for any form of living while attempting to avoid abduction for replacement body parts and hooked on the drugs supplied by the ruling elite. In the first volume tit for tat raids deprived the leading men of both organisations of something essential to their well being, and both are desperate for replacements.

There is a human heart to this canvas of despair painted by Carlos Trillo and Eduardo Risso, opposing guns for hire who were once lovers. Chase and Blue are now fractured individuals, each remembering their pasts, but for differing reasons not entirely. Trillo’s scripts now pull a little further away from those characters, honing in on others existing in the dystopian repugnance he’s created, although this results in no diminishing of the horror. The new terrors introduced include creepy artificial life locked in a box, lemming-style suicide runs, and other assassins. The world is underlined when a poor little rich boy who’s had an argument with mummy decides to leave his pampered closeting and live in the wasteland.

While in stark black and white, and in stylistic terms owing a debt to Sin City, there’s a very cinematic quality to the terrifying society as depicted by Risso. He’ll pan slowly across smoke-filled devastation while honing in on vehicles, or offer an unvarying viewpoint of a man in his cell as we examine the sparsity during an internal dialogue.

Once again, moments of respite for the tormented are few over the eleven chapters. Maybe volume three will offer a glimmer of light. 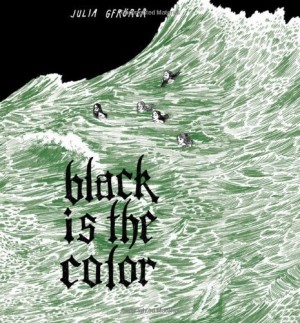