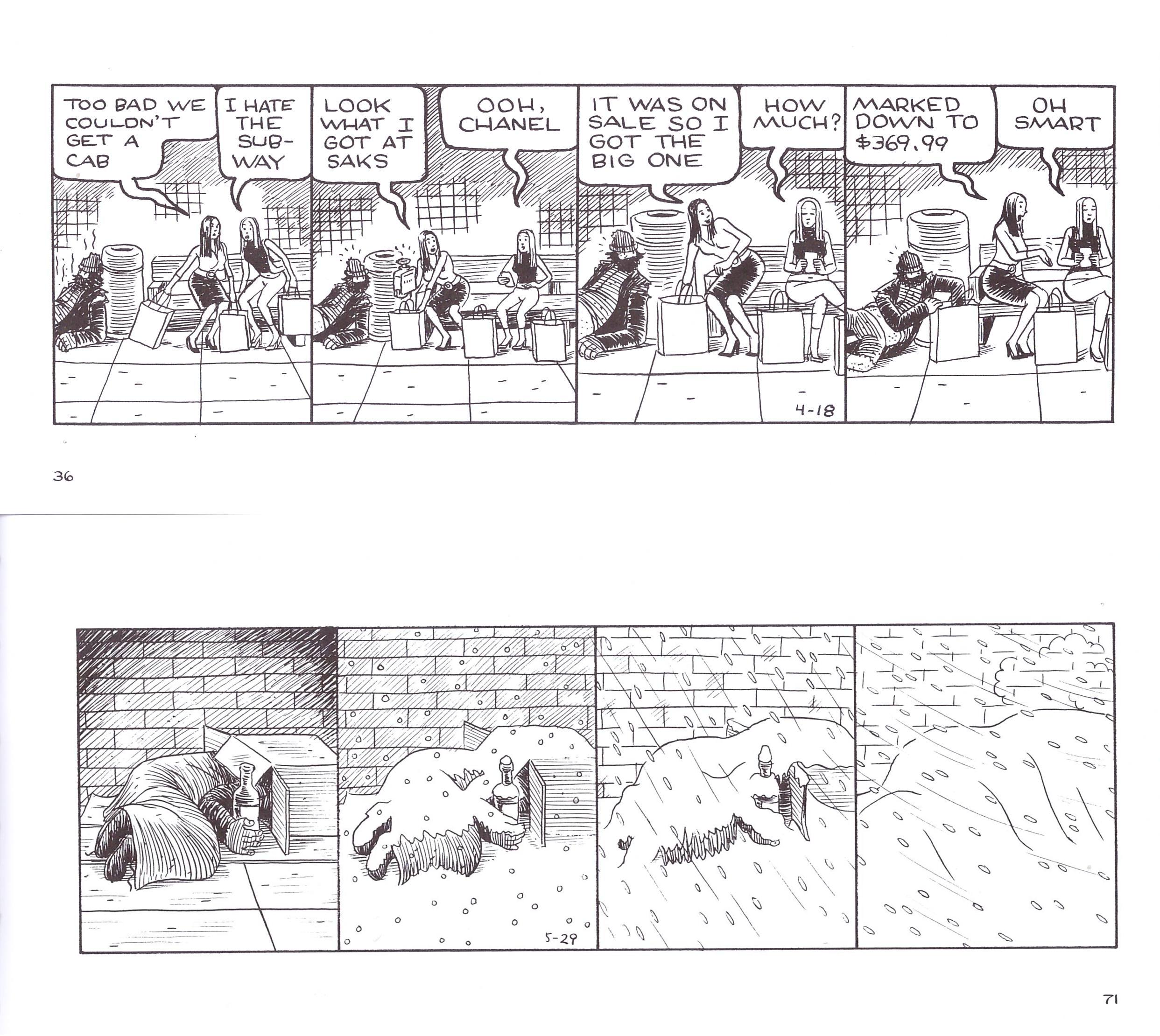 To begin with Borb stimulates conflicting reactions. On the one hand it’s often very funny cartoon strips about the misfortunes of a homeless guy, 75 of them. On the other, at the start at least, there’s an unease about how it could be seen as ridiculing those who’re down on their luck. It takes a while to recognise that Jason Little has a point to make and is chronicling a tragic path via four panel strips. At the end it’s explained Borb’s inspiration is a guy who lived in Brooklyn out of a shopping cart, and Little suggests contributing to a housing initiative project, namechecking pathwaystohousing.org.

Little warms up with some obvious jokes, but then applies a greater sophistication, continued narrative over several strips and drawing attention to the problems people like Borb face, eventually revealing the circumstances leading to Borb being on the street. In the course of that the tone shifts greatly from slapstick to strips where the punchline is poignant, or where the traditional punchline is absent.

The quality of the art is first rate, Little manipulating the audience masterfully into laughter or sympathy in primarily wordless strips, yet drawn as if it’s Frank King’s Gasoline Alley. That feeds back to an era where the homeless and addicted appeared in newspaper strips and silent films, people who had no control over their circumstances presented as subjects for ridicule. Even today all too many smart people maintain the pretence that anyone in such a state is responsible for their own downfall, and Little’s pointing out some uncomfortable truths about the world’s richest economy coming at a cost.

Looking back at those early jokes there’s already a sense of impending decline, and that increases once it’s apparent Little is applying a continuity. By the closing sequences he’s moved from slapstick into horror as we see the consequences of Borb’s lifestyle and how his degeneration has affected him, yet the inevitability of his addictions ensures he’ll see only one ending. Borb isn’t an easy read, but that was never the intention. 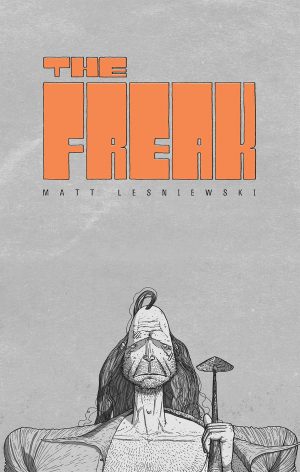 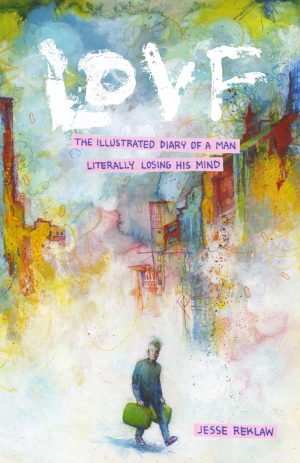