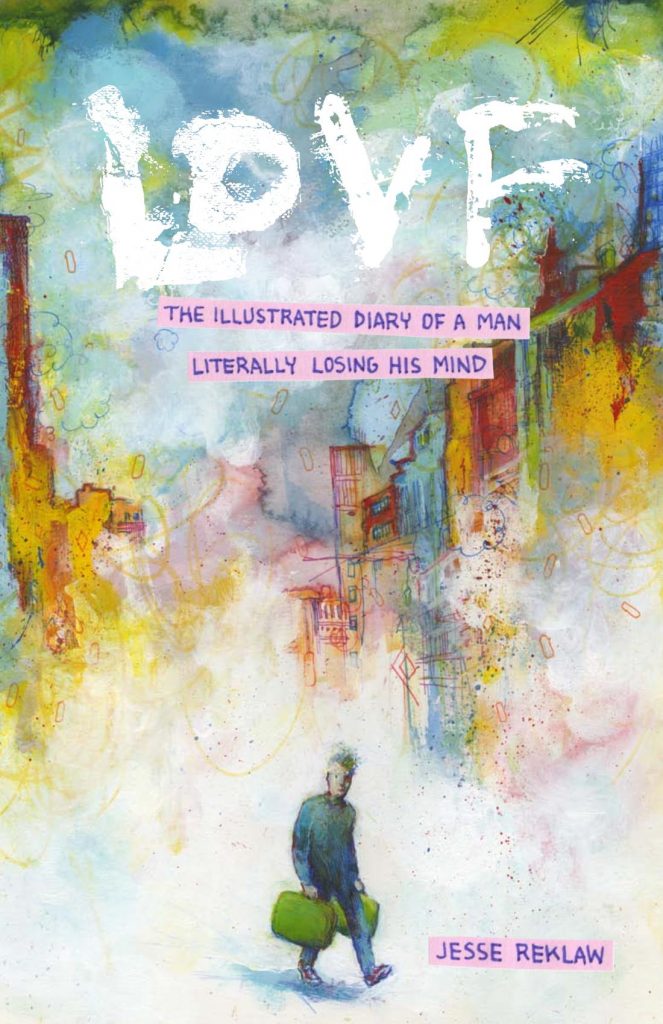 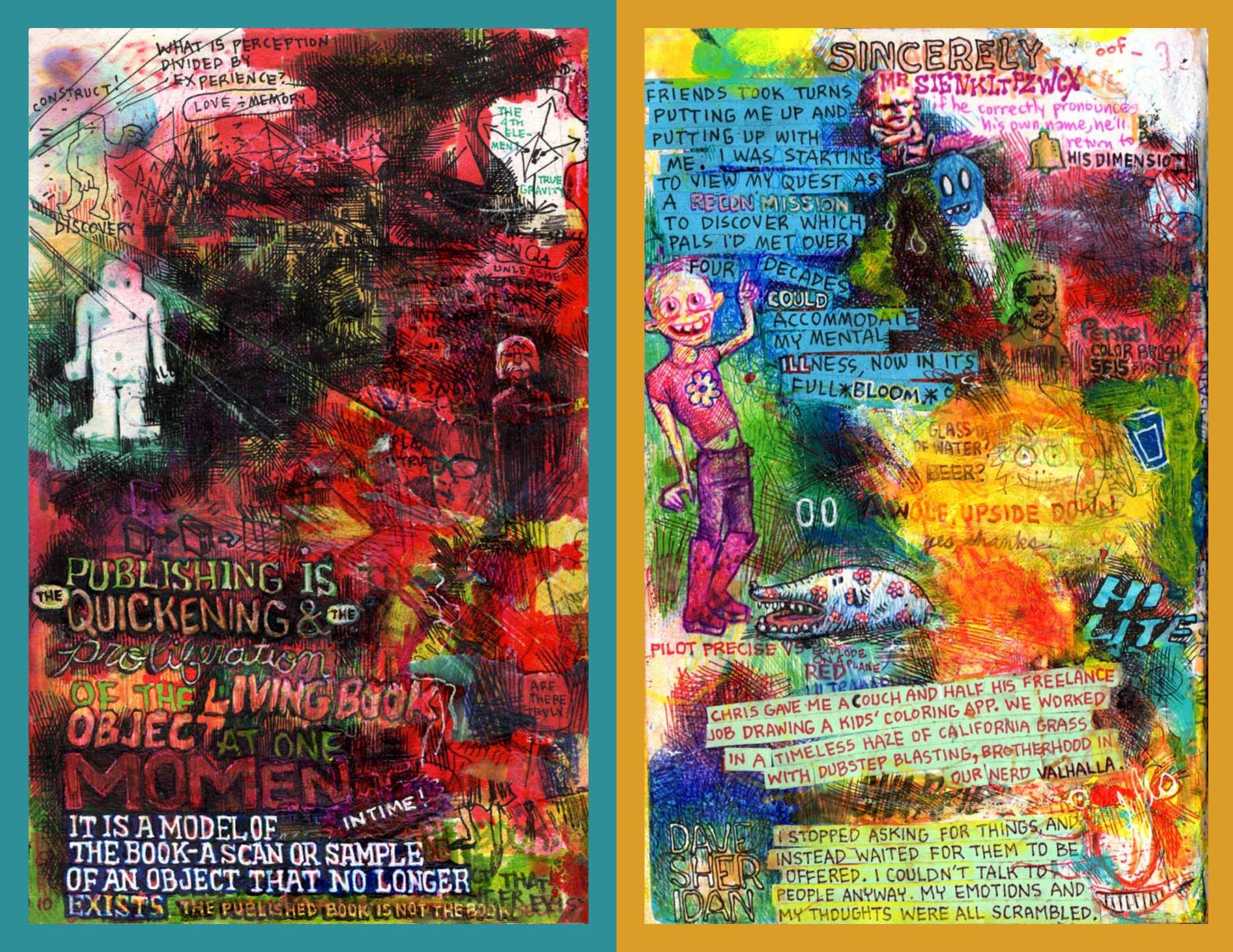 Early in LOVF Jesse Reklaw mentions being diagnosed as bipolar, having thrown out all his possessions, and although it’s not his term, notes that in effect his medical needs are an ongoing experiment aimed at locating the correct mental balance. Reklaw’s chosen subtitle of The Illustrated Diary of a Man Literally Losing His Mind ensures no-one is going to pick up LOVF for an easy read. It isn’t, but not only due to the subject matter, as it’s a form of scrapbook that served as an all-purpose repository for Reklaw during a lost few months, containing notes, sketches, tables, comic strips, and acting as a diary in places and a dream memoir in others. Additionally, reflecting Recklaw’s mental state at the time, each page seems to have been completed multiple times, covered in colour splodges and swirls, some of the old showing through the new, and hand-written slips of paper pasted over the pages providing the continuity. The left sample page represents the less coherent majority, while the right has greater narrative.

Having noted that, LOVF is so structurally dense that there’s something eye-catching on almost every page because whatever his state of mind, Recklaw is a tidy cartoonist and illustrator. Visually it may be a small throwaway character, a more polished portrait, or the ridiculous adventures of some dungeons and dragons folk, while pithy commentary or even just a phrase such as “food swings” will jump out. In between the layered pages are those diary entries updating on progress. Various terrors are detailed such as a succession of ever scuzzier crash pads ending in homelessness, an assault, being stuck in a US State that won’t renew his medication, and a succession of compulsions.

Although illustrated and with a narrative, by most categorisations LOVF isn’t a graphic novel as most people understand the term, featuring only two pages of comic strips, yet is reviewed here to contextualise Recklaw’s other work. While he’s honest about his conditions in Couch Tag and Keeping Score, it seems the incoherence of LOVF gives the greatest insight into how he can be.

Readers of Couch Tag will notice oblique references to the family life detailed there, but many of the doodles, quotes and notes will only make sense to Reklaw, and it’s feasible that was no longer the case as his mental health improved. For all the admitted madness on the pages, whenever Recklaw returns to his own life there’s a fascination combined with the fearful wonder about how the spiral will end. The perceived wisdom is that the longer anyone with mental health issues stays off their medication, the more difficult it becomes to restore an equilibrium in the short term, yet frequent entries refer to avoiding medication. The fear is increased by Recklaw not taking a linear route and until near the end deliberately obfuscating his experiences. A situation briefly mentioned at the start as beginning his dark journey is only explained a hundred pages later.

LOVF is not comfortable reading, but that’s a selfish comment about what was a long dark journey, harrowing, deluded and fraught. Reklaw himself refers to it at the end as the sketchbook of a homeless crazy man. Thankfully it didn’t end as it might have done, although some close scrapes are noted. As it delivers what’s promised by the subtitle, LOVF isn’t going to be all tastes, but it’s powerful, disturbing and with so many sparks of talent among the madness. 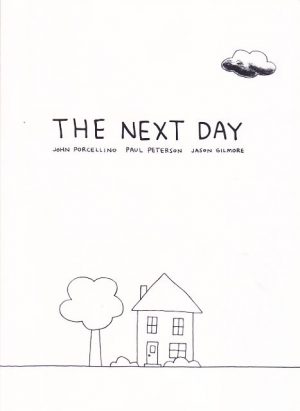