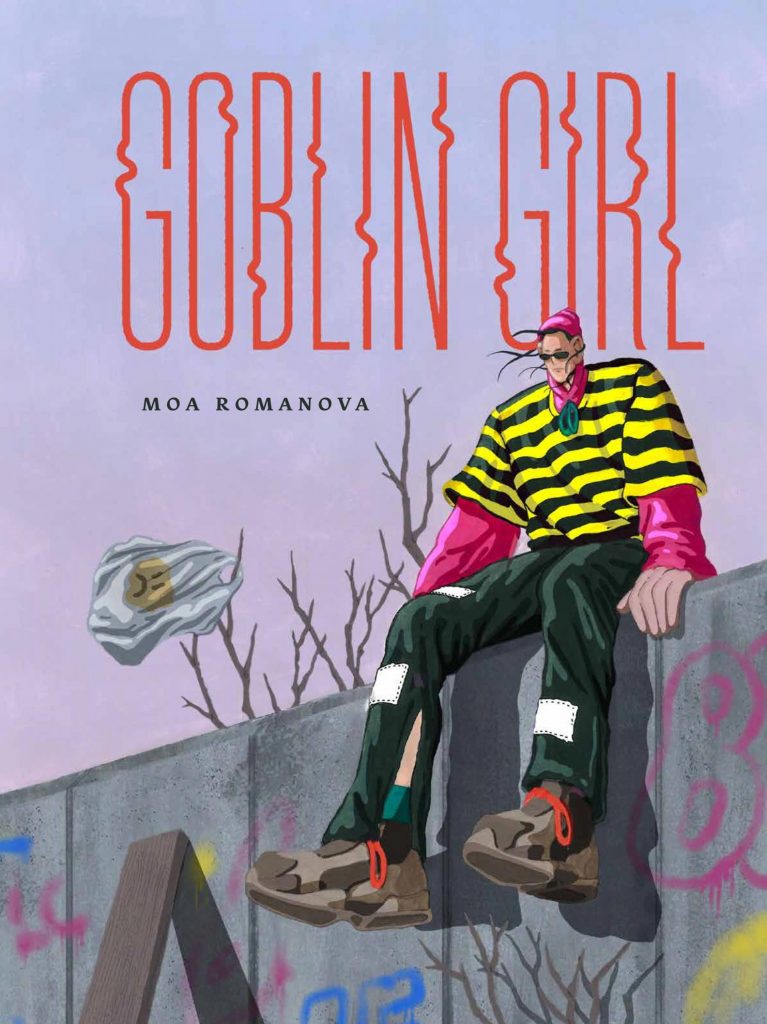 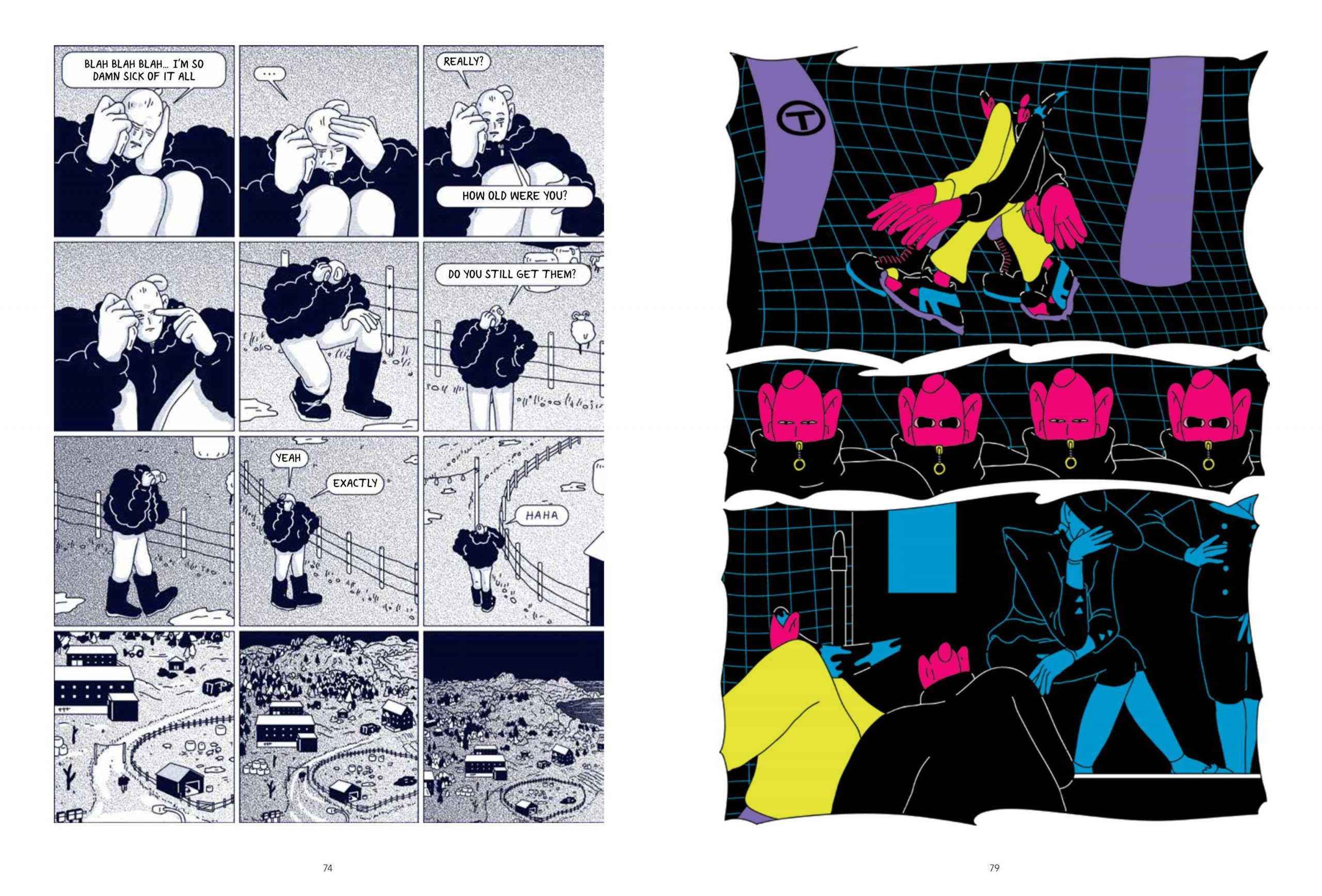 It’s not immediately apparent, but Goblin Girl concerns mental health issues, while the extent of the connection between lead character Moa and author Moa Romanova remains oblique. However, a very clever aspect is that ultimately the honesty of what she presents renders such queries irrelevant.

Moa over the pages has anxiety issues for which she sees a counsellor over an extended sequence, next to useless when it comes to dealing with them. She’s portrayed as large, ungainly and insecure, and is first seen casually flicking through the options on a dating site, ending up with a TV celebrity double her age who wears a bag over his head to perform. Readers will expect that to go pear-shaped, but it also presents the necessary template for the fictional Moa to list grievances endured by herself and others.

To begin with Romanova’s deliberately ugly art and choice to work in black, white and a variety of single colours would seem to have limited appeal, but it’s a stylistic choice. Once the small heads – self-esteem? – imprint themselves, though, there’s a precision bringing to mind a more two-dimensional Joost Swarte. Romanova’s art is a slow appreciative build that constantly takes the reader by surprise whether through the use of visual allusions as touchstones, such as a Moomin representing her mother’s comfort, or an extended metaphorical Manga sequence. A sudden leap into full colour occurs in Moa’s head deliberately contrasting the largely grey world she occupies when awake. The changes are a refreshing and nuanced interpretation of possibility.

Moa’s alienation is ever-present, even with friends who have some understanding of what her day to day life is like, and the way her surroundings are illustrated is hardly conducive to improved mental health. Peace is at a premium, the streets are treated as a dumping ground and possible aids turn out to be totally unsuitable. A sequence with a cat provides the book’s funniest scene, and while there are others, they’re few and far between. Ultimately we’re given a glimpse into an ordinary life with an affliction that offers restricted hope and little understanding. Some people will be deeply affected by Goblin Girl, and a few will see their own lives reflected, but it’s something that should speak to a wide audience and provide that audience with a greater understanding. It won an Eisner Award in 2021 for Best US Edition of International Material.