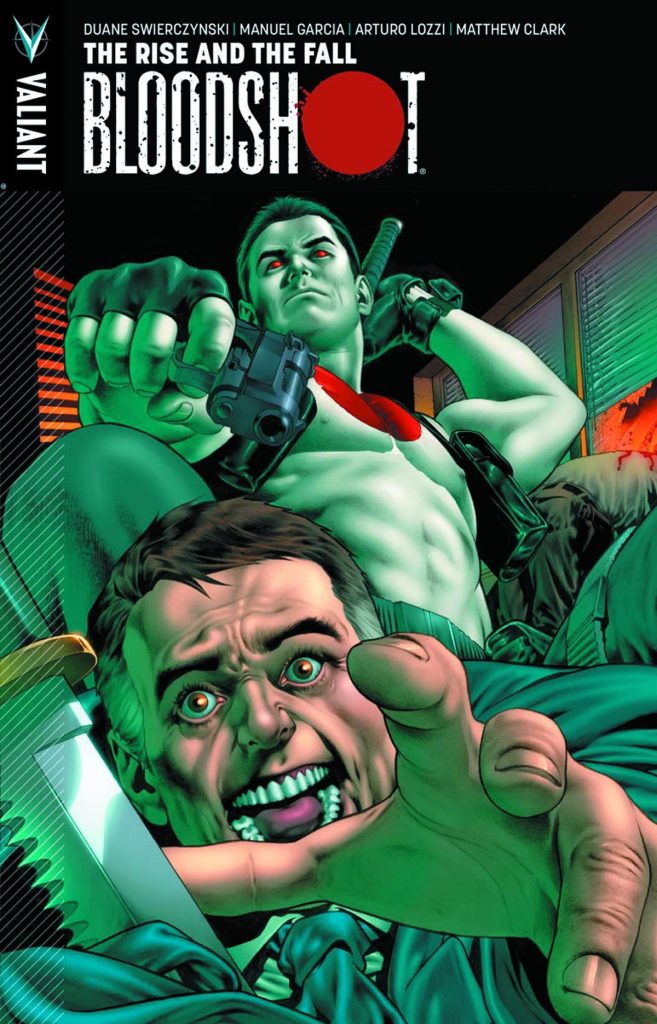 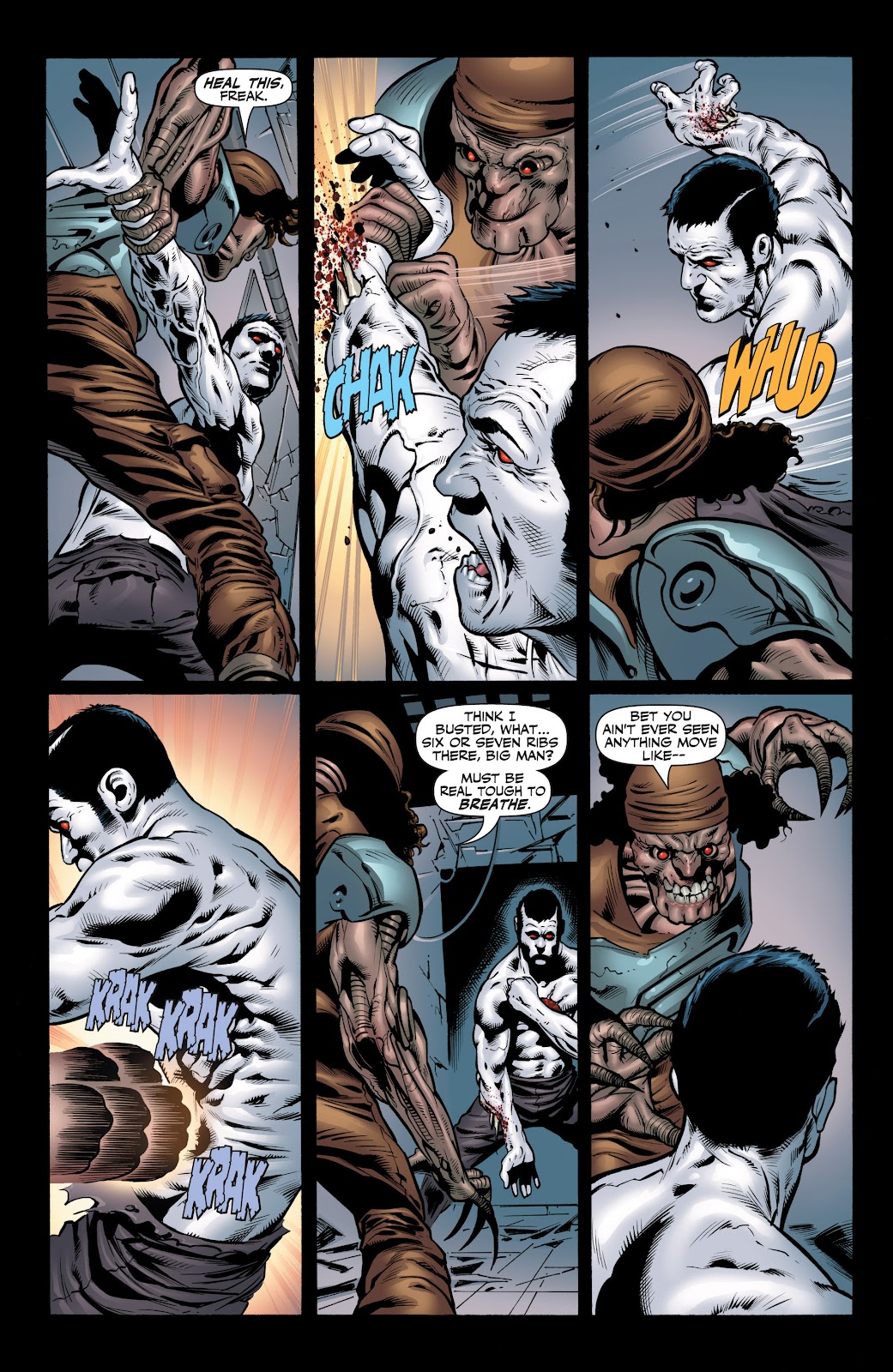 As The Rise and the Fall opens Bloodshot is travelling with paramedic Kara Murphy and young Psiot Melissa Krajnak, previously held captive by Project Rising Spirit. That’s also the organisation responsible for Bloodshot’s creation and programming him with false memories, although Manny Kuretich, the programmer of the false memories, has gone rogue, made details of past covert military shenanigans public and is now also targeted. What was effectively a prolonged chase scene in Setting the World on Fire saw Bloodshot repeatedly killed in bloody fashion, then revived by the nanites in his blood, and between volumes he’s connected with Kuretich.

The Rise and the Fall concerns Bloodshot’s violent invasion of Project Rising Spirit. It’s well defended, and despite Duane Swierczynski setting things up to have readers presume Bloodshot’s got it in hand, he faces considerable opposition, although the overall plan is smartly rolled out.

At first it seems an interlude chapter is poorly placed, cheaply extending the previous chapter’s cliffhanger ending, but it’s actually essential. It supplies background lacking in Setting the World on Fire, more information about the cliffhanger, some insights into military motivation, and a catch-up on Bloodshot’s capabilities. It’s drawn by Matthew Clark in a looser style than Manuel Garcia on most of the remainder, but as it’s a flashback that’s fine, and Clark brings a grittiness to combat scenes that Garcia’s clean style lacks.

Much of what plays out has its background in the wider Valiant universe, where sinister organisations imprison and brainwash children with super powers, referred to as Psiots. Indeed, the actual final pages will only have an impact for readers of other Valiant material. Bloodshot: Definitive Edition collects all three volumes of Swierczynski and features a back cover review quote considering it “wall-to-wall ass-kicking”, and that just about sums it up. The violence, though, is gruesomely detailed to a level far greater than normal in superhero material, earning an adult designation.

This is a more satisfying outing from Swierczynski, largely set in the single location, but supplying answers and motivation previously lacking. The exception is Murphy’s conveniently sketchy reasoning, but she plays a significant role. By the end there are numerous powerful forces on the loose, all uncertain and mistrustful, and a great and very different villain plays their part. The ass-kicking continues all the way, leading into the following Harbinger Wars.