Bloodshot: Setting the World on Fire 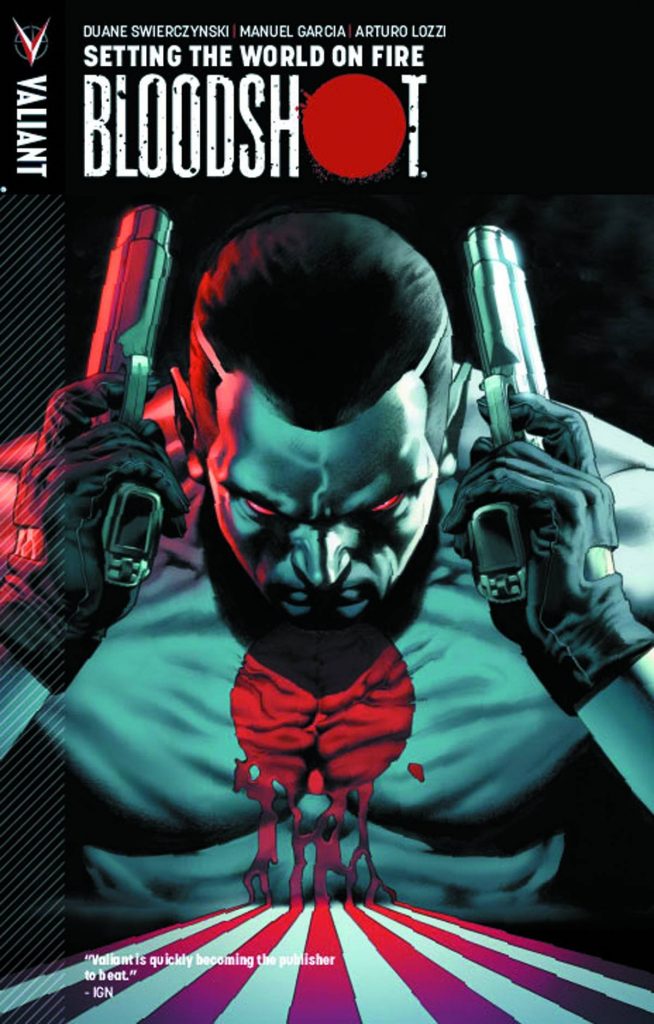 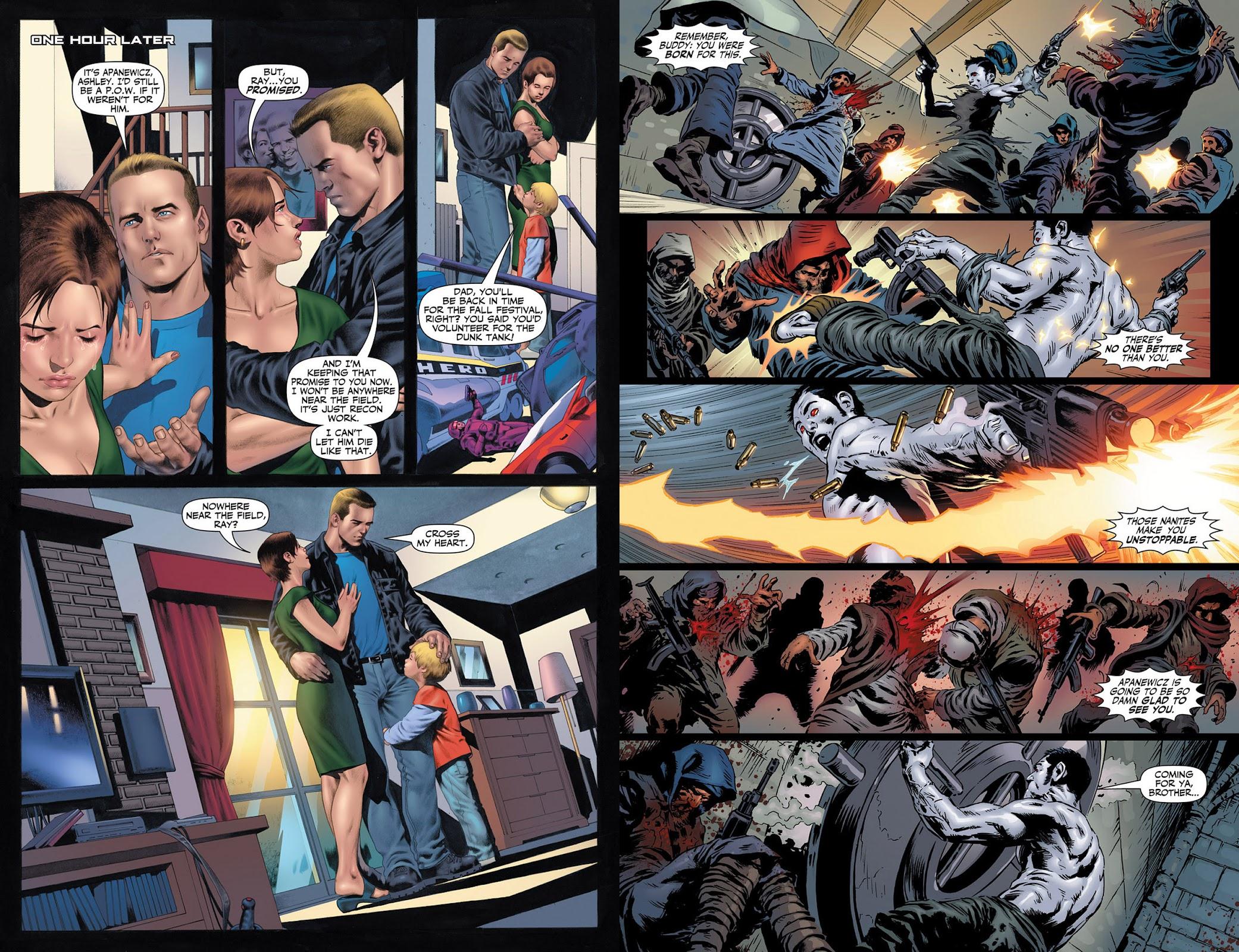 Setting the World on Fire is a reboot for Bloodshot that eventually pulls him in the direction of Valiant company crossover Harbinger Wars. Bloodshot is activated again by his military masters, but the aspect that most interests Duane Swierczynski is how Bloodshot has been programmed to remember living a normal human life with a family. These are false memory implants used as a method of pacification and control, while keeping Bloodshot sedated between missions. Doctor Kuretich programmed the memories on behalf of the US government, but has now gone rogue and is assisting terrorists. That’s enough for the military to order the entire Bloodshot programme closed down, with no inconvenient witnesses left alive.

The art is shared between Arturo Lozzi and Manuel Garcia’s two very different styles, although that’s accounted for within the plot. Lozzi applies a lush digital gloss to Bloodshot’s programmed memories, but there’s a lack of weight to people, making it look as if they’re floating in places. Garcia’s preferable art is more traditional pen and ink, but excessively violent at times, with one full page of Bloodshot being shot to pieces especially stomach-turning.

While Swierczynski’s plot appears to be meandering, he includes enough action scenes to satisfy, and he’s building up to a clever idea about how to murder a super soldier controlled by computerised nanite intelligence. However, having dropped that surprise there’s not much more to come in what’s eventually revealed as little more than set-up leading into The Rise and the Fall. Bloodshot has learned little by the end, seems to be now following a different path rather than resolving his original confusion and there’s been a lot of blood and thunder, but not much in the way of plot.

All three Bloodshot collections from Swierczynski are combined as Bloodshot: Definitive Edition. 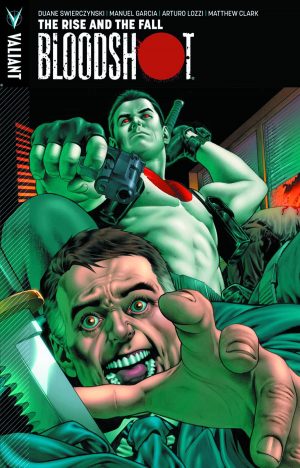 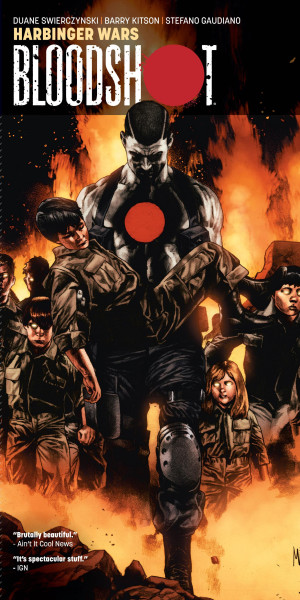