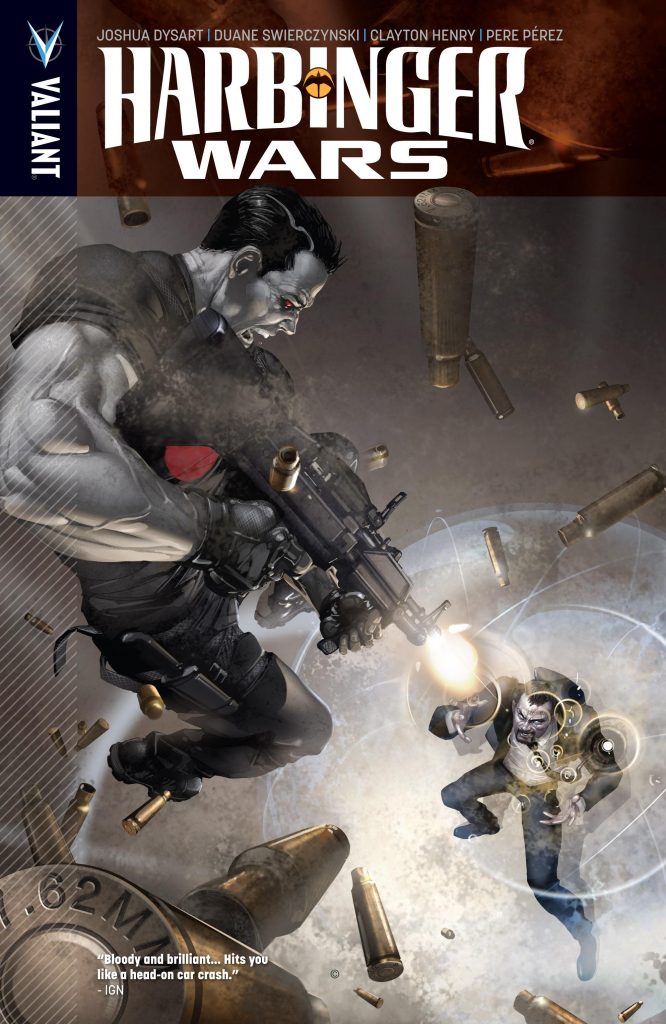 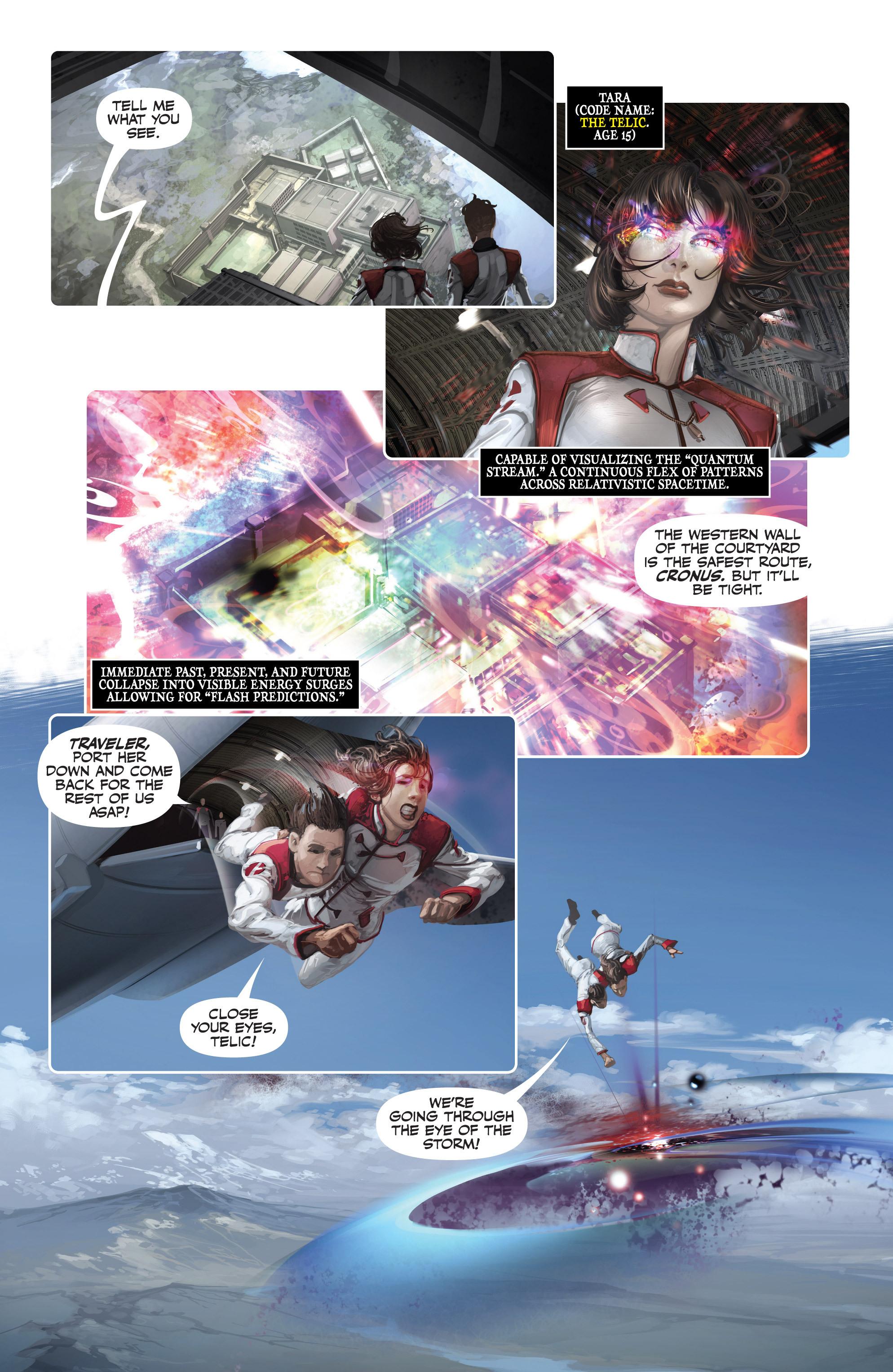 Bloodshot and the characters featuring in Harbinger are set on a collision course in this Valiant crossover, and their regular writers Duane Swierczynski and Joshua Dysart combine to tell sidebar stories slotting neatly into the Bloodshot and Harbinger paperbacks also titled Harbinger Wars. The good thing about this graphic novel is that it informs the stories told in the other titles, but can also be read separately with only a basic knowledge of either feature. The anomaly here is a character called the Bleeding Monk, a powerful precognitive telepath who sees the future and who motivates much of what occurs within Harbinger Wars of all varieties, and that’s not apparent without reading this book.

We open in very different territory, however, as Morris Kozol, a brilliantly conceived slimy business executive lacking a shred of ethical scruples is testifying before an oversight committee. It’s a nice introduction because few people like a corporate slimeball, and it emphasises the concept of enslaved children with super powers. “It offends my sense of patriotism that you would think Rising Spirit would turn over a dangerous virus to the Chinese”, blusters Kozol when confronted with past mistakes, “It was on Chinese soil and utilized their political prisoners to avoid ethical complications”!

Numerous new super powered children are featured, so the writers have to create new powers, and come up trumps with some original designs. One little girl has the power to envelop herself in a giant form of any animal she’s ever seen, but such are the conditions she’s been kept under, she’s only aware of cartoon animals. Two of them work best combining their mental abilities to control people. Another literally sets a monster loose from within. There are some more conventional power sets, but the writers have pulled off no small feat with their levels of originality.

Separately Clayton Henry and Pere Pérez are responsible for most of the art. Both design their pages well, but Pérez is the better technical artist. Henry has a problem with stiff figures and foreshortening, and visually, it results in a bumpy, distracted read. As in the companion paperbacks, everything comes to a head in Las Vegas, and we end with a page drawn by Mico Suayan in which fates are enigmatically discussed. It’s been a good ride overall, and those nostalgic to see H.A.R.D. Corps once again won’t want to miss it.