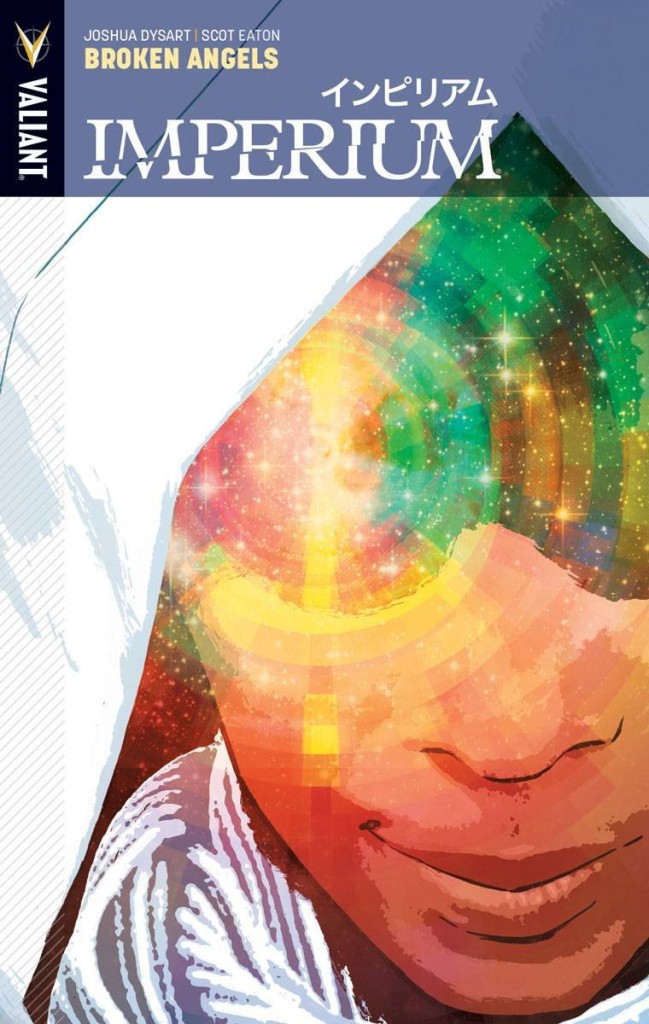 “Call me whatever you like. Your definitions, your isms, your systems, they weren’t making the world a better place, so now we’re doing it my way.” That’s an opening war cry from Toyo Harada the world’s most powerful psychic, who wants to usher in a golden age by uniting humanity via removing the problems of petty nationalism and selfishness. Opposing this is Rising Spirit, a corporate monolith steered by Morris Kozol who likes the way things are, has an ideological aversion to change and a profit-related interest in maintaining the status quo. Into the middle of this has stepped an alien being with vastly advanced scientific knowledge, a lack of conscience in human terms, and an unknown agenda.

It’s a beguiling combination that Joshua Dysart has set up, and was made all the more intriguing by the manner in which each chapter switches the narrative focus between prominent members of the cast, offering different perspectives. The presence of others is maintained by background snippets or direct reference. Unfortunately that ends here after the first chapter in which Harada takes his war to Kozol, hiding under the sea in a giant vessel.

After two chapters there’s an abrupt switch, delivered in the manner of the opening sequence of the previous Collecting Monsters, but it’s far more jarring here, and alters the tone as Harada switches attention to Divinity. Those with memories stretching back to the 1980s might bring to mind the Beyonder, and the way he impregnated every series published by Marvel at the time. It’s intrusive, but stick with it, as the narrative eventually connects again, although the encroachment renders this a slightly lesser book.

The art this time around is by Scot Eaton. Much like Doug Braithwaite on the previous volume he’s an excellent storyteller without a lot of flash to him, although he lets loose with some of the underwater scenes.

A moral ambivalence infuses Imperium. It is of course always the righteous who screw things up, and even at the end of this book it’s not clear exactly who that might be. Cue volume three, The Vine Imperative, which has been very nicely foreshadowed.