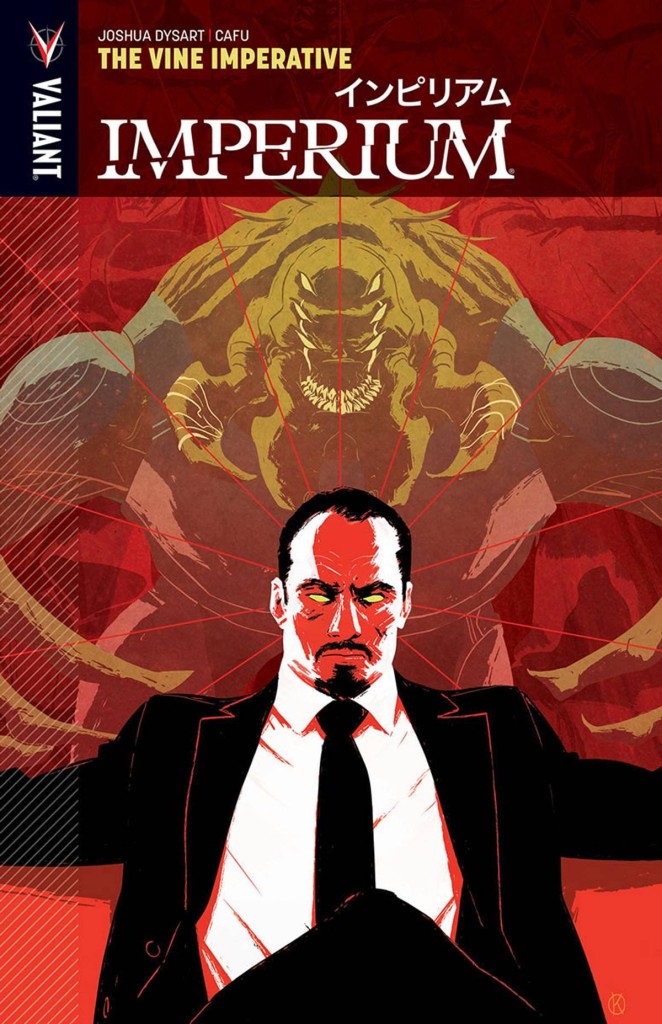 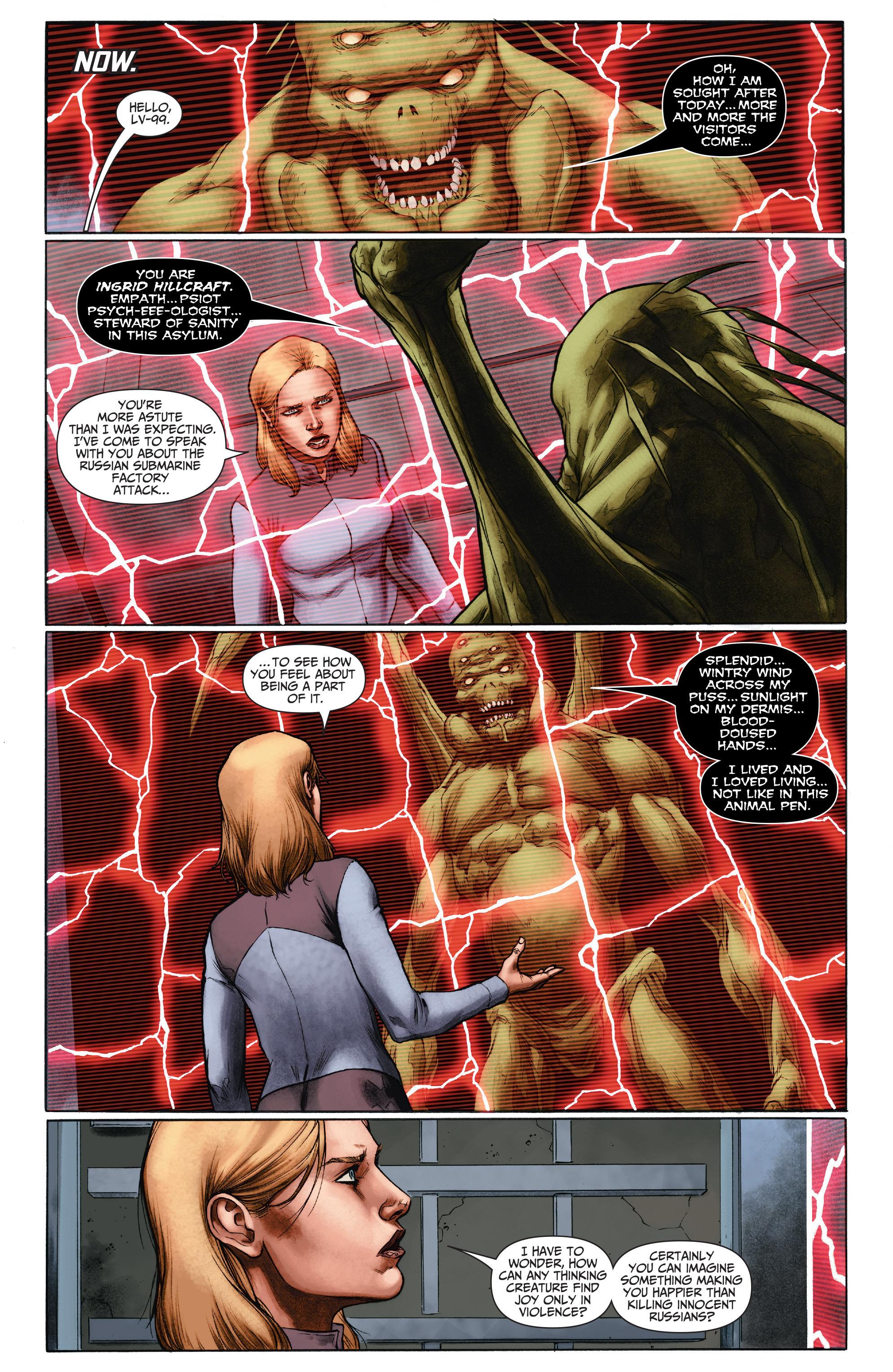 Among the beings Toyo Harada co-opted to work alongside him for a better world was an alien Vine creature genetically programmed to murder him. Amid its DNA coded instructions is a compulsion to contact its race telepathically, which was disconnected. What Harada hadn’t anticipated, though, was that one of the Vine/human hybrids could be smuggled into his secure facility, yet, as revealed in the conclusion to Broken Angels, that’s occurred.

The narrative switches between current events and 1968, with Kano illustrating the present-day sequences and Juan José Ryp handling the past. Time has moved on since Broken Angels, and this is now a world where fear and paranoia has ensured Rising Star anti-psiot technology is routinely placed both domestically and in sovereign airspace. It’s produced around an advertising campaign inducing fear of psychic talent.

Depending on your political viewpoint, the initial undertone of The Vine Imperative is pinko-liberal whining, or justifiable highlighting of regimes committing atrocities in the real world as Harada effects change. Moral debates of one kind or another are threaded through the entire book, with acceptable compromise being the foremost topic.

More than the previous two books, this drops into action thriller territory. Joshua Dysart has introduced a large cast with conflicting motives. Some of those motives are unknown, and some of the cast, it’s revealed, are aware of more than we realised. We’re also given new insight into Harada, the man he was before we first saw him in Harbinger, and his systematic war against the Vine implanted on Earth. There are ethical questions here as well, as for all the Vine’s eventual intentions, is it right to commit genocide? It builds a picture of Harada as extremely morally compromised, and that continues into the present day with the appalling price to be paid for advanced technology, albeit on a small scale, acceptable to him. One focus is “I will invalidate all remote governments’ claims to Africa’s resources and install stable, transparent, indigenous governments across the African equator.” How many lives are worth that level of peace?

Both artists are good, as has been proven elsewhere. Cafu is the stronger storyteller, but it’s possible to absorb oneself longer in Ryp’s pages due to the detail he supplies.

For all the suspense, this is relatively standard material. The flood of ideas that characterised the opening shot Collecting Monsters has ground to a halt. Dysart’s set his table and is now playing with the toys, and that’s a shame. There’s also a problem with the pacing. We build up and build up, drop back into the past, yet when the balloon bursts everything is rapidly concluded, and within a few pages it’s pretty much as you were. The only real change is that we may be down a few cast members, but that won’t be certain until the following Stormbreak.