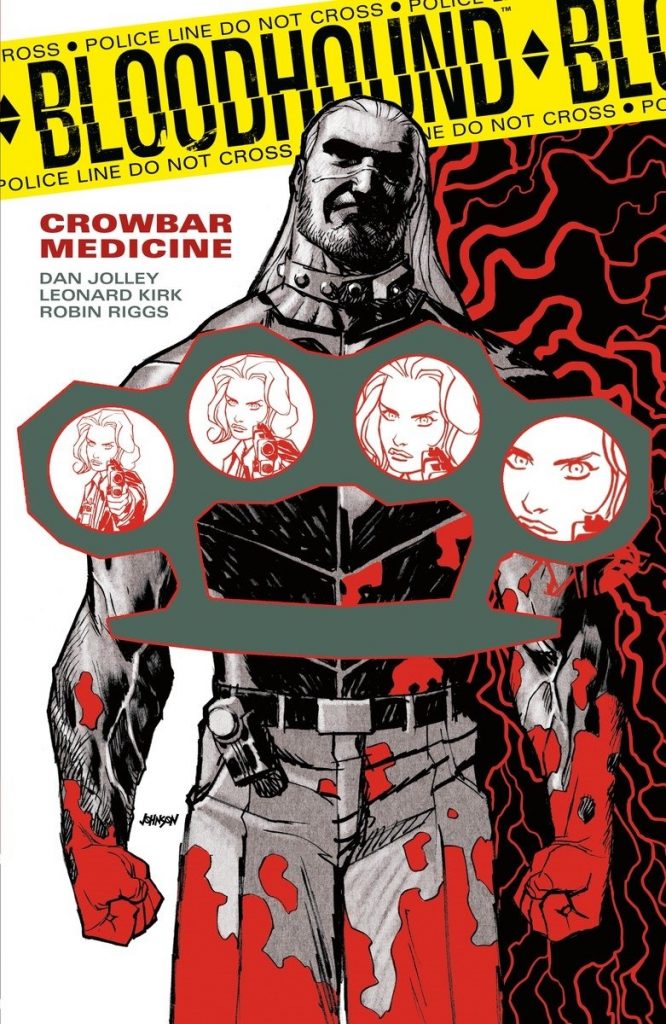 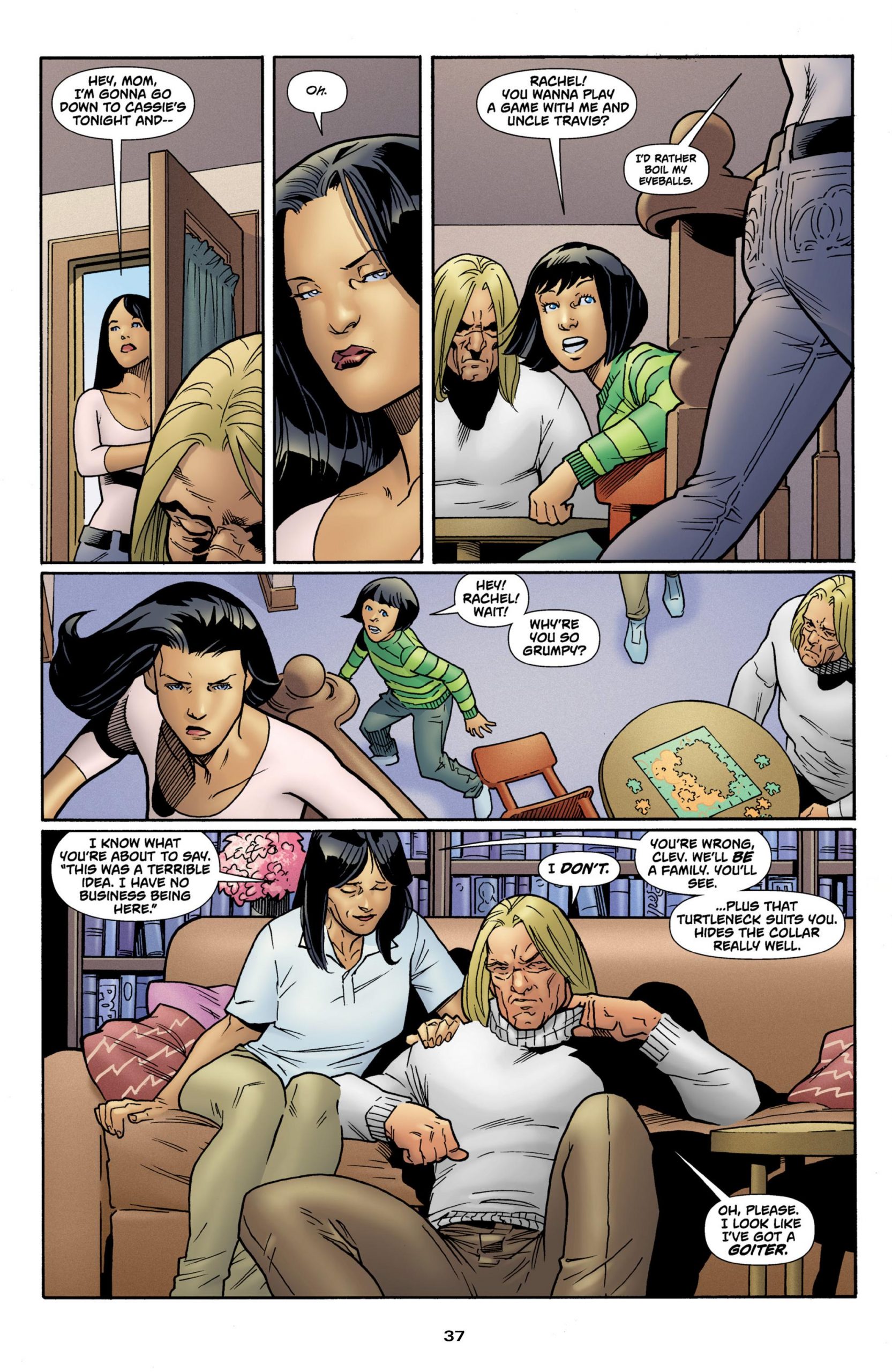 It’s a rare series that bounces back from cancellation a decade later at another publisher, but that’s Bloodhound for you. Plenty of people felt this series about a muscled ex-cop tracking down super powered criminals without costumes didn’t get a fair shake the first time round, and reputation spread. Fresh from collecting most of the original material as Brass Knuckle Psychology, Dark Horse commissioned new material.

He may have a wrestler’s build, but that’s just a consequence of being a disgraced cop in prison, and while imposing physical stature doesn’t hurt, Travis Clevenger’s major talent is an observational and analytical brain. There’s no-one better at tracking superhumans, which is why FBI handler Saffron Bell occasionally arranges his temporary release. After a diverse pair of introductory episodes Dan Jolley introduces his main plot. In the name of the ordinary public being able to protect themselves from the super powered, a rogue scientist is offering super powers to people who apply, after he’s vetted them. This isn’t the only plot element where a parallel is easily figured out, but that’s not an indication of a derivative nature. Jolley’s using archetypes and real world problems to extend ethical issues. He throws enough complications in to propel the story through several chapters, and while Clevenger’s viewpoint is that nothing but bad can come of an offer of super powers, Jolley also spends time with someone considering his options carefully.

Leonard Kirk’s artistic progression could be tracked over the first book, and with ten years more experience, he’s even better here. There’s a lovely clean precision to his panels, and he’s modified his design for Clevenger, whose scars and general appearance now more convincingly reflect the life he’s led.

Crowbar Medicine is an apt description of the blunter elements of a man whose primary weapon is a pair of brass knuckles. Clevenger’s not an easy man to like, but he’s characterised well enough that there’s an admiration of what he can do and an understanding of why he’s that way. It seems to be Jolley’s private joke that Clevenger frequently has to deal with fire, and he applies the crime noir tradition of the protagonist losing even when he wins for a satisfying conclusion. Either volume of Bloodhound provides a decent read, but this is slightly better. 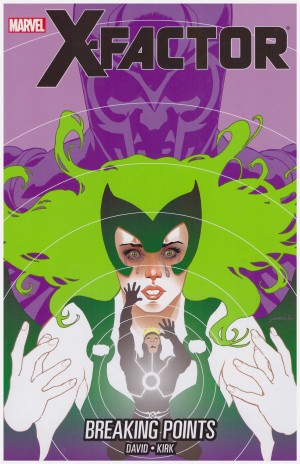