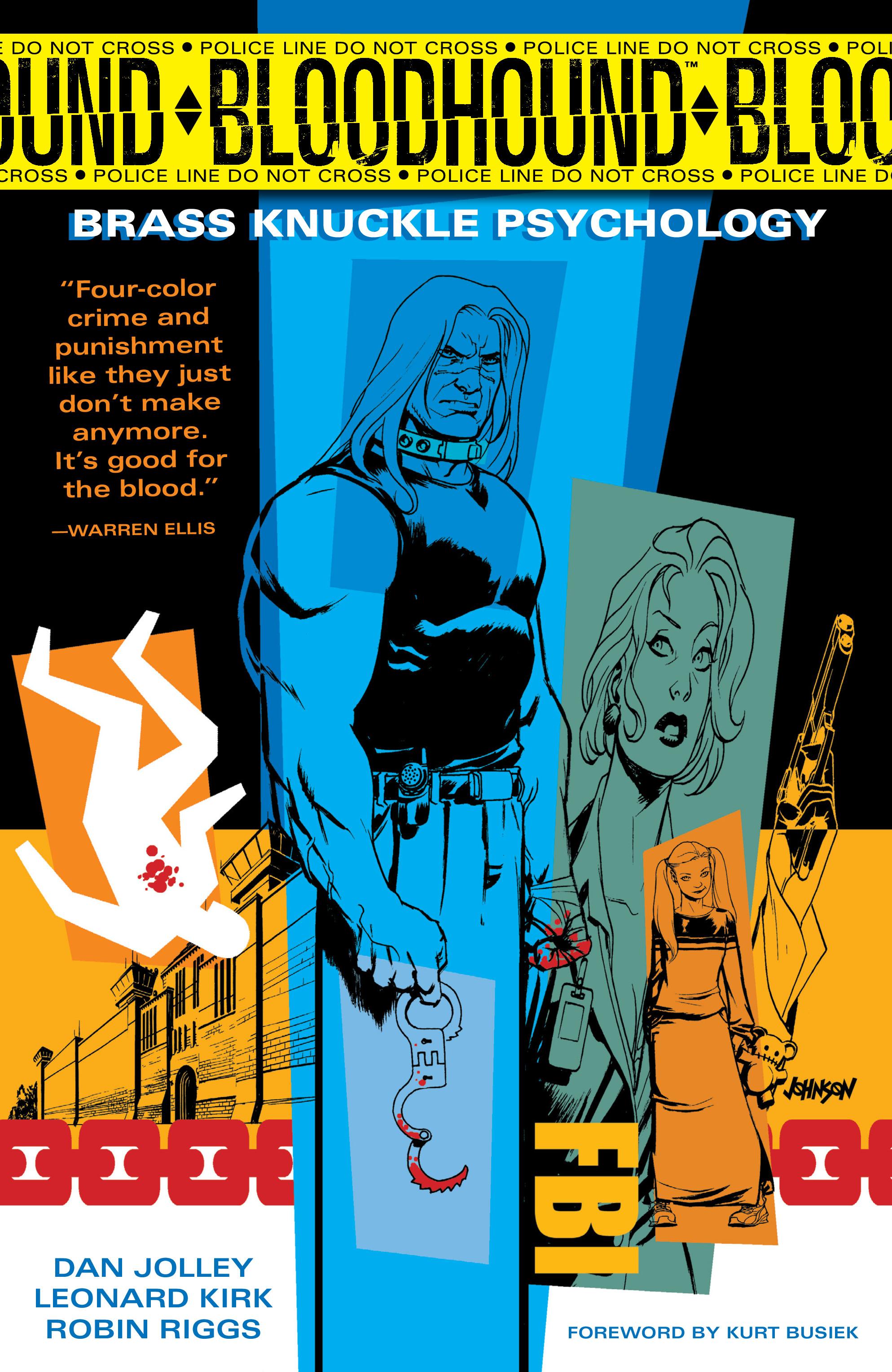 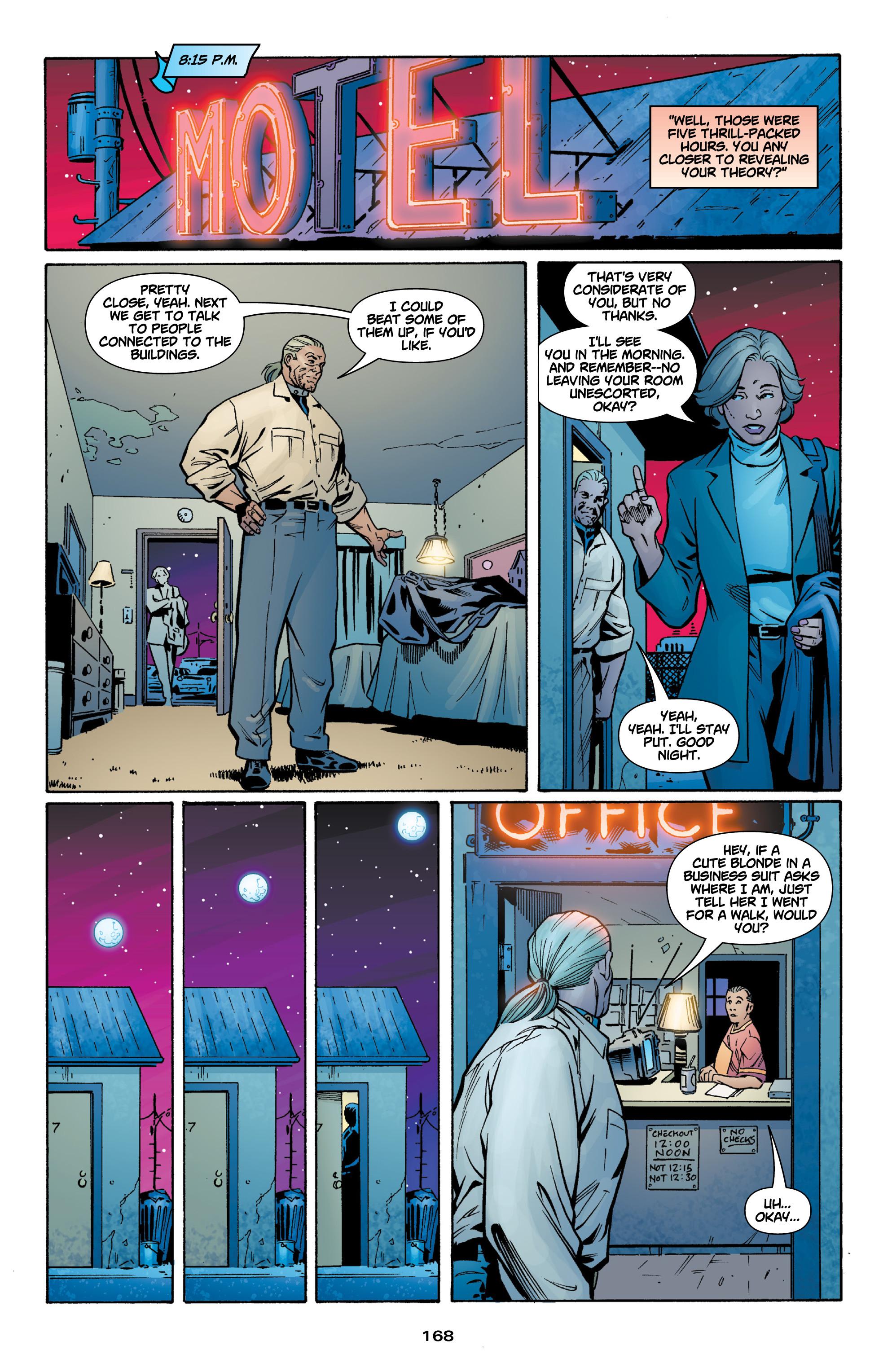 Bloodhound was originally published by DC, where the serialised comics sunk without trace in a world of superheroes, so we should thank Dark Horse for giving this decent crime story a second shot. Travis Clevenger was an Atlanta cop whose speciality was tracking superhuman criminals, until he killed his partner. He’s been in jail ever since, a place where former cops are hated by both the guards and the inmates, so he’s bulked up to Schwarzenegger level and handles everything that comes his way. Then he’s offered a shot at freedom if he helps track down a serial killer. There are good reasons for approaching Clevenger, not least the manner in which he proves his suitability.

Clevenger is released under the control of FBI agent Saffron Bell, quite capable herself, and not afraid to chew people out. The official law enforcement crew is completed by her cowardly and resentful superior officer. The character building is very strong indeed, writer Dan Jolley including many subtle small touches as the relationship between Clevenger and Bell becomes more comfortable over time. With Jolley having established the personalities extremely well, what’s the plot like? Well, there are three of them, each featuring a villain with superhuman talent, and with some reservations about the first and longest, they’re all good. The investigations have a natural touch, and Clevinger’s observational skills and sheer determination, whether involved in mental or physical activity. make for a complex protagonist.

An interesting visual aspect is how artist Leonard Kirk accentuates Clevenger’s bulk in company. It’s established he was once considerably overweight, turning the fat to muscle by working out in prison, and Kirk sometimes draws him as if constricted by the panel borders. It’s an effective trick. What doesn’t work as well is the exaggeration that comes with superhero comics. Clevenger takes a lot of punishment and shots of his bloody and battered face are intended to convey his spirit under punishment, but instead compromise the illusion of this being, more or less, the real world. Otherwise Kirk’s very good, tightening up his illustrations, become more imaginative with his layouts and adding more detail as he grows more comfortable with the strip. Eddy Barrows draws a fill in very competently considering it’s his first professional work.

The one dip is the finale to the opening story, when the intrusion of superhuman elements for most of the episode drops Bloodhound back into more traditional superhero territory. At the time it seems as if the original premise might also be the fatal flaw, but the subsequent plots focus more on detection and less on the superhuman aspects. There is a very abrupt ending, presumably a plot wrapped up sooner than anticipated due to the original comic being cancelled. Those who remember those editions will notice a couple of changes to avoid copyright infringement of DC characters, and an issue that couldn’t be doctored and still leave enough story is missing. 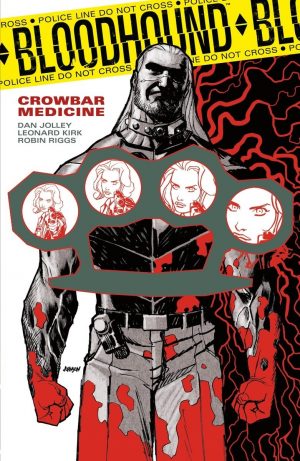 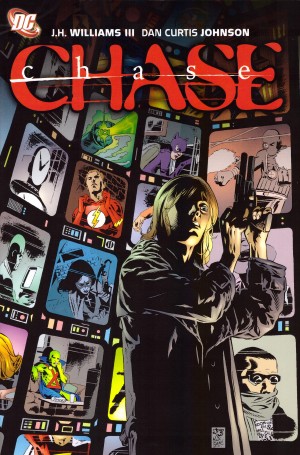 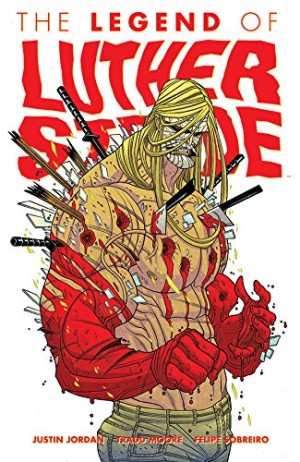