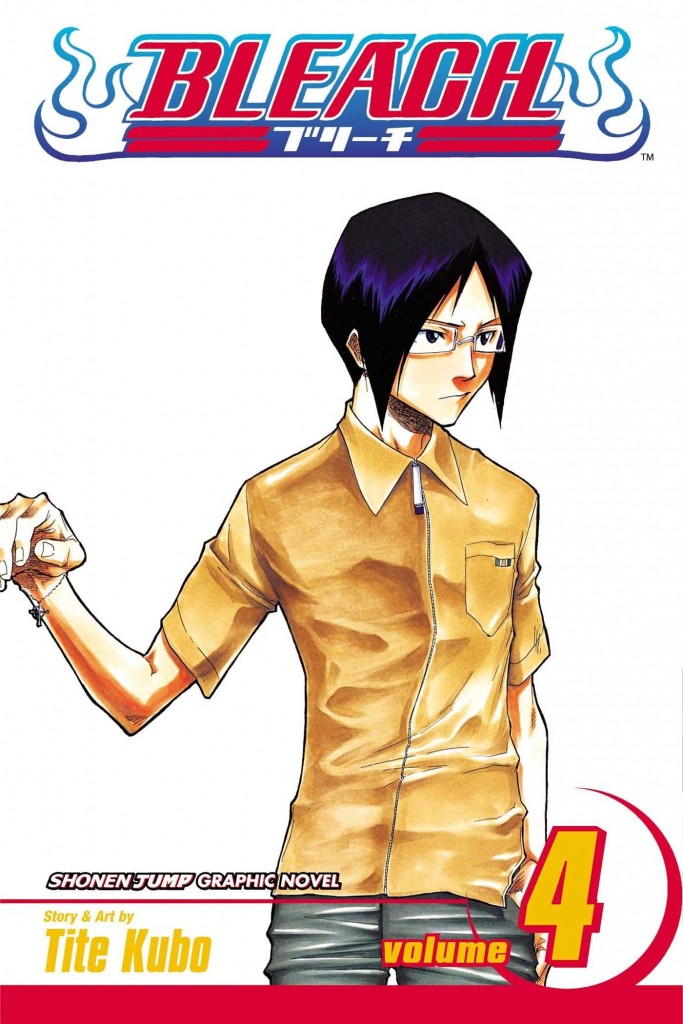 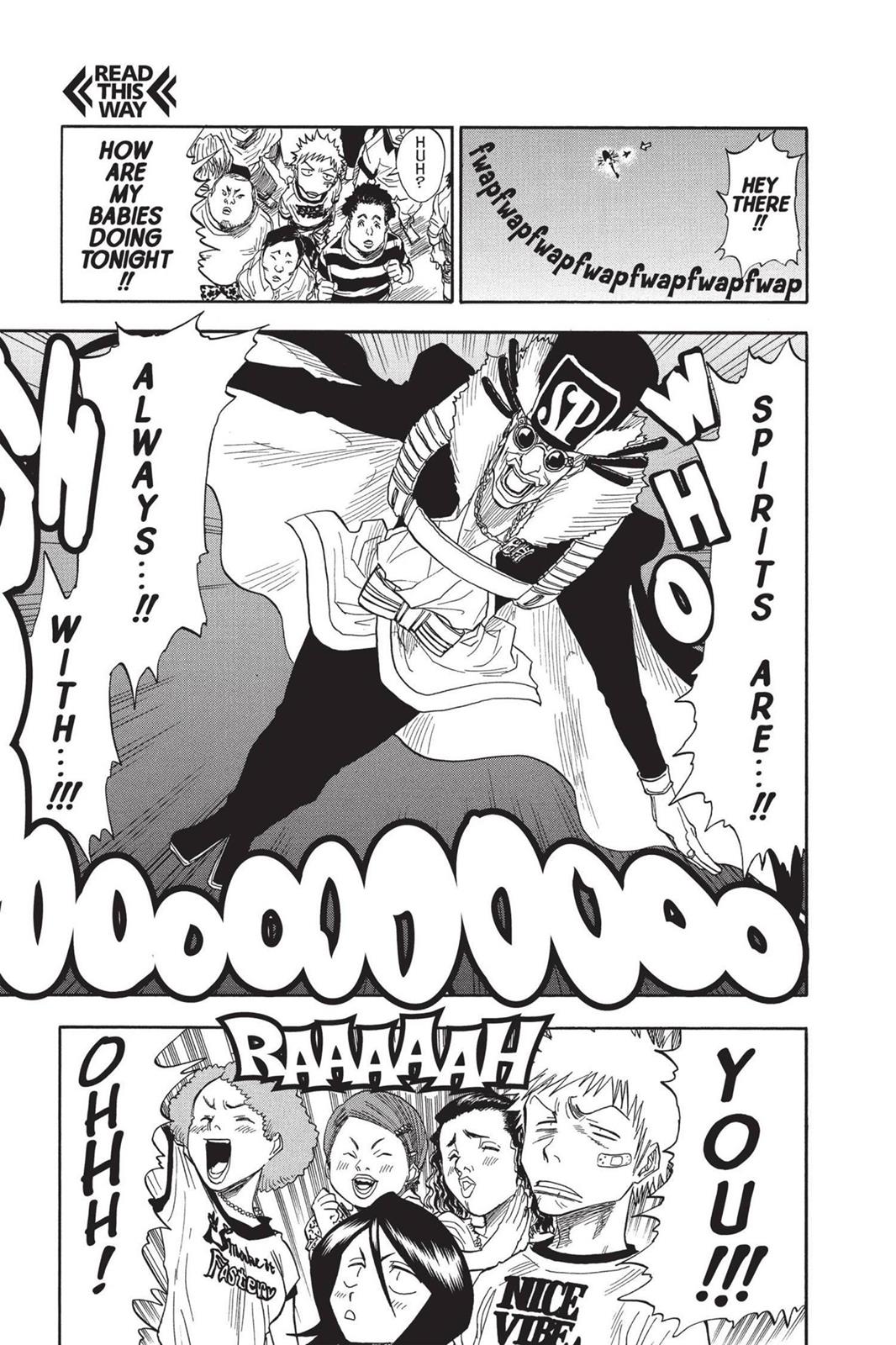 The central story of this volume concerns one of Japan’s most popular TV shows, or at least for the purposes of Bleach, in which the oddly charismatic Don Kanonji investigates supposedly haunted buildings. He plans to visit an abandoned hospital in Ichigo’s district and almost all Ichigo’s friends turn up for the filming. Ichigo is more reluctant to do so, but as a man who can see spirits, it’s just as well he does since predictably enough events rapidly disintegrate and Ichigo’s expertise is required. The surprise here is Kanonji, who’s well defined, first as a gaudy and shallow personality. Amplify Snoop Dogg’s public image by a hundred, and that’s Kanonji. When push comes to shove, though, he may be an eccentric showman, but he’s brave and reciprocates the loyalty his viewers have for him.

All that, however, comes later as Tite Kubo opens with a chapter starring Kon, the disembodied soul currently housed in a teddy bear. There’s a joyful revelling in playing against type by subjecting the lovely cuddly teddy bear to a whole host of indignities. Yet titling the collection after the final chapter and cover featuring the character from it is puzzling, as not only does it fail to represent the book as a whole, but it’s the set-up episode for the following book Right Arm of the Giant.

Compared with the previous three volumes this book prioritises anticipation and mystery rather than prolonged action sequences. They occur, but not in as much detail as previously. Kubo is again impressive when it comes to designing his monster, and Bleach is beginning to settle into a comfortable pattern with its recurring supporting cast. Although elements will remain unclear, this is a better sampler of Bleach than the first book.