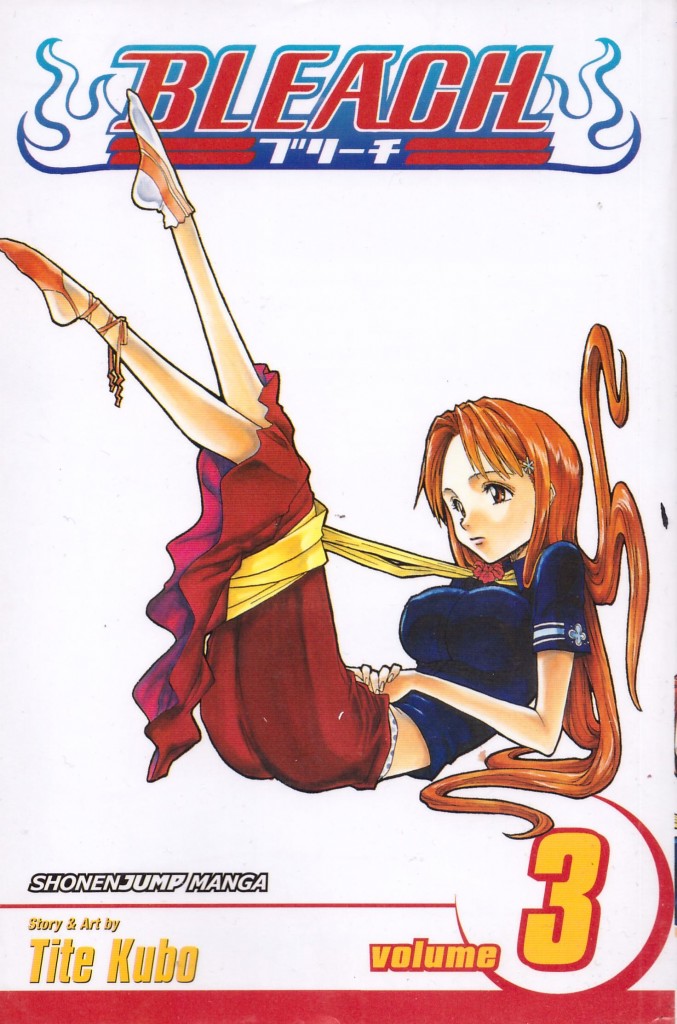 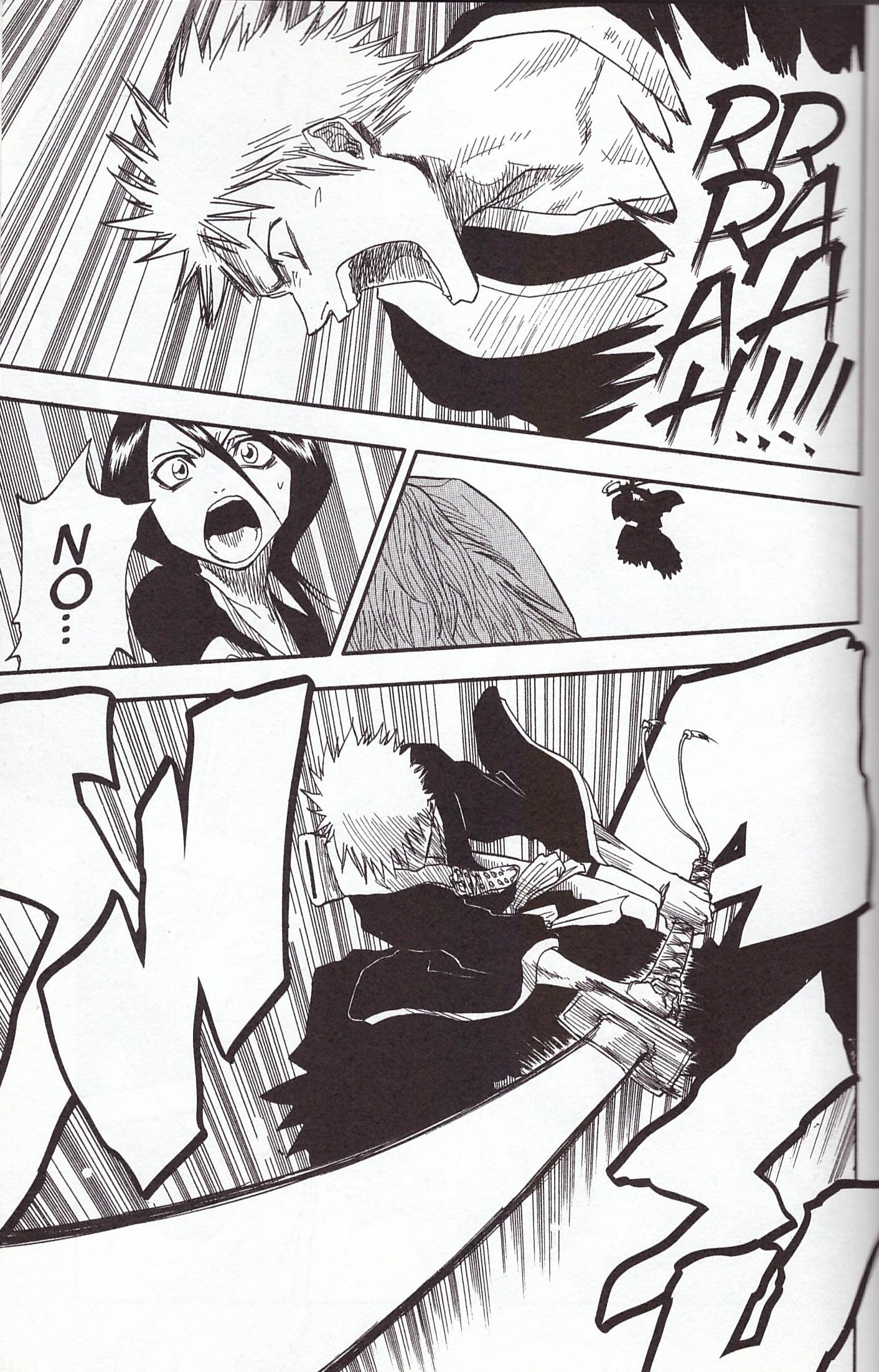 Tite Kubo rapidly solves the moral dilemma occupying the final pages of Goodbye Parakeet, Good Night My Sista in order to move onto other matters. The shorthand is that Ichigo Kurosaki has always been able to see dead spirits, and now aged fifteen he has the ability to destroy hollows, predatory husks of the once living who belong in hell. It’s been established that his mother was murdered when he was young, at which point his personality changed from always smiling to perpetually scowling. As the calendar has moved to June 17th it’s time for the annual Kurosaki family pilgrimage to their mother’s grave, and Kube sifts that with Ichigo’s thoughts about what happened to his mother six years previously.

Were it not for the application of formula Japanese storytelling techniques such as the exaggeration of emotion and cutesifying the cast at times, this could be quite the heartbreaking tale, a feature the series to this point minimised, but it still packs a powerful punch. This is not least because Kubo manages to unite it with matters more suited to Ichigo’s current soul reaping status with another of his finely conceived demons. He deliberately begins slowly, then accelerates the story to a preposterous pace before throwing in the concept of personal honour.

As in previous books, the action scenes are delivered in an impressionistic fashion rather than traditional panel to panel movement that can be followed. The intent, presumably, is to mirror the reality of a rapidly moving fight, which isn’t slowed down for the viewer’s convenience, but it can be confusing.

Ichigo was the first of a cast of distinctive eccentricities, and the latest addition is a talking teddy bear, well explained in context, but the overall focus of this book is back on Ichigo and his concerns despite the well-developed Orihime featuring on the cover. Her part in events is minimal, although what we do learn about her is odd, and possibly to be picked up on later in the series. Bleach continues with Quincy Archer Hates You.