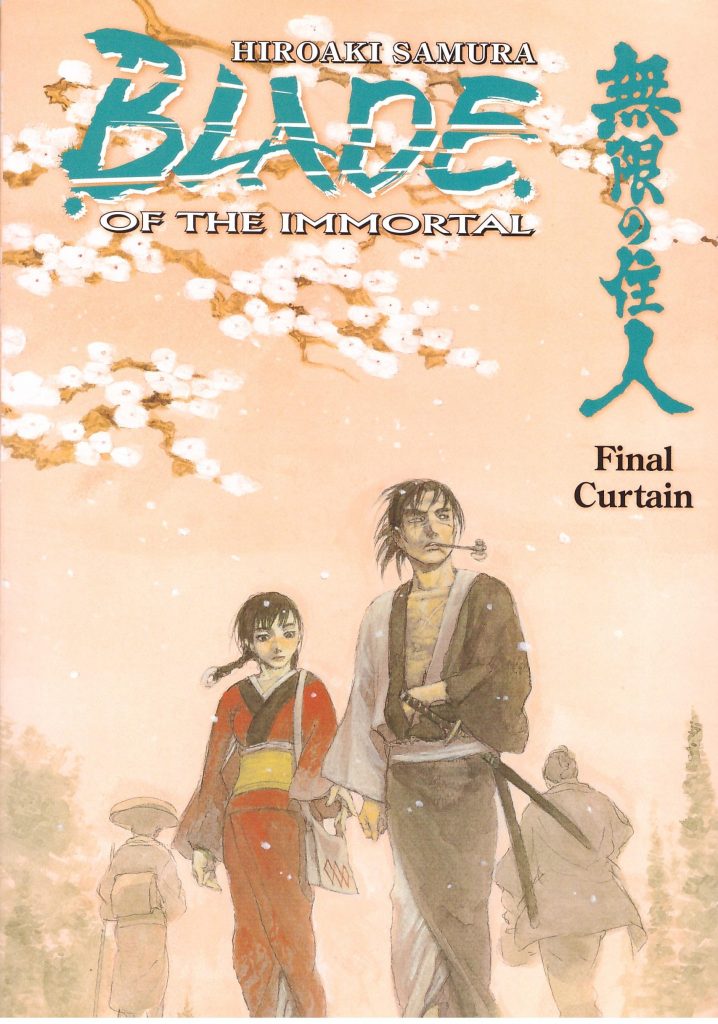 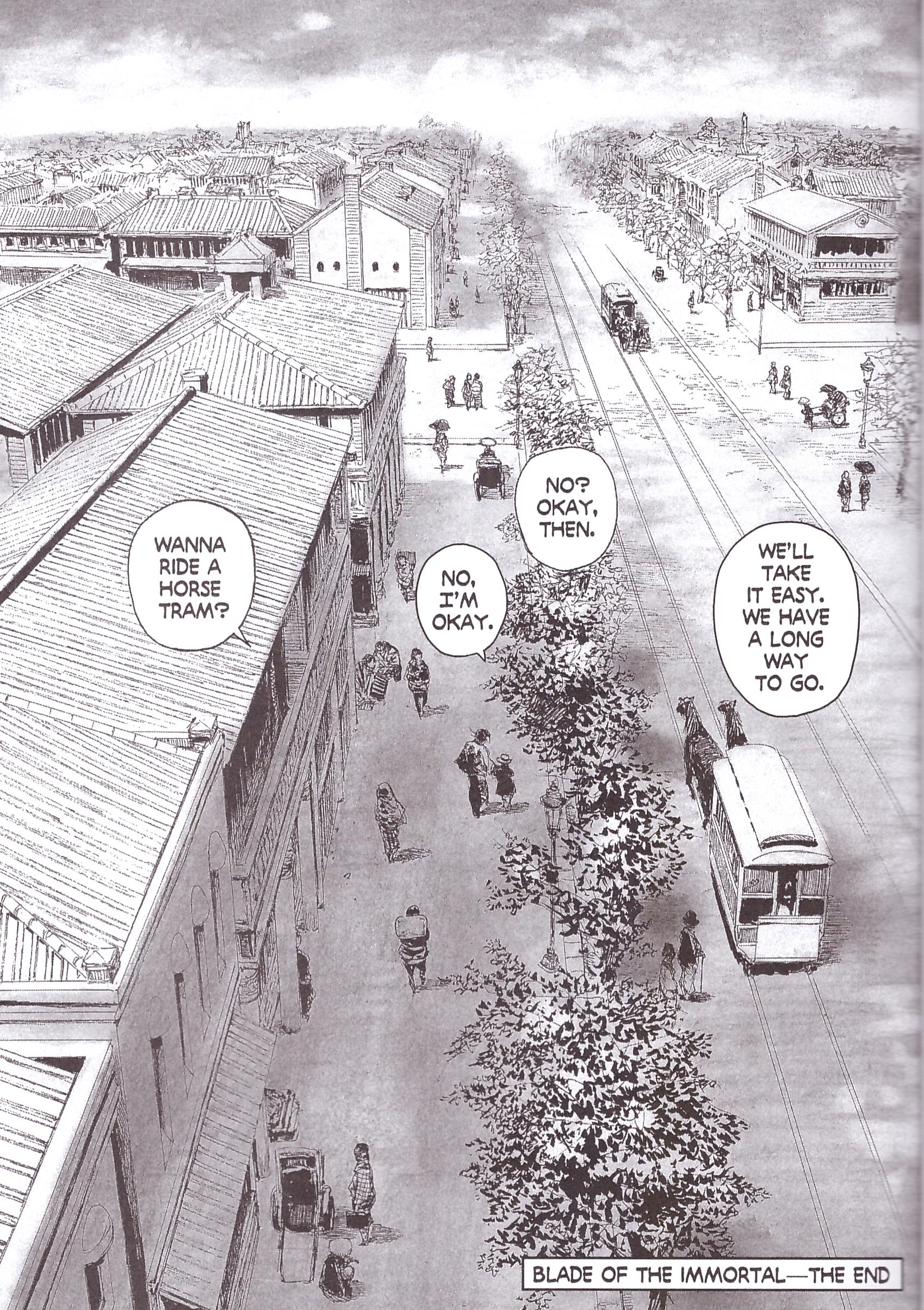 This is it. Thirty volumes after we first met the immortal warrior Manji and Rin, the young woman he protects in feudal era Japan, Hiroaki Samura brings down the curtain on their adventures. They didn’t finish Vigilance in a good way, and we already known Samura can be unsentimental about his cast, so will he end with a crowd pleaser, or will Final Curtain be memorable for other reasons? A lot of expectation rests on Samura’s shoulders.

Samura constantly recontextualises people and events, meaning shades of grey define the ethical issues, but since Shira’s demise two people who’ve served as the primary villains remain. Anotsu took the role over the early volumes, and Habaki from the mid-point. Their personal battle continues, and it’s immense, but in way so typical of Samura’s thought processes, a way that few others would consider. The brilliantly skewed view is apparent in several other scenes determining who’ll make it to the final page alive, and amid that there’s still place for some astute observations.

Some characters followed on and off through Blade of the Immortal have been missing from the previous two books, and the presumption may have been of Samura distilling his cast to the essence. It would have been understandable, but that’s not his game, and several are reintroduced for the finale. Some elements of this don’t always connect, possibly a problem of Japanese culture being obvious to those immersed in it, yet needing explanation to anyone else. Magatsu offers some interesting thoughts, but they almost trivialise something we’ve taken for granted, even noting that he’s grown and changed over the course of events. It’s a moment as shocking as any of the brutality.

After all the action Samura takes a final circle around the survivors, some only seen for closure’s sake, and delivers a fantastic final sequence involving Hyarukin, Rin and Manji, again defying any kind of prediction and open to interpretation, although most will only determine one conclusion. It maintains the impressive moral and emotional complexity until the very end. There is an epilogue in which Samura reveals what we concluded wasn’t necessarily true, and while much of the actual ending is quiet and introspective, there’s surely been enough beautifully drawn action to satisfy anyone before then.

Congratulations are in order for Samura following through on something promised in the first volume yet still managing to surprise with it, and while most of the cast get what they deserve in one way or another, it may not be what we want for them. It’s fitting for a series that’s constantly delved deep into shifting moods and motivations, and Final Curtain maintains Blade of the Immortal’s essence until the end.