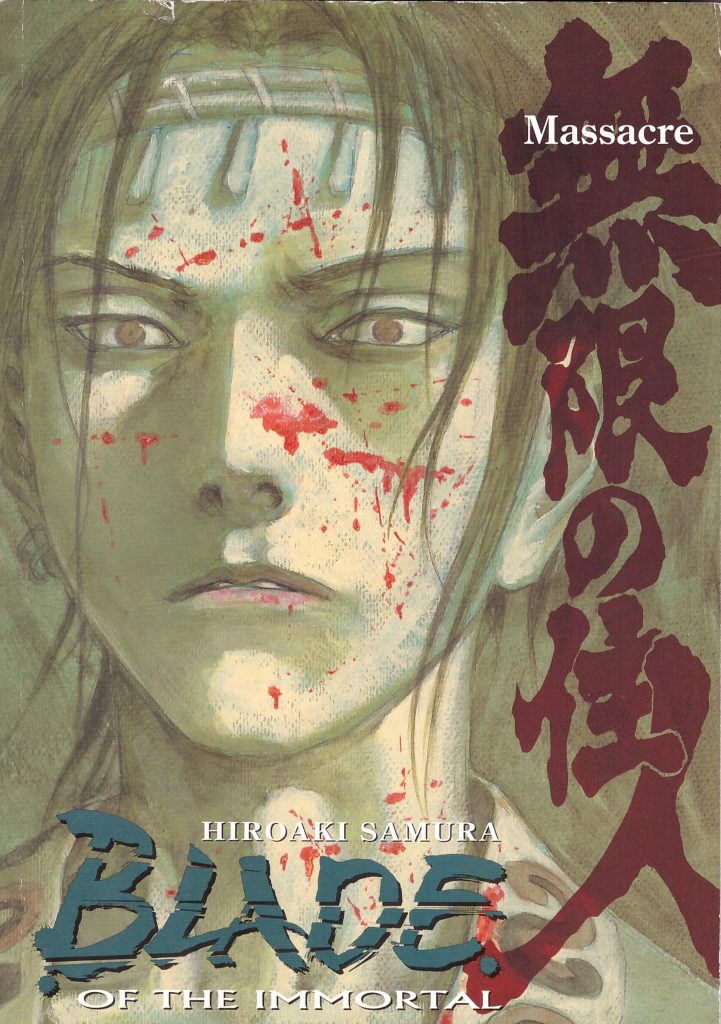 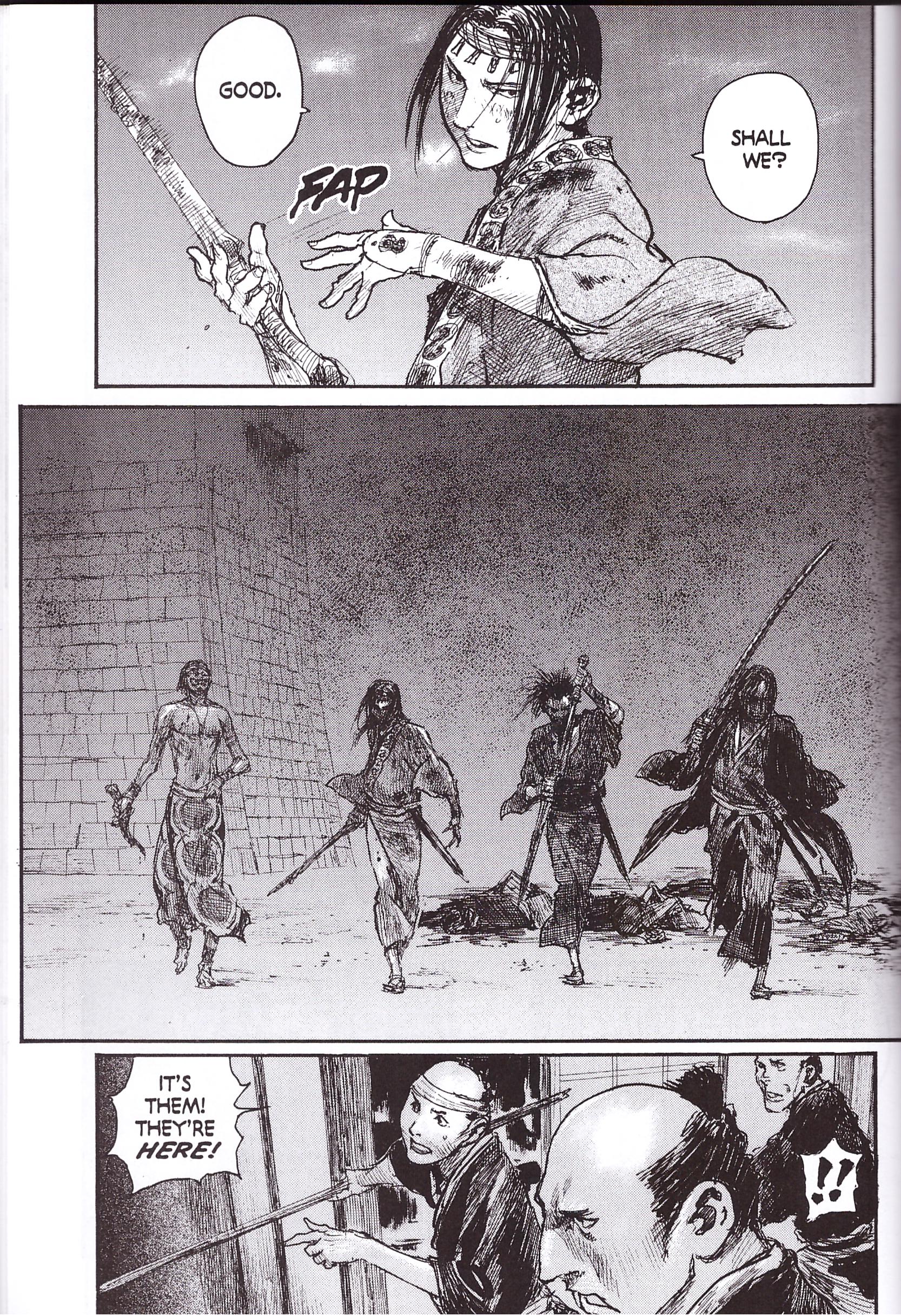 A small problem with Blade of the Immortal is that so many characters have been introduced over the course of the previous 23 volumes, when one of them returns their previous behaviour doesn’t always spring to mind. That’s not the case with a doctor in the early pages, and complete nutjob Shira. Shira’s participation, even though drawn with some delicacy by Hiraoki Samura, is depraved and unpleasant, and the sequence with the doctor leads to another of the great philosophical discussions Samura slips into Blade of the Immortal. Far from being high flown and remote, these are delivered in easily understood points of view.

This, however, is just the prologue to the main event. Massacre contains one of the most thrilling action sequences in the entire series, and the title sequence runs over four chapters. Anotsu Kagehisa and three of his Ittō-ryū lieutenants are presumed to be leaving Edo, but instead they surprise the authorities by undertaking an incredibly dangerous mission in the grounds of Edo castle. Considering there’s a price on their heads and only four of them facing the entire castle staff it seems insane. If not suicidal.

As well as being an unpredictably tense race against time, it’s another fine example of the series’ complexity. In the opening Blood of a Thousand these men were clearly the villains, but Samura has dived so deep into grey areas that they’re now perceived differently, if still extremely dangerous young men, and for as long as ‘Massacre’ continues, they’re the people we’re rooting for. There’s no time for reflection. Anotsu Kagehisa has a plan, and once he’s through the castle’s outer gates the pace never lets up. Samura depicts this brilliantly. It’s not quite cinematic, as to establish the rapidity of events he uses brief pictures that no film director would, such as the cut between a close up of a pair of running feet preceding a larger panel viewed from a distance of two men running beside the castle wall. The art throughout, however, indicates urgency and intensity, very apparent on the actual combat sequences, which cut back and forth very quickly, and can confuse at first, but when studied actually deliver a logical progression of events in an exciting manner. It’s also incredibly imaginative. The whole series has been characterised by Samura’s brilliantly conceived eccentric weaponry, but the purpose of a large pointed stud is possibly the best to date. You’ll gasp at its audacious use if not vomiting at the results! Samura uses trick after trick to perpetuate the excitement and it’s superb. He even manages a form of quiet pause before switching the action to a chase sequence. It occupies two dozen pages, the length of a standard American comic lest we forget, but here just an interlude.

As the title promises, Massacre is slaughter on an industrial scale, and after the comparatively quiet Scarlet Swords, it’s action nearly all the way. While the finer points won’t make much sense, the superbly scripted action makes this a graphic novel that can be read and enjoyed with no real knowledge of the bigger picture. There’s a coda starting the next volume, Snowfall at Dawn. All three volumes are combined as the eighth in the Blade of the Immortal Omnibus series.