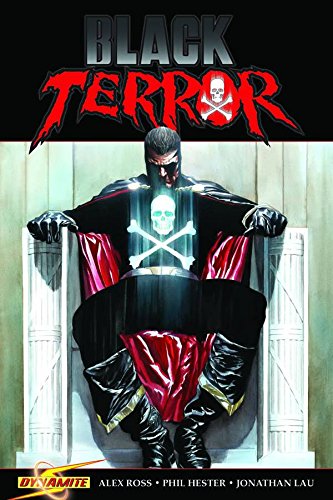 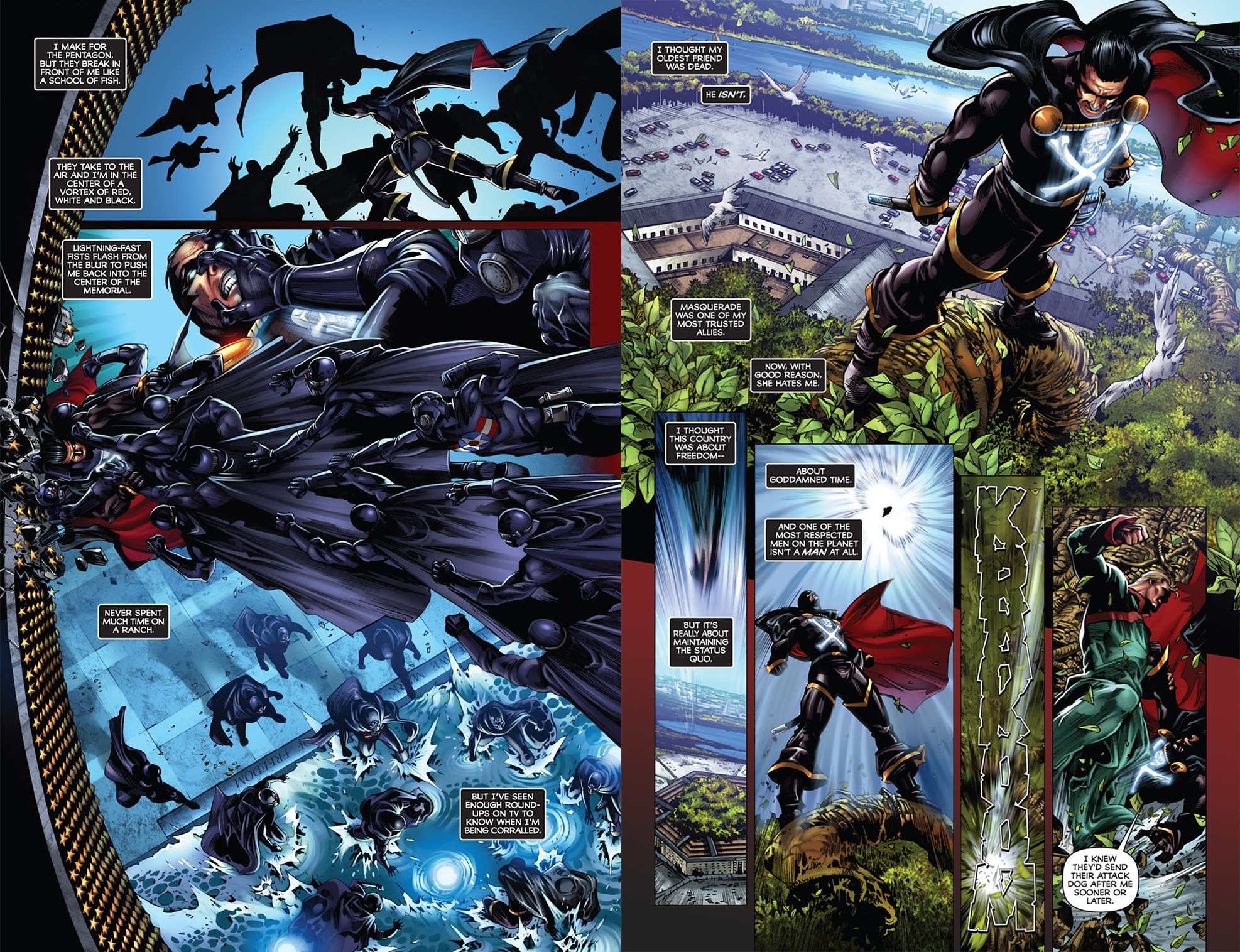 The opening Black Terror volume was a disappointment, but anyone prepared to write off his solo adventures altogether would be making a mistake, as this really ups the quality.

This time Phil Hester collaborates with Alex Ross on the plot, and they run two parallel stories. During World War II the younger Black Terror accompanied the American Crusader fighting Nazis in Europe. Archie Masters was one of the few heroes who avoided capture in the early 1950s, so the initial question when dozens of copies of him turn up, is whether the one guy not in an enclosed costume is actually the real deal. It’s no great disclosure to reveal that Ross and Hester are dealing with cloning, but what makes it interesting is the political undercurrent of one man with incredible powers seeing it as his patriotic duty to share those powers with as many people as possible for the good of all. In the 1950s it led to a group of misguided scientists messing about with technology they didn’t really understand, and in the 2000s it’s led to the complete perversion of idealism.

There’s a real swagger to Jonathan Lau’s art, whether depicting tank battles in the 1940s or the horrific monstrosities devised by the US government’s cloning laboratory. Again, Ross is credited for art direction, and Lau makes so much more of the layouts he’s provided with than Mike Lilly managed on the opening volume. There are so many incredible images here in a visual treat, the two combined for the sample art not just isolated examples. It’s quite astonishing that this is the same artist whose contribution to Project Superpowers: Meet the Bad Guys was so ordinary.

What also helps make this better than the opening volume is that until the final chapter at least, Hester cuts back on and tones down the narrative captions. We don’t need to know every thought passing through Black Terror’s head to understand his motivations, and Hester’s captions are more concise and more effective. So’s the action. There’s a terrific battle with Dynamic Man, a great last ditch stand, and everything ends with another fantastic image. This is so much better than volume one.