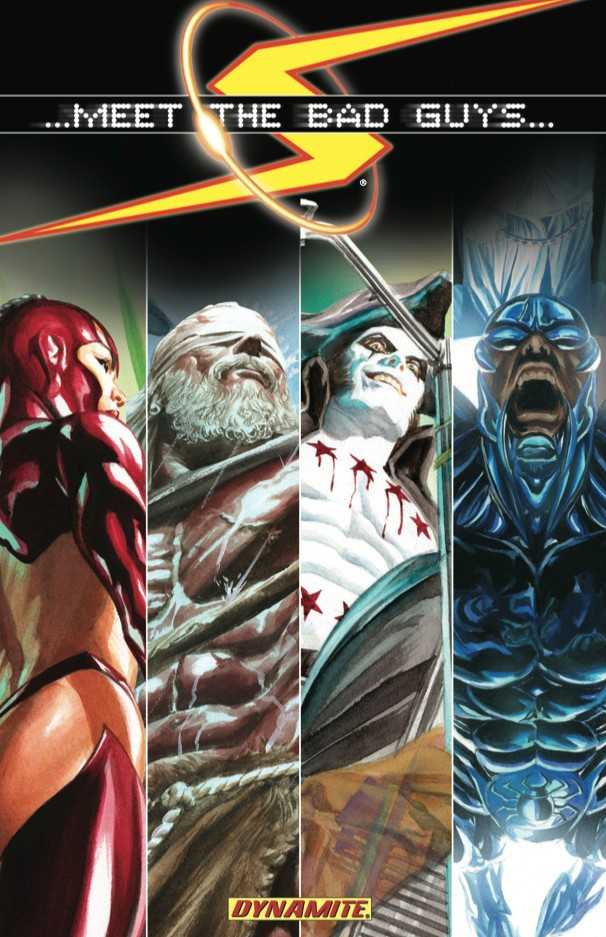 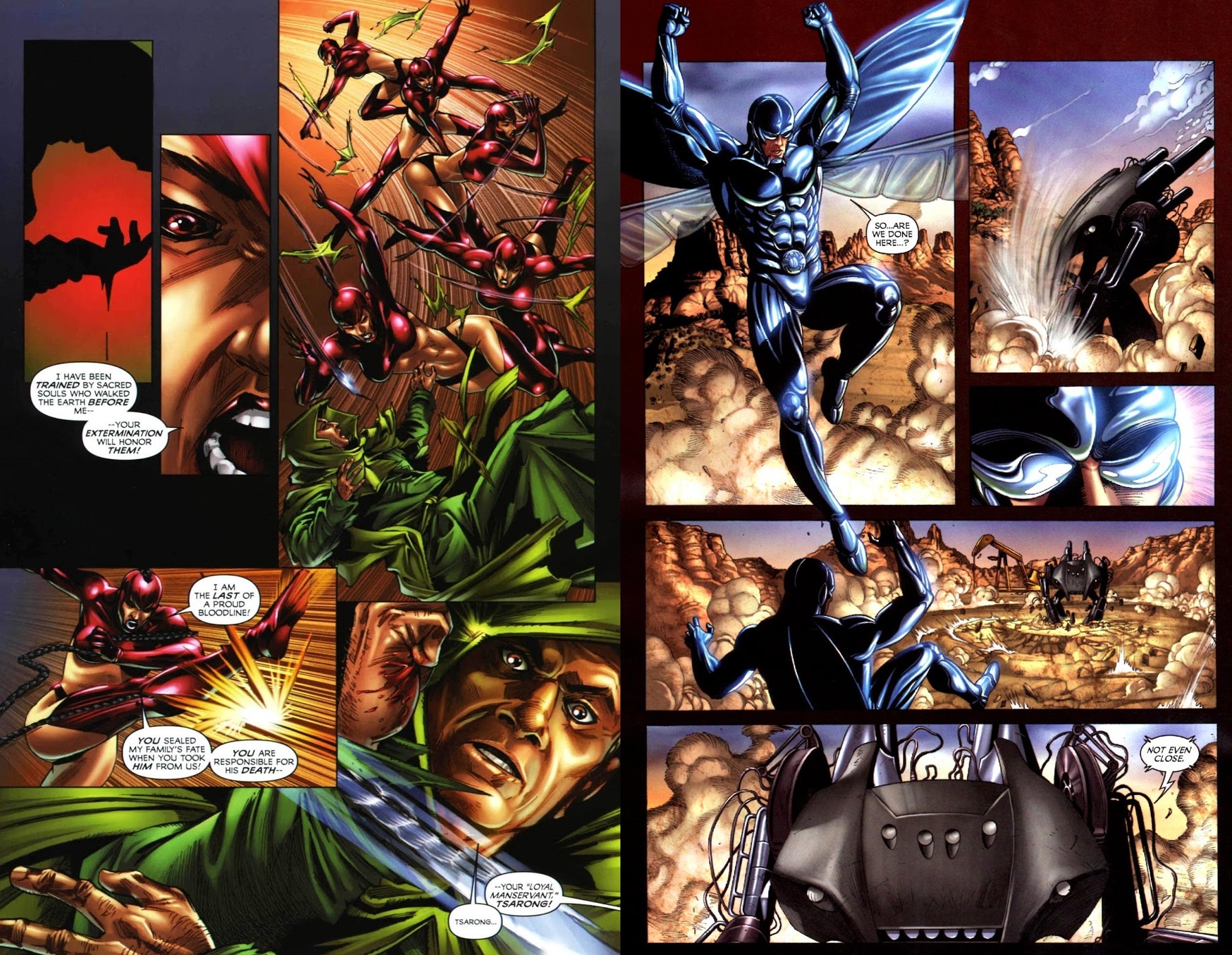 Meet the Bad Guys was published alongside Project Superpowers Chapter Two, and despite the promise of emphasis on villains, it serves more as a companion piece to flesh out heroes who’ve spent several decades out of circulation. Exploring how they cope with the attitudes and realities of the 21st century is a common theme.

For what should be a prestigious project with Alex Ross credited as providing art direction, the results are extremely disappointing. Jonathan Lau (sample spread left) can provide detail, but twists the female body into exploitative poses. Carlos Paul is as ordinary as he was on the main feature, presenting a villain resembling a rubber costumed actor on a cheap TV show. Mike Lilly is good with a big strong single image, but the price is packing too much into other panels. The only art with any life to it is provided by Jack Herbert on the final chapter. Perhaps Ross designed the robot drone, but Herbert brings it to life, and he tells the story clearly while distinguishing one person from another.

If the art doesn’t sparkle, the writing is no better. Ross plots with Joe Casey, who seems to have just nodded his head to every suggestion, filled in the speech balloons over lunch, and fired off his invoice. The stories are the most basic superhero action, and Casey provides the most basic bombastic dialogue. Given the potential, we learn almost nothing new about Green Lama, Fighting Yank, Samson and the Scarab, and while it’s unlikely this will be read by anyone not already immersed in the parent series, there are no concessions to any potential new readers. They’re thrown into the middle of something and have to figure their way through. The bad guys trumpeted on the cover lack any originality.