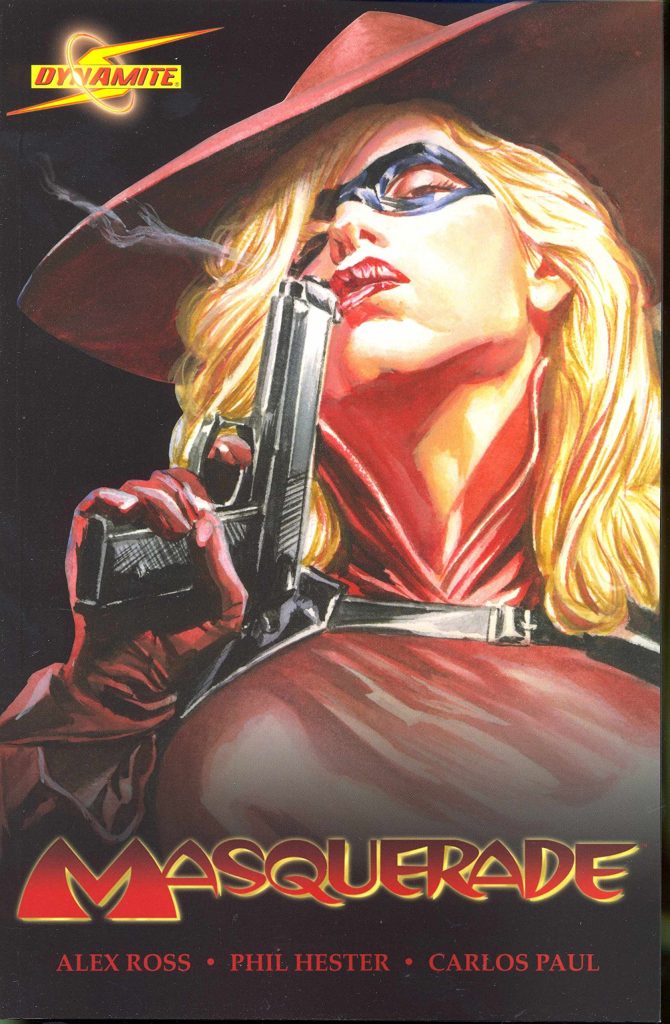 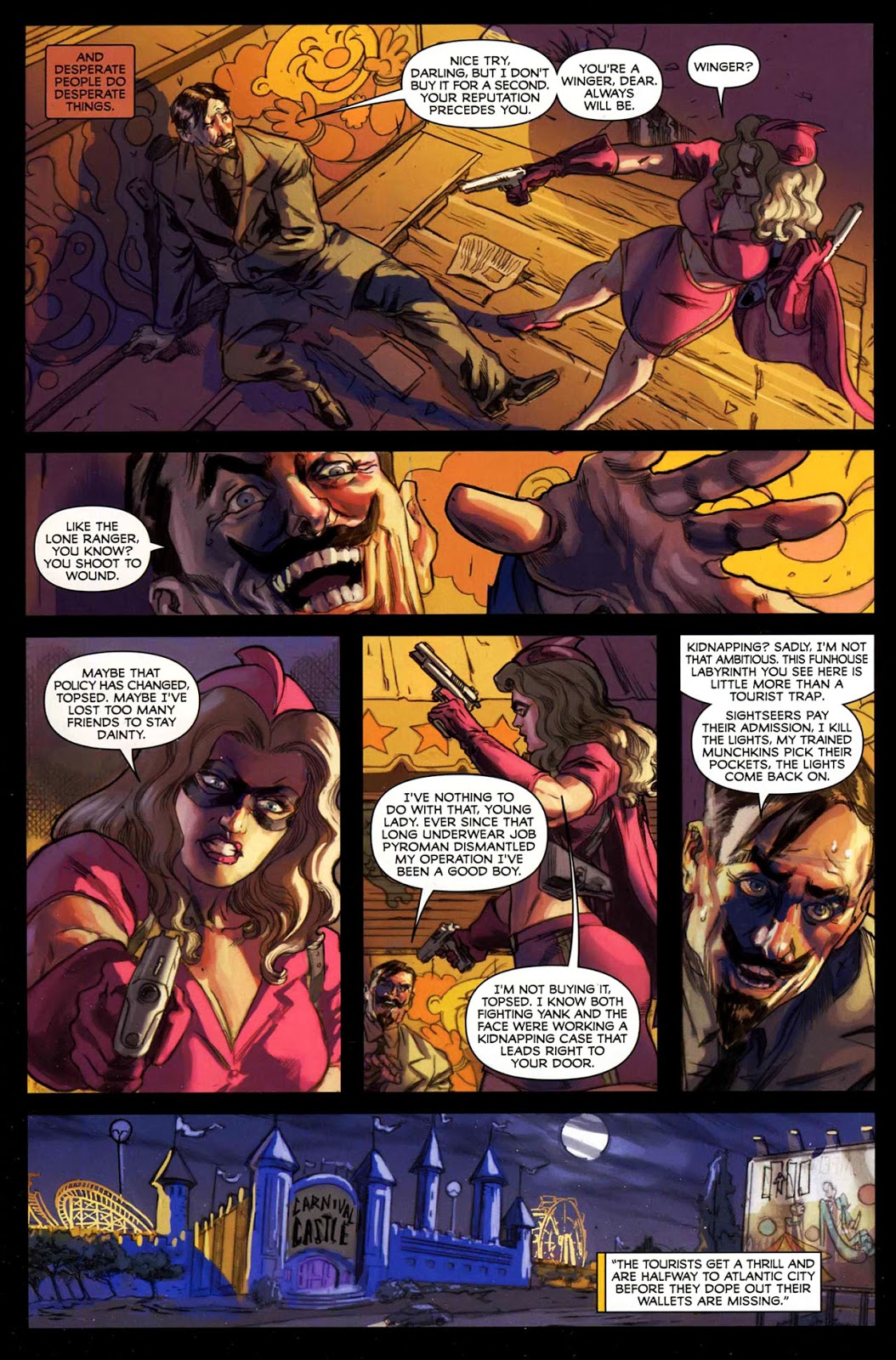 Project Superpowers introduced so many characters that few stood out, but Diana Adams, Masquerade, was one of them. She benefited from a visual makeover from Alex Ross, and that series also redefined her from commonplace plucky adventurer into something much more interesting. However, instead of running with the possibilities of a person able to touch others and see the world as they do, privy to their secrets, Ross with Phil Hester chooses to present the pulp adventures back in the past when she was known as Miss Masque.

She has her moments, and the idea of her drifting off into thoughts of her own past when in great danger is interesting, but for every good aspect, there’s something poorly considered. For instance, in the opening chapter it is eventually Diana who saves the day, but not before a whole platoon of men have to fly in and prevent her execution during a timely rescue. In the second chapter she plays second fiddle to Pyroman. It’s not until halfway through that Miss Masque flies solo, facing some unpalatable truths as she investigates why so many heroes have gone missing.

Anyone who’s read Project Superpowers knows the answer, and that’s presumably most of the readership for Masquerade. It’s only in the final chapter that we see the start of what Diana becomes in the present day, and attempts to provide her with the anchor of a family are forced.

Carlos Paul’s art is standard, without anything to make it memorable, this despite working from Ross’ direction and being presented with visual moments that should have some resonance. His version of missing heroes as water sculpture could be spectacular, but isn’t, and the art becomes increasingly sloppy over the final chapter when Manny Clark and Jean Dias are also credited.

Masquerade is a missed opportunity. The revised character is far more interesting than the original version, yet is only briefly seen discovering what she can do. Very disappointing.