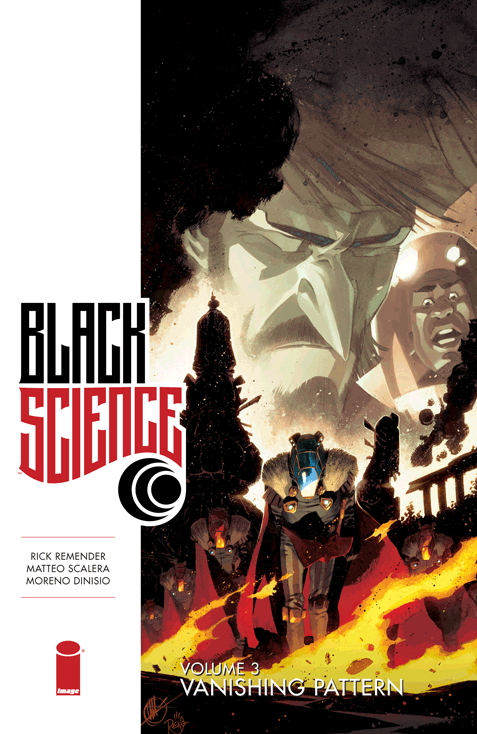 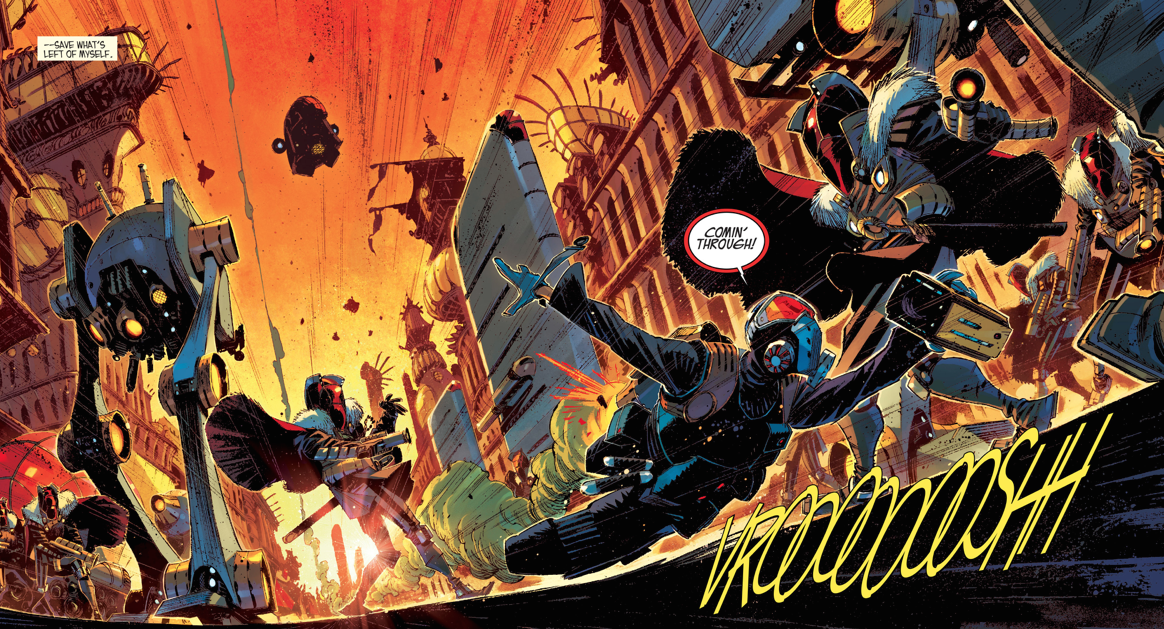 Now that Grant McKay’s plan to save humankind from all future disease and war has descended into complete conflict, confusion, and chaos, Rick Remender and his creative team of Matteo Scalera, Moreno Dinisio and Rus Wooton start to pull some strings together while continuing to unravel their characters’ lives. Is it any wonder that an anarchist like McKay would bring anything but anarchy to inter-dimensional travel? Not to McKay it isn’t, and volume 3 is where he starts to make things right. Good luck with that, Grant.

Vanishing Pattern finds Grant and company on a world decimated by plague, brought by none other than the dimensionauts themselves. Or at least a parallel-world-version of themselves. Great! As if it isn’t hard enough already trying to deal with each other. Now they have to somehow fend off their own inter-dimensional doppelgangers! By now it’s painfully clear that inter-dimensional travel is devastating the Eververse, leaving behind it nothing but a trail of destruction. McKay resolves to make things right and he starts by synthesizing a cure for the current plague. Problem is, the surviving population is hunting him down in force, cure or no cure.

As in How to Fall Forever and Welcome, Nowhere, the best intentions of the characters are undermined by the worst of their motivations and no decision is either easy or straightforward, and this time they have their most important decision of the series to make! Once again, Remender is relentless in his plot twists and U-turns, keeping the pace of the story exciting and its outcome always uncertain. Further backstory helps set up the shocks and complicate the situation, and the concluding pages truly send shivers down the spine.

Scalera’s illustration is complimented by Moreno Dinisio’s painted art in a seamless transition from Dean White’s pallet on the previous two volumes. Especially noteworthy is Scalera’s detailing of the characters’ emotions and expressions. It’s not just the outer worlds that get his attention, but the inner worlds as well.

Black Science does not pause in either character development or plot, but continues to balance both in impressive and enviable ways. The result is a cracking and compulsively good read that rockets the reader through the book, wanting to know what happens next while simultaneously wishing they could slow down and stretch the story out. The good news is, there’s Godworld ahead!