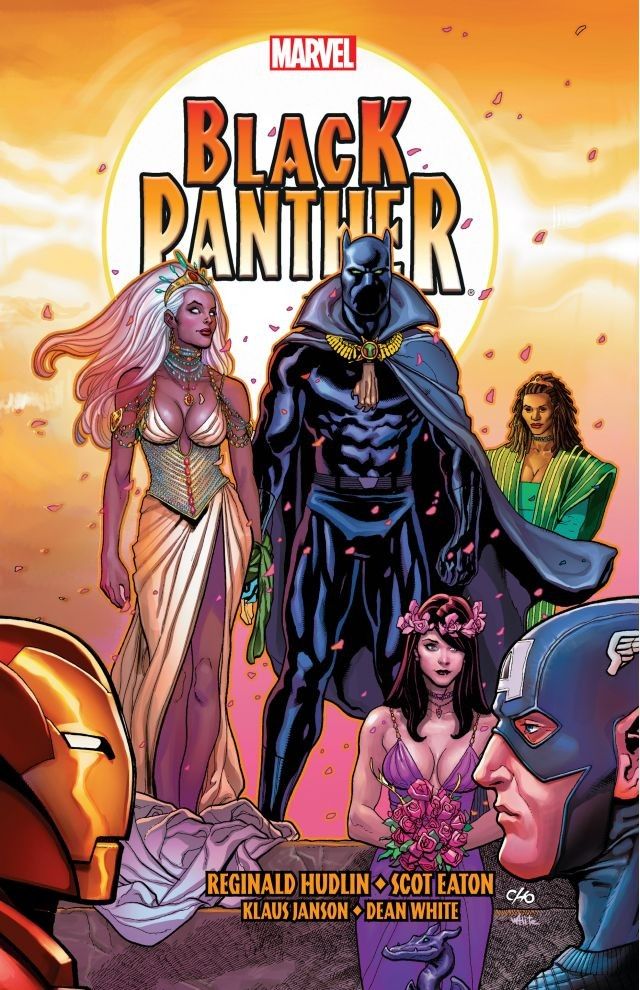 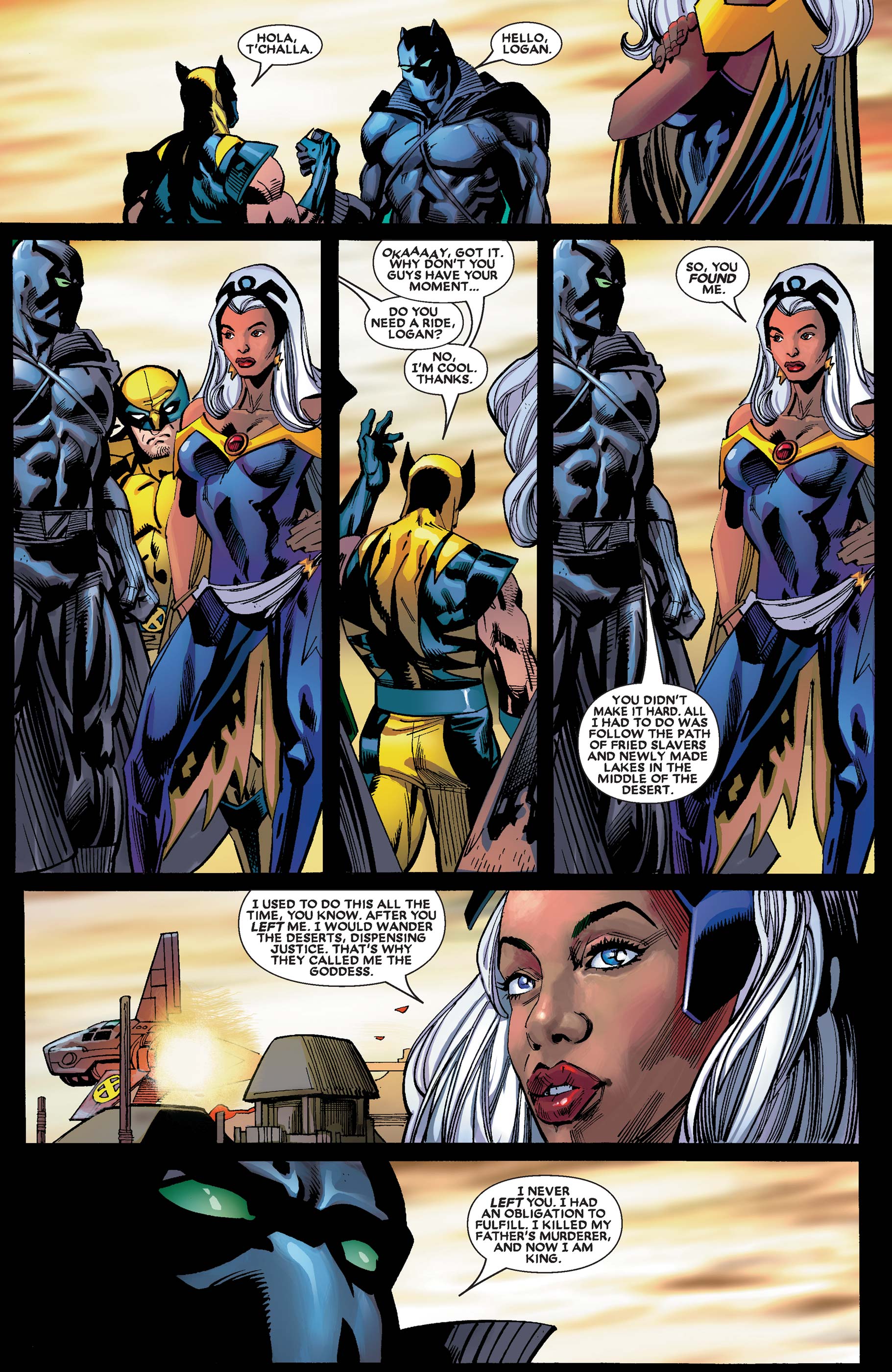 While Reginald Hudlin had a point to make by using almost every one of Marvel’s non-white superheroes in the previous Bad Mutha, there was a notable absence. Storm plays a feature role here.

The background to the previous book was the Black Panther’s search for a bride, a cultural expectation of his having earned the ceremonial mantle as Wakanda’s protector, the purpose being to ensure the lineage continues. There’s not much attempt made to conceal that Storm is the Panther’s choice. When the news was ‘leaked’ pre-publication it set off the mother of all online controversies, with many considering it poorly conceived, yet sales on the Black Panther’s comic rose.

Setting aside any continuity-based discussion about the characters marrying, by and large Hudlin writes a creditable wedding and lead-in. Some of the comedy moments are over-egged, but included to contrast the formality of Wakandan tradition, and some work well, such as the visual gag of Princess Zanda in her hopelessly designed 1970s costume (not one of Jack Kirby’s finest moments). The three chapters separating the proposal from the wedding convince that this is a couple that have a depth of affection for each other, and include several unexpectedly touching moments. There’s also an acknowledgement of the couple’s celebrity status as time is spent gauging the reaction throughout the superhero community.

Scot Eaton’s art is more impressive here than it was on Bad Mutha, less cluttered and looking better for the colouring of Dean White taking a different tone for scenes set in the past. Also used for a specific sequence is Kaare Andrews, who supplies a spiritual experience very well.

This story takes place during Marvel’s 2006 Civil War event, and whether by editorial decree or choice it raises its head here. Hudlin contrives a clever way of airing some views and ensuring it doesn’t overwhelm the final chapter of a story not requiring such differences of opinion. The wedding chapter is tasteful and charming, with a surprising closing sequence. It leads into the following Civil War.

There’s not much to dislike about The Bride. It cements the Black Panther’s status within the superheroic community, provides many nice vignettes and while some of Hudlin’s threats just drift into insignificance, this once that can be considered as a novel storytelling choice.