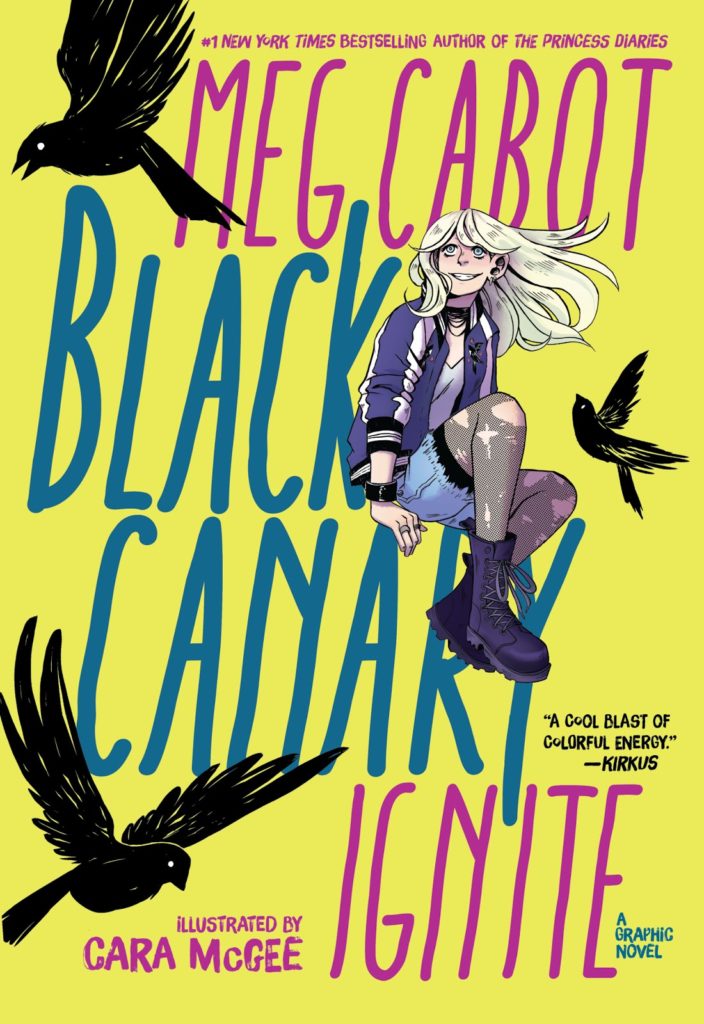 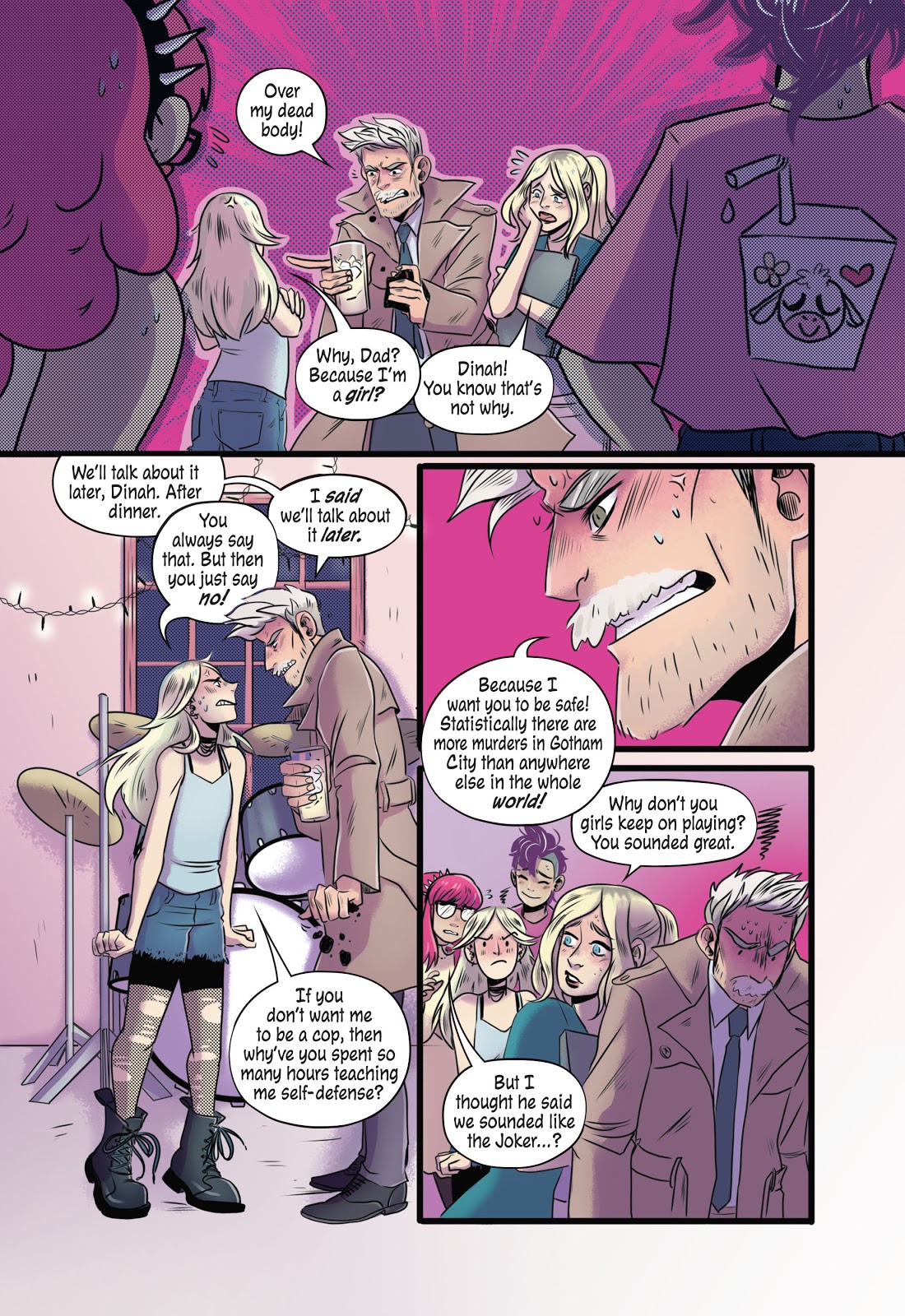 For someone not even yet in High School, Meg Cabot’s version of Dinah Lance is one hell of a plucky and talented girl. Not only does she play in a band performing well enough to consider entering the Gotham talent show, but she’s also inspired by her father’s police career, looking beyond the cheerleading aspirations of her friends by wanting to make a difference to the world. Unfortunately for her, she’s being hindered by strange happenings taking place whenever she’s angry enough to shout at someone. Things break, like windows, and Dinah’s held responsible.

Cabot has a long career of pushing exactly the right buttons in her pre-teen fiction, so introduces the necessary characters to Dinah’s world to make her seem put upon and sympathetic. Over the opening twenty pages we meet the father who can’t understand the band, the school snark who puts others down, and the teacher who won’t believe Dinah when she’s telling the truth. These are balanced by her loyal friends Vee and Kat forming a tight group, while the subject of possible super powers is smoothly introduced, along with the idea of Gotham being a city where that’s not unusual.

Cara McGee’s art is a crowd pleasing manga style that, much like Dinah herself, flourishes after an awkward first few pages. On these everything is too enclosed, the characters not given enough room to breathe the way they’re squashed into panels and viewed close-in. Once that’s sorted, the only real complaint is Dinah’s policeman father looking too much like the established Commissioner Gordon, which is a minor niggle.

Like the Catwoman and Raven graphic novels for young adult audiences, Ignite is, as the title suggests, a coming of age graphic novel. It follows a very predictable path of Dinah making a smooth progression from discovery to competence with a few bumps along the way, but right at the end Cabot throws in a surprise she’s concealed well, although it’s rapidly dealt with. The intended audience will gloss over the quibbles and enjoy a well constructed story of a person to admire.