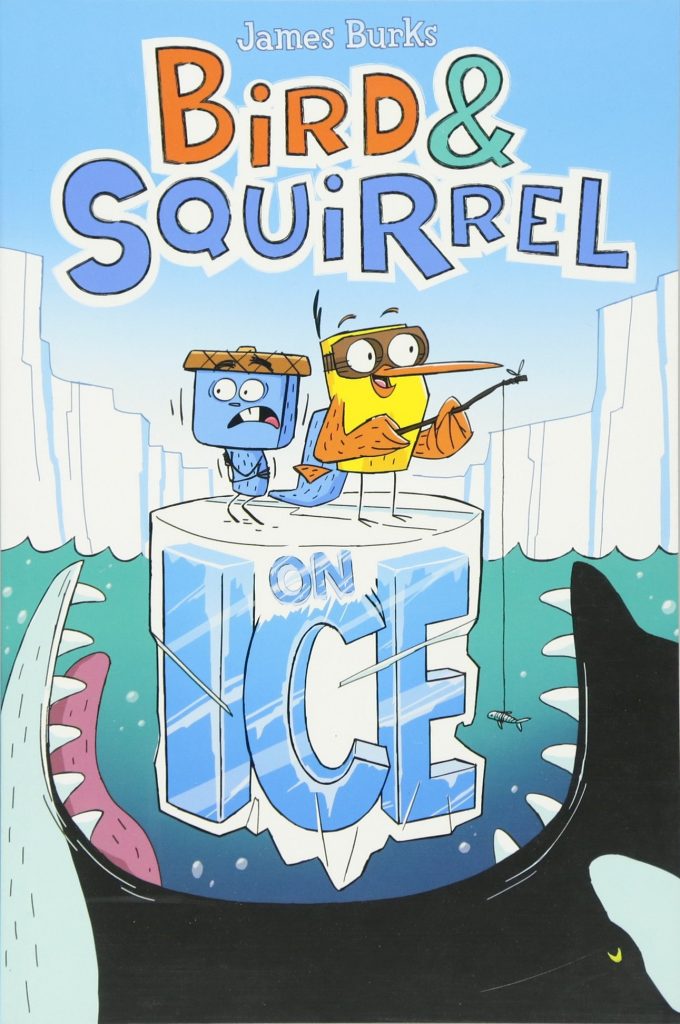 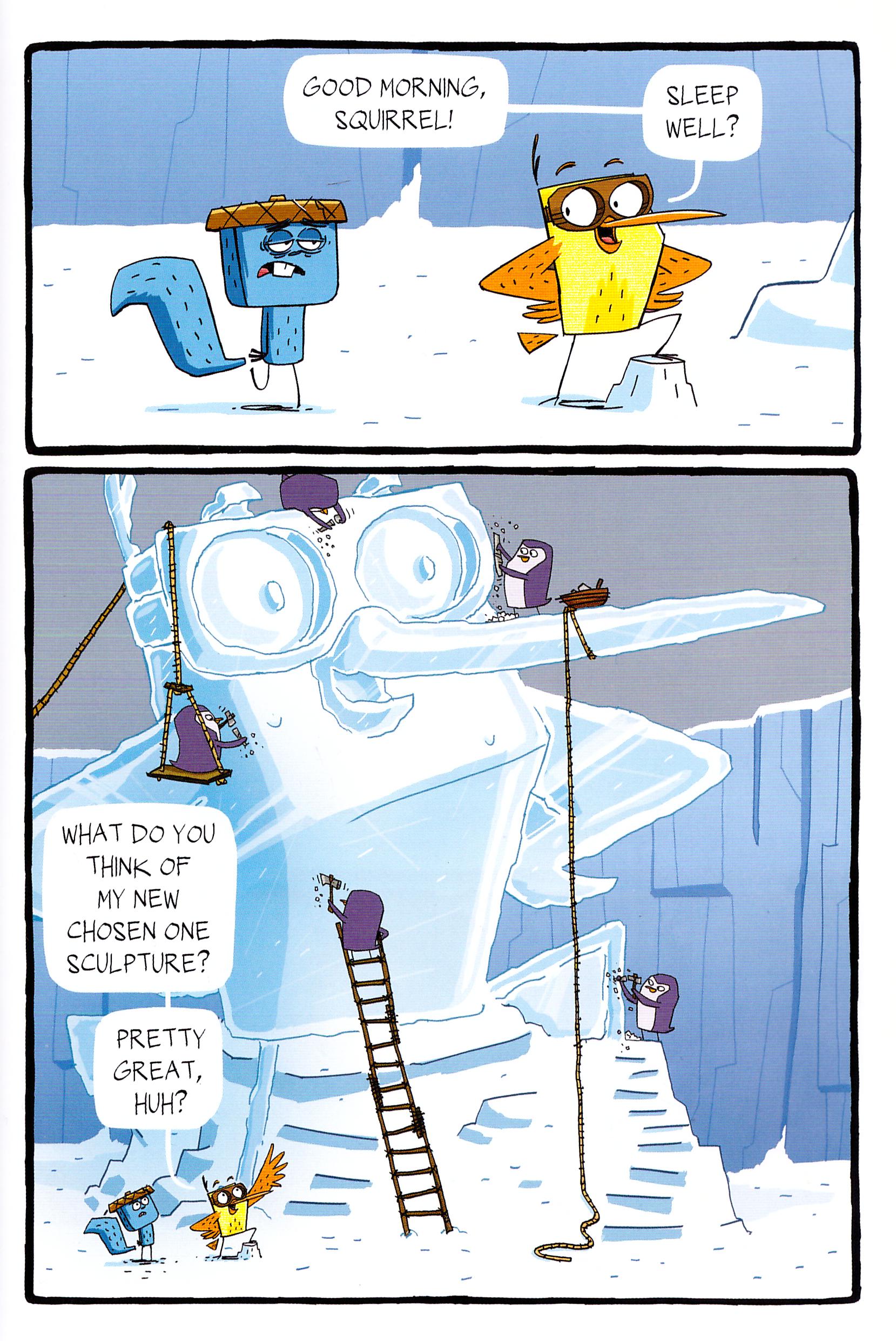 Bird and Squirrel are a classic, old-school comedy animal pairing, Squirrel fearful and dim, Bird boastful and dim, and the reason they’re on ice is because they’ve been caught in a wind vortex and dumped somewhere near the South Pole. It doesn’t take them long to befriend Sakari, a local penguin, and on the basis of Bird being able to fly he’s taken to be the long-foretold Chosen One. That’s alright with him until he learns his long-foretold task is that he’ll rid the community of the whale that terrorises them, forcing them to feed him almost all the fish they catch. It’s a bit of a step up from the cat they faced in Bird & Squirrel. Squirrel is the only one who considers there may some danger to Bird fulfilling the prophecy.

James Burks’ funny story is pitched at children who’ll laugh at Bird’s overconfident antics rather than all-ages, as adults will figure out a few plot holes. Those gags are good, though, and the cartooning emphasises movement despite Burns being stuck with square and pointy shaped characters, which makes depicting movement more difficult. His whale’s also good, a vast beast compared to all around it, straining at the page edges keeping it confined.

Burks has Bird milk his adulation for well over half the book, spinning tall tales and revelling in all the services he’s provided with as forthcoming saviour. Meanwhile Squirrel becomes ever more desperate to protect his friend from what he sees as inevitable failure, prophecy or no prophecy, and it turns out he’s right to be concerned. Having spun out the suspense for four-fifths of the book, Burks finally arrives at the main course, so to speak, and constructs a set piece that ought to please every child reading.

Bird & Squirrel is the type of slapstick comedy that would fit well within the pages of the Phoenix (where all the recommended titles originate), being silly, irreverent and drawn with style.