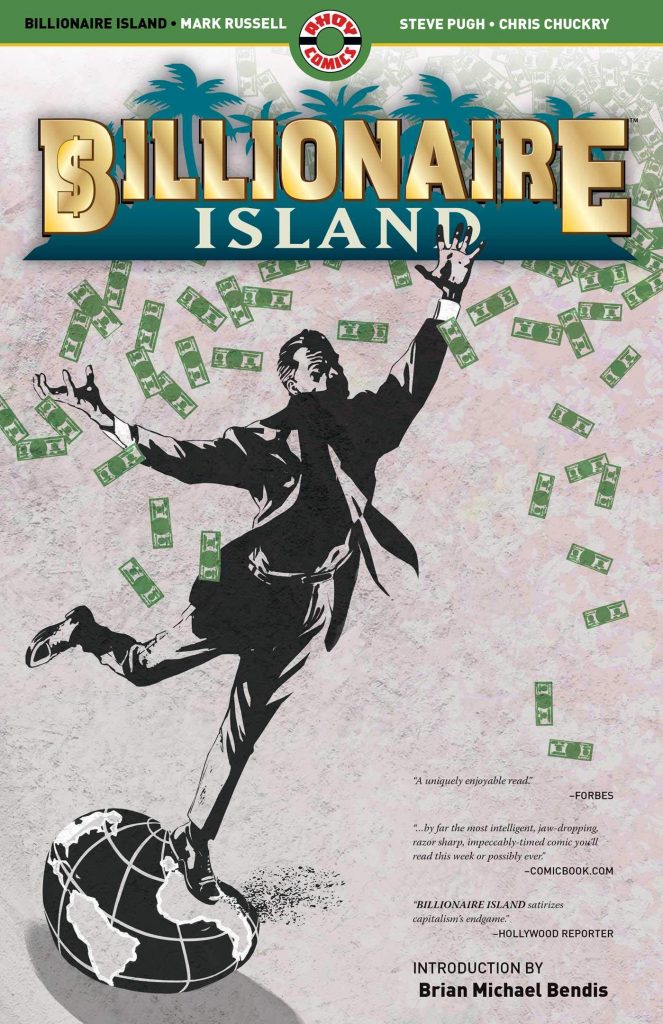 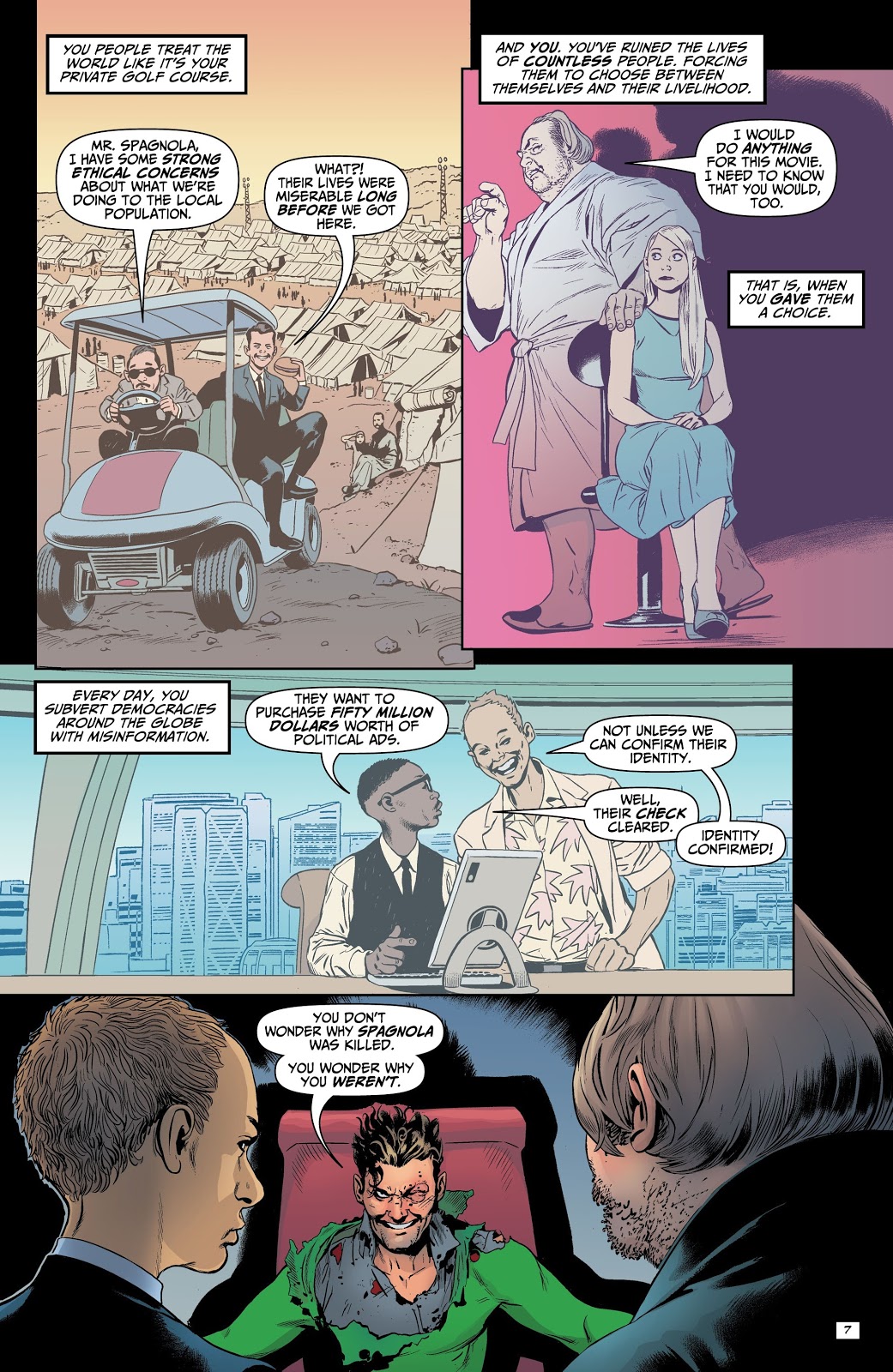 There’s undoubtedly an element of shooting fish in a barrel in creating a comedy series about tax-evading billionaires relocating to an exclusive island where they can continue their ethics-free behaviour unconcerned about official interference or sanction. For the sake of Billionaire Island, although others are seen, they’re personified by small man made big Rick Canto, whose fortune is social media derived, but has more recently diversified into developmental food technology. Rick is well aware that the current rate of population growth means feeding the entire planet’s going to become a problem, but he’s developed a solution, just not a solution most people would find acceptable. An unintended consequence of the testing is that an aid worker’s family dies.

Subtlety is barely a concern for Mark Russell, whose earlier projects supplied it, along with a high dose of laughs, many of the jokes clever. There’s not much of that here. An occasional left field idea, the identity of the Chairman being one, is swamped by too much that’s too obvious. Russell’s gone lowest common denominator with jokes about imprisoned company employees happy in their scaled up hamster cage as long as money drops through the roof every week and they’re fed by upper end food outlets.

Steve Pugh, artist on Russell’s earlier triumphant reworking of The Flintstones, illustrates all this solidly, opting for a form of figurative realism that plays the comedy relatively straight through largely normal looking people.

It’s not that Billionaire Island is bad, because it isn’t. But it’s not good either. The concept is barely explored, just providing the backdrop for a relatively standard comedy adventure, with the repeated joke that you don’t have to be that bright to make money. Other jokes are equally obvious, to the point of rimshots and laughter tracks surely being considered as supplemental. A few aspects reflect the real world more closely. It’s easy enough to draw a line between the island’s construction and what’s going on in Qatar as they build the stadia for the 2022 World Cup, for instance, and the films satirised could easily be real world releases. The ending is clever, tying into the idea of all security checks being wealth-related, but it takes a while getting there. From anyone else a few chuckles and some neat background gags would be acceptable enough, but Billionaire Island is disappointing because Russell is a superior writer who’s coasting.