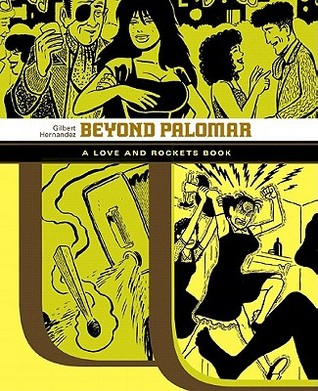 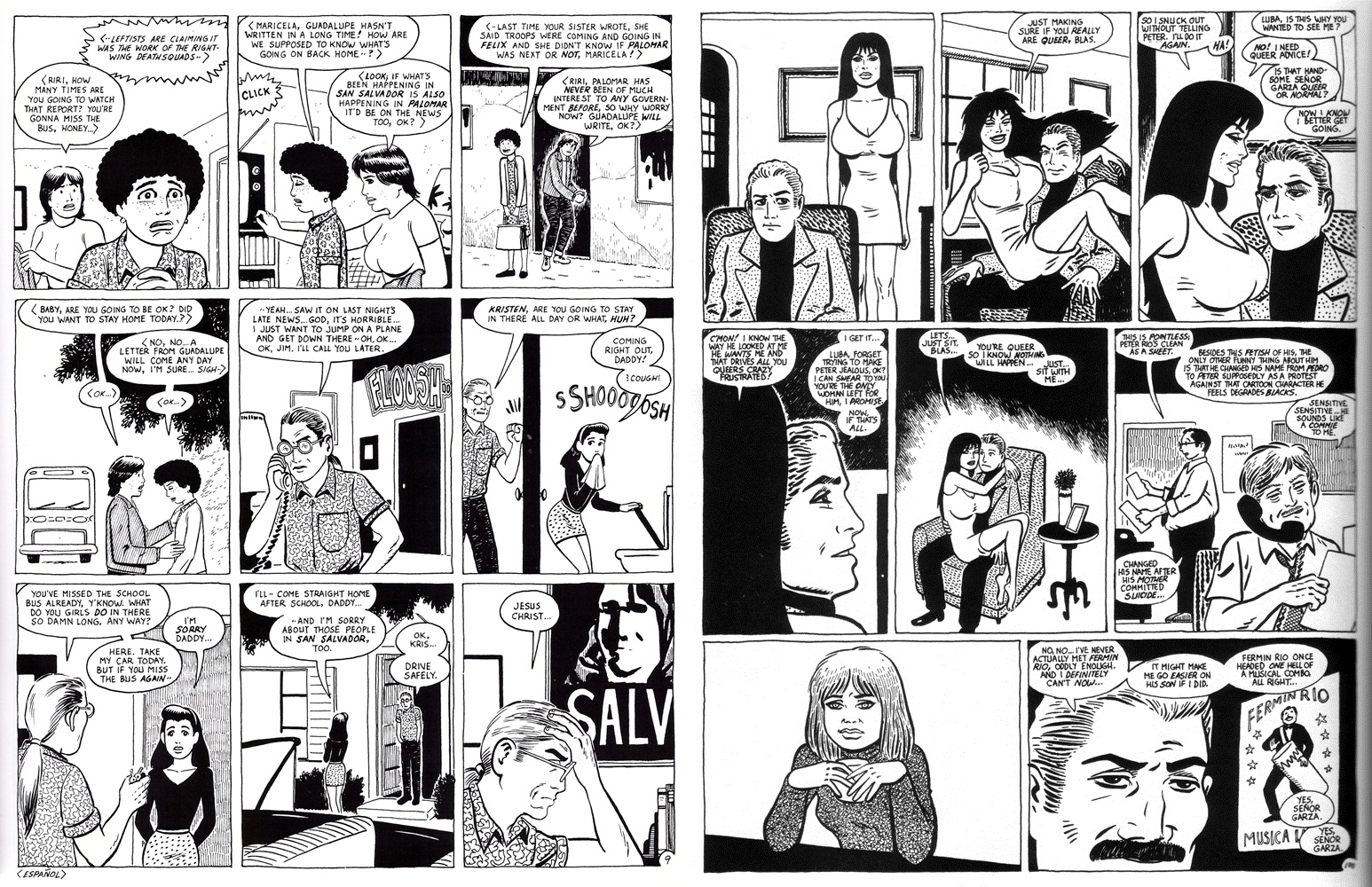 Gilbert Hernandez has accumulated a considerable back catalogue of highly regarded work, much of which connects or builds on previous stories, and for the novice knowing where to start or what to sample may be problematical. It’s here, with Beyond Palomar, combining two entirely different, but equally impressive stories. They don’t showcase every string Hernandez has to his bow, but the more surreal and impressionistic works are possibly best left until after a grounding in how his conventional narratives impress.

This combined and contrasting content was previously issued as Love and Rockets X and Poison River, and more plot-oriented reviews can be found under those titles. Both are character rich dramas, masterfully plotted and with something to say about the communities they present. One is set in the then present day of 1990s Los Angeles, the other primarily in the nebulously undefined Latin American countries that feature in Hernandez’s Palomar stories. One is a vastly ambitious fictional biography encompassing criminal empires from the 1950s to the 1970s, and the other is a more enclosed and contained microcosm of societal tension. They impress with their masterful characterisation, both visual and verbal, of exceptionally large casts, the numerous telling small details that combine to enhance already strong plots, and with their sheer ambition.

Adult themes of violence and sexual tension are explored in an adult manner, and throughout both stories the character construction is astonishingly deep. In neither story can anyone with a large role be reduced to simply good or bad, and the complexity of their behaviour is nuanced and formidably constructed.

Hernandez has an entire arsenal of excellently honed artistic storytelling talents. There’s an evocative and under-rated facility for visual characterisation, and time and again throughout both stories illustrations without dialogue tell everything that’s needed to know about someone’s state of mind. He’s also superb at ensuring readers can distinguish between members of large ensemble casts, yet doing so without resorting to exaggerated caricature. Some seemingly depend on props (the square lensed glasses of gangster Cilingis), but pull them away and you’d still know the person. Perhaps best of all is the dynamism of the page designs. Few artists are as good at Hernandez at providing consistently distracting accompaniment to conversations, yet so often he doesn’t need the words at all.

This is a certain contender for the one graphic novel you’d want to wash up if stranded on a desert island. In the manner of the best novels, both stories can be repeatedly read, and indeed reward for doing so, such is the care taken. Perhaps that’s to understate the magnificent plot construction over two stories where everyone has a purpose, and the surprises just keep coming. Shocking, surprising, character-rich, funny and tragic… What more can be asked of a graphic novel?