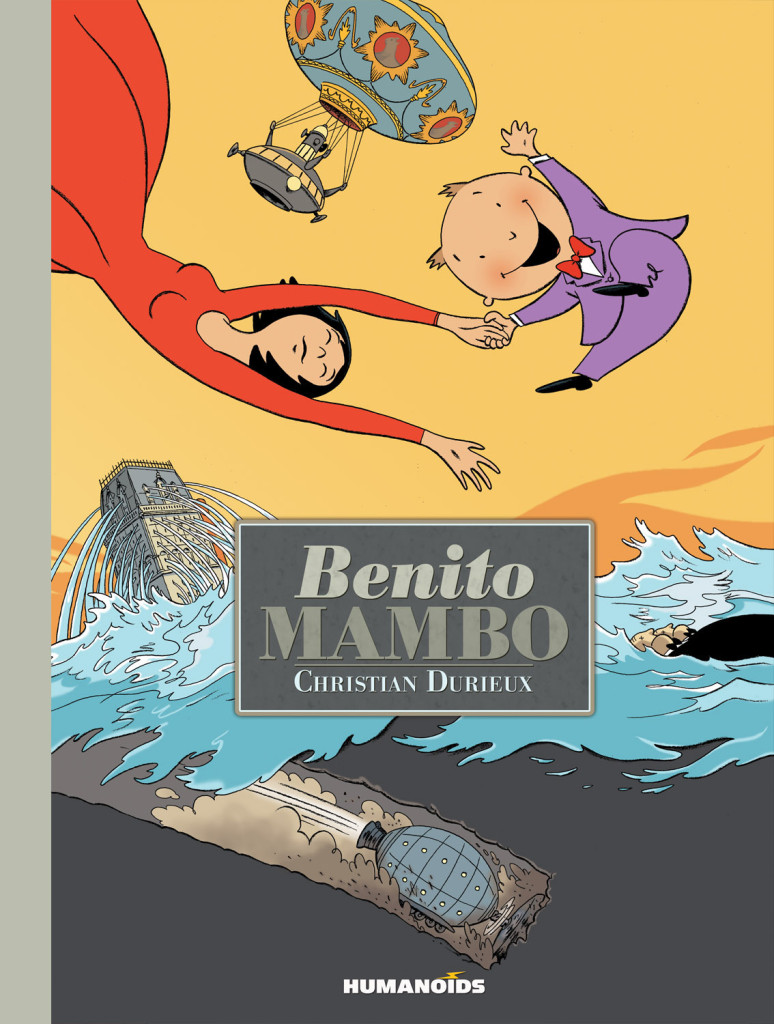 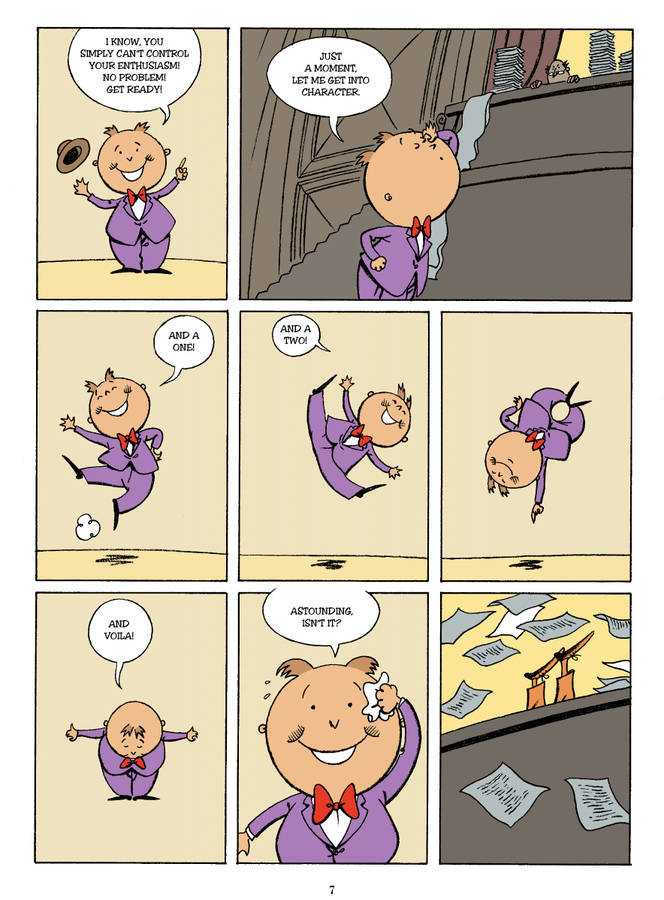 Charles Henry may be dressed in a nifty purple suit with red bow tie, but his heart yearns for the mambo, and his fondest wish is that one day he’ll become King of Mambo. That position is currently taken by one Proximo, and we’ll get to him later. Charles Henry declaring his wish to his father, chairman of Partner and Partner, results in banishment to the deepest dungeons of the company offices. This is via a chute labelled ‘Unworthy Sons’, enabling Charles Henry to be reunited with his departed brothers, now mere skeletons.

That sort of bleak joke belies the joie de vivre about Christian Durieux’s art. His simple style conceals a deceptive mastery of mood and motion, both essential for this surreal fairy tale fantasy. His illustrations are charming, delightful and seductive, which is just as well because once the actual reading starts, so do the problems.

Over the opening twenty pages Charles Henry learns of the current King of Mambo and his story, a few home truths about his heritage, or possibly lies about them, and survives a global flood. By this stage, though, a pattern is beginning to emerge, and it’s continued until the finale.

Beyond Charles Henry’s Forrest Gump like presence, only the slimmest of threads connect one episode to the next. The whimsical instalments are all well and good as individual vignettes, but strung together one after the other they give the impression of Durieux settling down to work every morning and drawing whatever comes into his head. He does pull some threads together for the finale, but overall there’s not enough heart to matters, which is odd as it ultimately becomes a quest for love.

One strange intrusion prevents this being an all-ages book, Durieux inexplicably subverting the project via inclusion of a character afflicted with coprolalia causing him to swear compulsively. If that sabotage hasn’t done the job of alienating the hardy then a deliberately perverse, although foreshadowed, ending will ensure groans of disappointment.