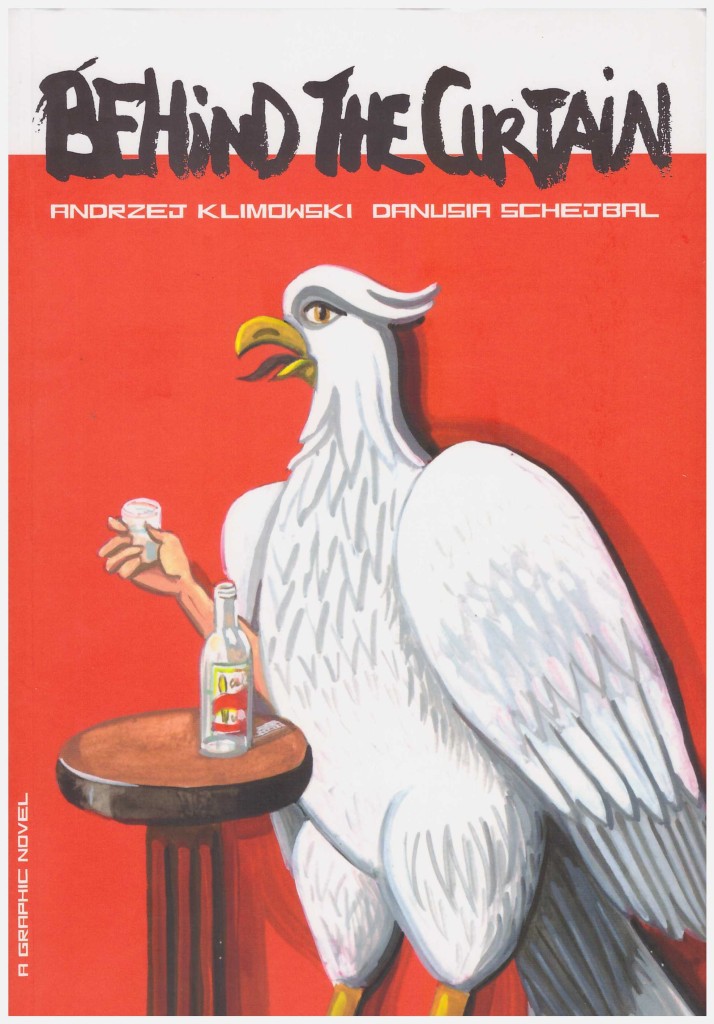 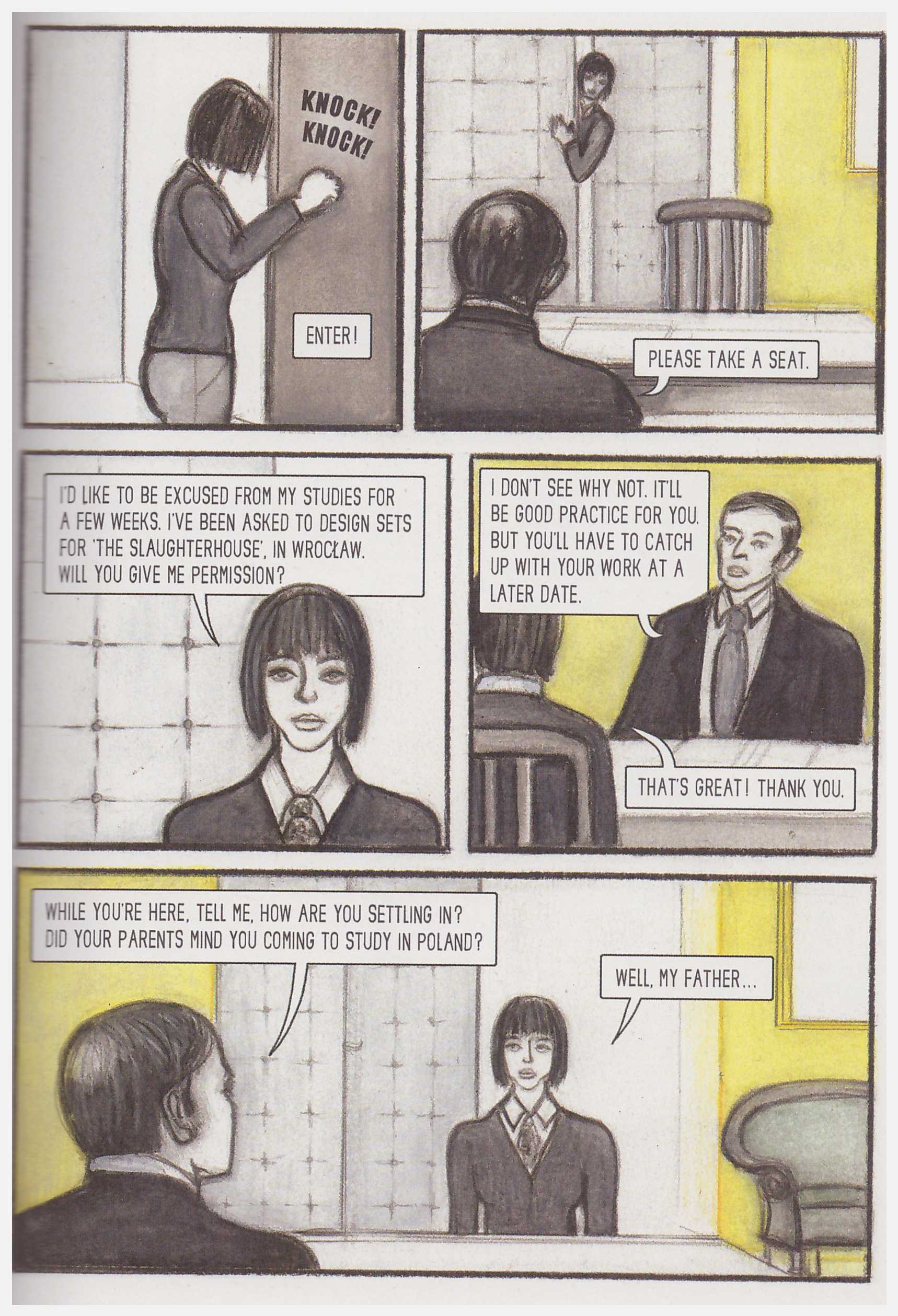 Behind the Curtain is a great disappointment. It’s the first hand experiences of creators Andrzej Klimowski and Danusia Schejbal, both British born descendants of Polish emigrées, who chose to study in Warsaw. This was in Soviet controlled Poland during the 1970s, a time of repression, deprivation, and, for some, persecution, so able to provide a vivid background for any story, let alone memoirs. Instead it’s a project that comes across as a deliberate exercise in reducing comics to a form as dull and mundane as possible.

The symbolic cover is attractive, but internally there’s minimal artistic variation. Basic, static and largely emotionless three-quarter length figures populate sparse backgrounds with the viewpoint barely changed. Panels are frequently treated as individual compositions without any consideration as to how they unite. On the rare occasions when architecture breaks into the talking heads it’s also unimaginatively and basically drawn in smudgy charcoal.

At one point Schejbal relates her father’s experience of post World War II Poland over twenty pages. It’s a brief infusion of life and eccentricity, but preceded by almost two unrequired pages of an appointment being made and the journey to the office of a professor in whose presence she considered the events. A single caption could have conveyed this, yet the same languid approach infests the book. Pages and pages are occupied by tedious activity with little relevance to anything else. Why is there a two page sequence of the authors attending an embassy garden party?

The dialogue is predominantly hackneyed and expository: “This is fantastic, it must be a pre-war carriage”, “I don’t like it, the seats are hard and we have so far to go.” “Brilliant! We have the entire compartment to ourselves.” There are dozens of similar exchanges, with very few resonant moments to stem the banality. Klimowski returns to a far more dangerous environment in 1981, but the sense of foreboding and terror is continually underplayed.

Accepting this is personal memoir rather than reportage or travelogue, Behind the Curtain still falls very flat. The observational detail is minimal, and at times, such as Klimowski noting the occupations of people working on a film he’s to direct, it’s a list rather than a book. The very occasional interesting comment – a portrait of Lenin morphing into Kafka – is drowned in a morass of tedium.

For all that, Behind the Curtain has a single redeeming feature. While in Warsaw Klimowski produced film posters for Polish dubbed versions of American films, and Schejbal produced costumes for theatre productions. Examples of both are included, and they’re the polar opposite of the comic material, imaginatively breathtaking and terrific works of art. Otherwise Behind the Curtain is a considerable missed opportunity.