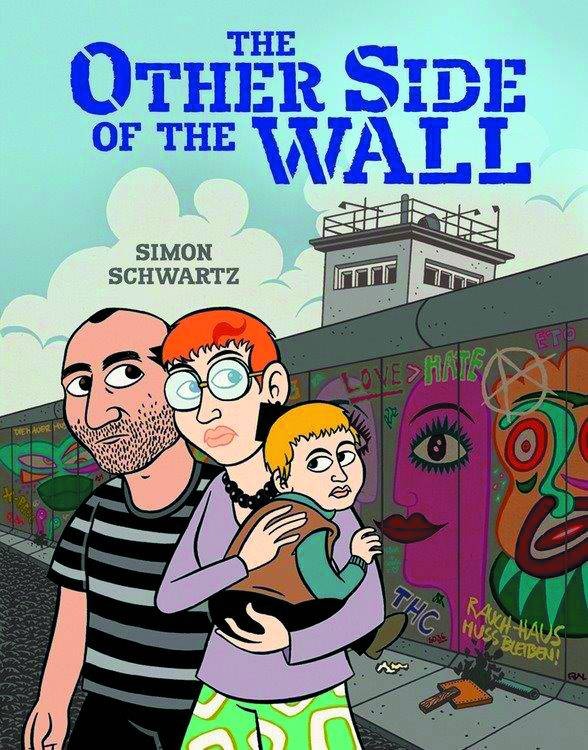 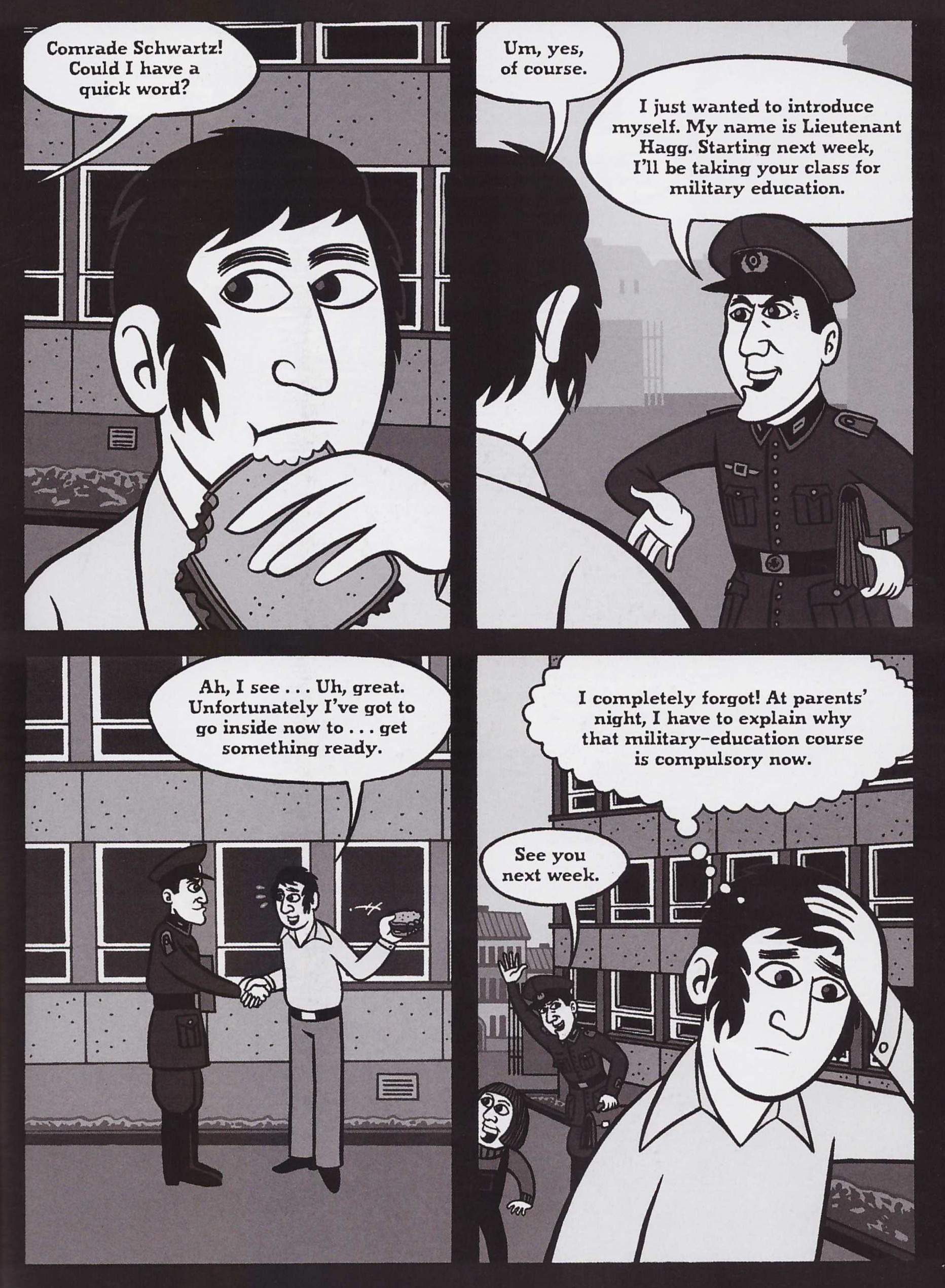 Most graphic novel readers living in the primary English language markets have little conception of what it’s like to live under a regime where your movement is restricted, and any minor non-conformity renders you an outcast at best and a pariah at worst. Neither has Simon Schwartz directly, but his parents were both raised in the German Democratic Republic, more commonly referred to as East Germany.

The country was founded from Russian occupied areas of Germany after World War II, a puppet government installed, and a massive programme implemented to transform ordinary Germans into staunch communists. By its dying days in the late 1980s the GDR was a terrifying place. It’s estimated that around a quarter of the population were informing on their neighbours to the feared security police. Mere suspicion was enough to ensure jobs were terminated and people lost the ability to feed their families.

Schwartz’s never named parents met at university. His father’s parents wholeheartedly bought into the idea of a socialist utopia, while his mother’s family were more liberal, but not to the extent of ever rocking the boat. The pivot of the story is the signing of an accord under which the GDR agreed its citizens could leave the country if they applied officially. Of course, in a state where control is absolute, merely applying has consequences, and it was a protracted process during which the applicants were persecuted. In the case of Schwartz’s parents the duration was three years.

Where the book scores is in detailing the everyday indignities endured by potential departees, unimaginable to most. From the date of his application every time there was some act of defiance for which the culprit wasn’t immediately caught, Schwartz’s father was very publicly arrested and interrogated just to harass him. His mother was frequently assaulted. For all that, the most emotive sequences concern Schwartz’s paternal grandparents, who prioritise dogmatic ideology over what should be a natural love for their son.

The Other Side of the Wall serves as a primer, but is a conflicted book, losing considerable gravitas by virtue of Schwartz illustrating in the style of Family Guy. Simplified, blocky people with exaggerated Edmund Keane eyes overlaid onto basic backgrounds render the content more suited to an all-ages audience, but at the cost of emotional empathy.