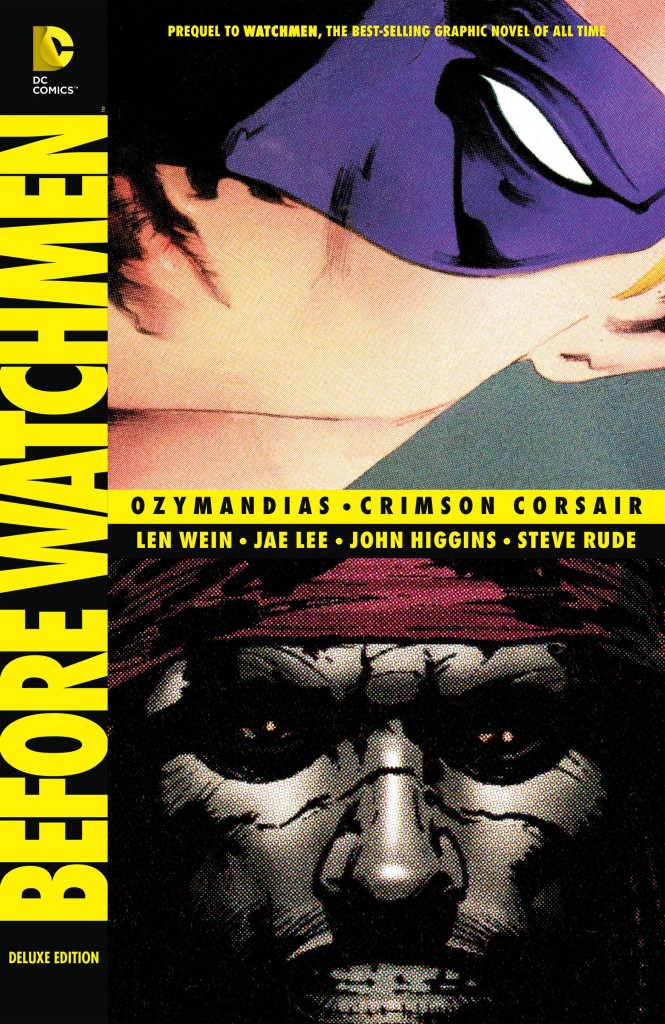 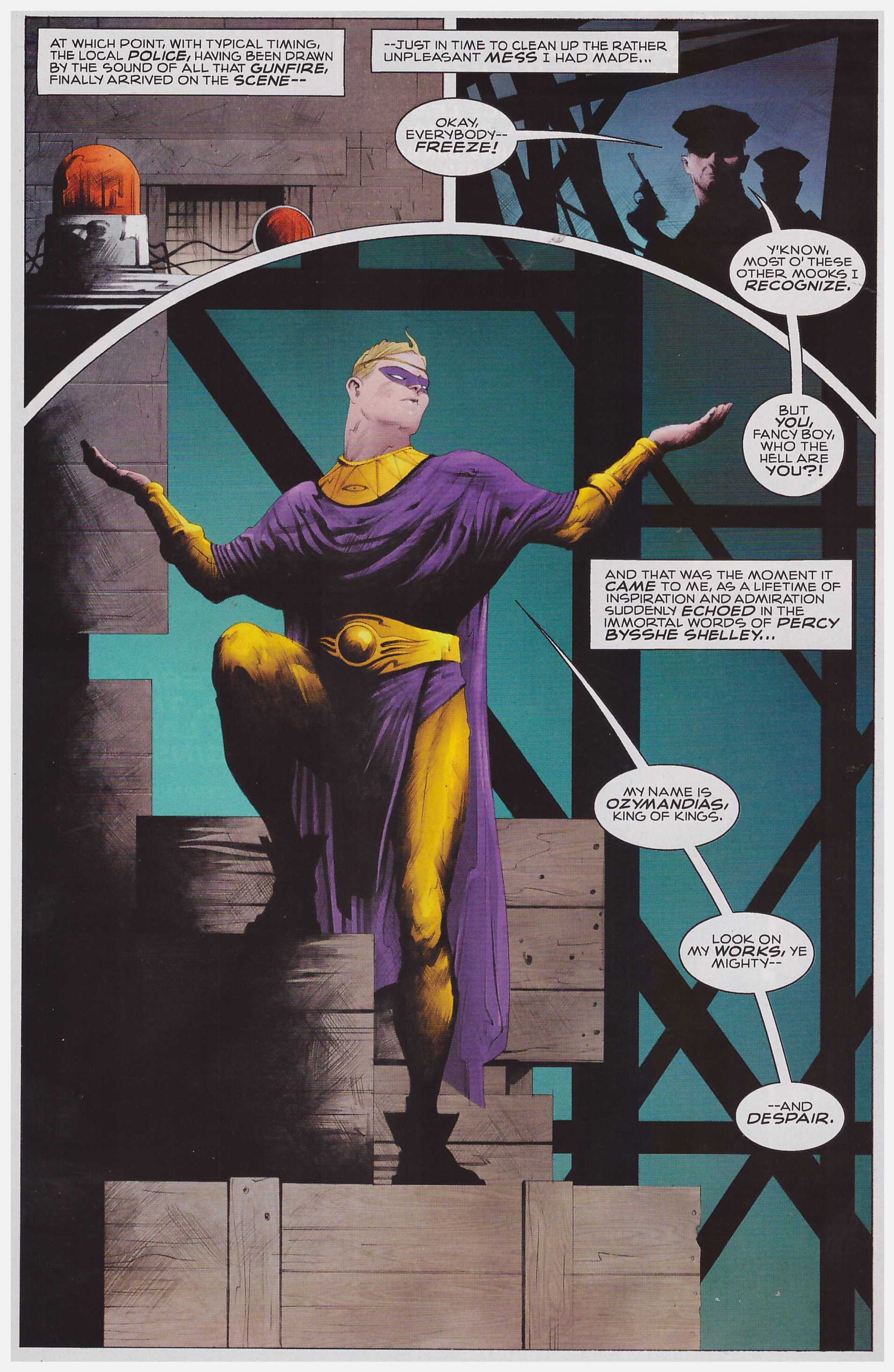 This volume differs from the other three Before Watchmen books in featuring work from creators who were associated with the Watchmen graphic novel. While better known as an artist, John Higgins coloured Watchmen, and Len Wein edited the original series.

More than any other story told in this series, that of Ozymandias is superfluous. Wein adds a nip here, and a tuck there, but it’s a greatly over-extended re-hash of what we already know as Adrian Veidt moves behind the scenes developing his master plan. The very few occasions when it steps beyond just peter out, such as his investigation into the disappearance of old hero Hooded Justice. Jae Lee’s approach with the art is very interesting, though, prioritising a page design in the manner of Moore and Gibbons’ original work. Where they restricted themselves largely to a nine panel grid Lee’s motif is circular panels and semi-circles. It’s a surprisingly effective method of storytelling, and Lee’s distinct fine-lined style evokes an earlier, simpler time, although his square-headed Veidt, often seen from below to accentuate his aloofness, doesn’t always work.

The purpose of the Crimson Corsair appears merely to be inclusion. Watchmen was counterpointed by a horrific pirate tale, so we should have a horrific pirate tale as part of Before Watchmen. It’s written in the same faux-archaic fashion, but with nothing to reflect, what’s presented is ordinary. Wein begins as writer, with artist Higgins taking over, but neither shines. Originally serialised in two page segments, it may have been intended to convey the short action punch of the 1940s movie reel. If so, the constantly shifting sands needed to produce shock ending after shock ending act to its detriment. Two pages aren’t long enough to move matters forward effectively while adhering to this formula. Higgins displays a hitherto unsuspected talent for horror, but isn’t as distinctive as either of the other two artists in this collection.

Steve Rude is the final artist, always seemingly effortless in presenting dynamic action storytelling, and his feature is Dollar Bill, one of the original Minutemen. Wein’s script is a viable pastiche of 1940s superhero comics, and Rude cottons on very quickly. It’s surely not the case that anyone who read Watchmen was left sleepless wanting to know Dollar Bill’s biography, and the problem with an accurate pastiche of 1940s comics is that it requires duplicating all the weaknesses of that material. This leaves us with an awful lot of gung-ho dialogue that’s just not needed. The story looks, fantastic, though.

As with the other volumes the back of the book presents the covers (and alternatives) to the original comics, and a few character sketches.