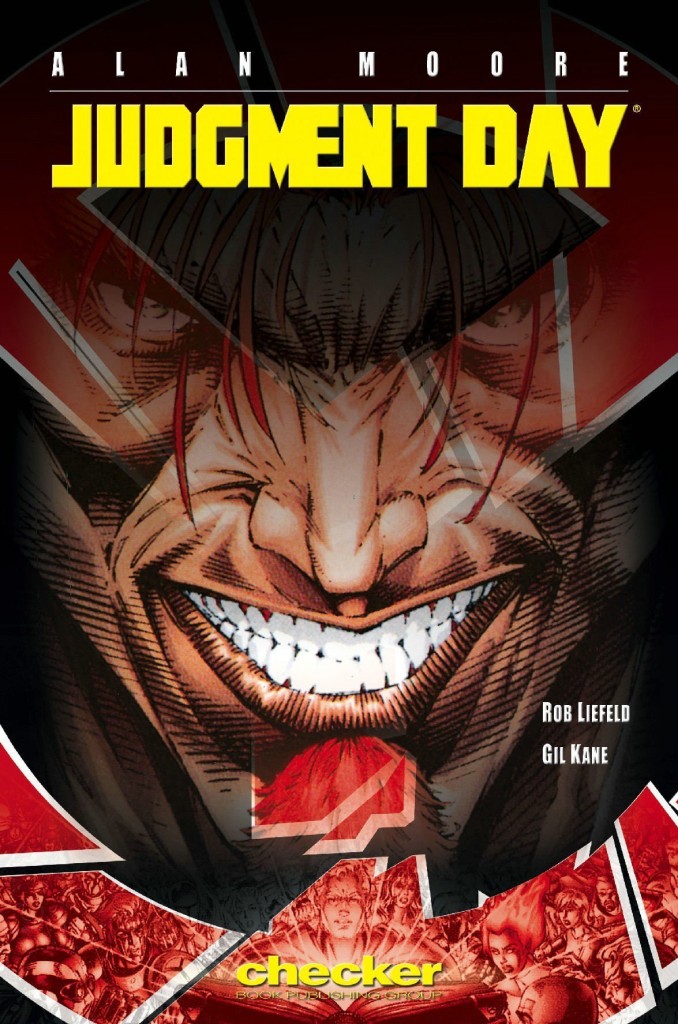 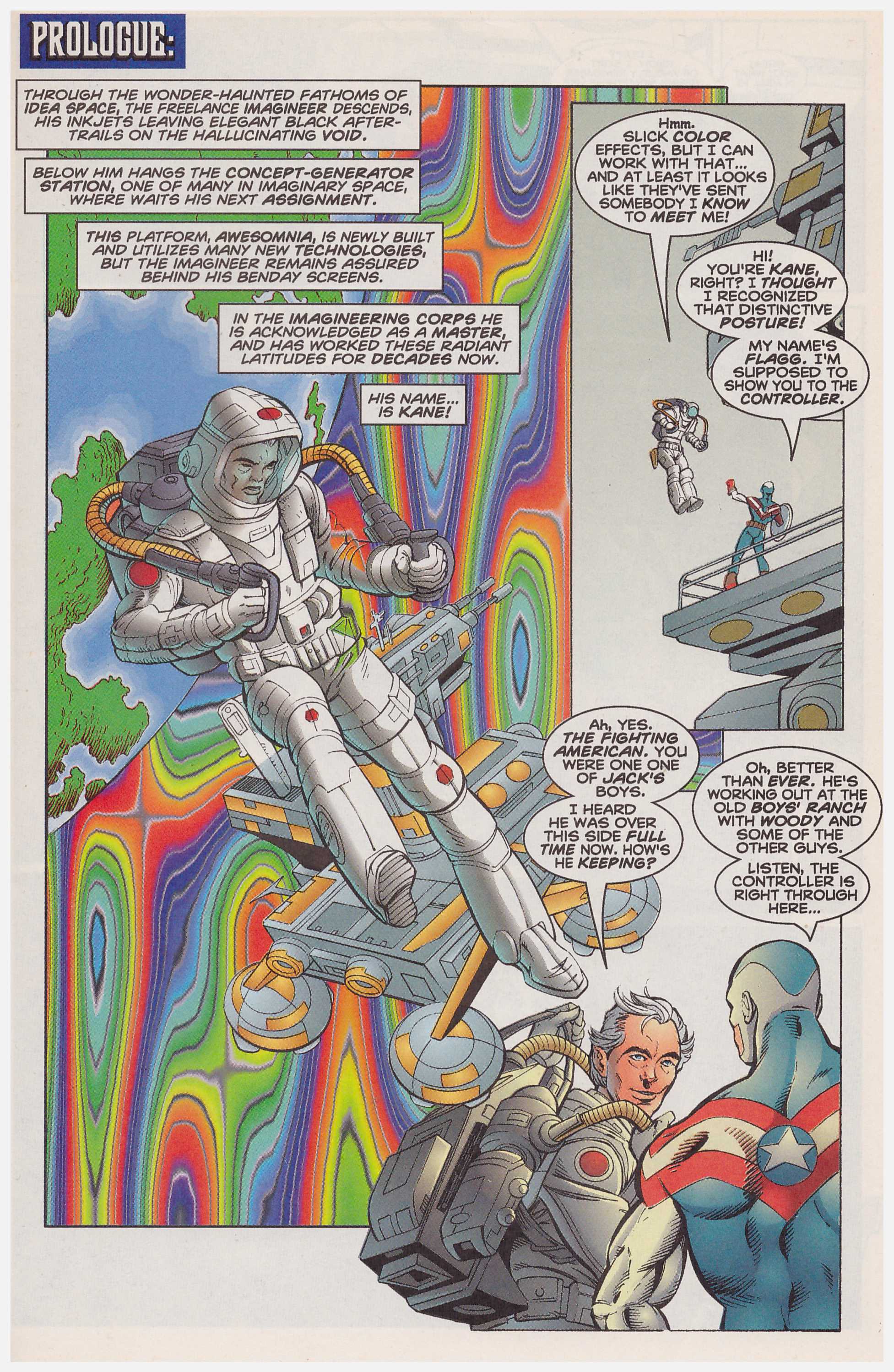 The marriage of Rob Liefeld’s 1990s superheroes and Alan Moore still seems some bizarre surrealistic dream, but happen it did, and here’s the proof.

Moore’s brief was to take the assorted musclebound distortions created by Liefeld and transform them into something viable for the then forthcoming 21st century. To Moore’s credit he manages just that, while weaving a suspenseful story around the characters. Unfortunately for a significant part of the book he’s combating Liefeld’s wretched art. This includes, but is not limited to (as they say in legal documents) distorted figures, ludicrous impractical costumes, pin-up shots in preference to storytelling, very little understanding of perspective and not a single background of note. His characters perpetually pose in limbo, and comparisons with Moore’s scripts found online also reveal him as always taking the easiest option rather than providing the value Moore inserted into the scripts. Thankfully, every few pages there’s a guest sequence by someone who can draw, the most welcome being possibly the final comics work of Gil Kane. There is an irony in Kane more than anyone else popularising the layout technique of large figures emerging from panels so misused by Liefeld.

The focus of events is the murder of a hero named Riptide, possibly by one of her Youngblood team mates, Knightsabre, when he was drunk. Assessing whether or not this was the case involves plenty of flashbacks to earlier times, so involving other artists. Moore generously spreads his storytelling over several different genres, tying them together with a book of destiny that’s been passed down through the ages. This book is also key to Knightsabre’s trial.

Over the course of three chapters Moore gives Liefeld’s present day characters a history and mythology by introducing their forebears through the ages, and also provides the legacy of a couple of dozen new characters and settings available for the use of others. Despite all being variations of genre stereotypes Moore invests them with individual characteristics, and in some cases – a Puritan gunman in the old West – there’s a compelling concept. He also ties together Liefeld’s heroes in a feasible manner, while presenting the possibility of a year zero whenever required.

We then have a short solo for Shaft (think Hawkeye/Green Arrow) drawn by the under-rated Steve Skroce before Kane’s contribution. This is Moore providing six brief tales of the post ‘Judgment Day’ line-up of Liefeld’s characters. He’s coasting, working with the stereotypes he’s been provided with, but every story has some value even if it’s restricted to a few lines of dialogue. Furthermore, there’s an imaginative and charming meta-introduction for Kane (see sample illustration), whose art is excellent. His best is the nutty Spacehunter story, which is entirely dialogue free.

If you can overlook some dreadfully drawn pages, all front-ended, there’s a fair bit of fun to be had here, as Moore works in the manner of his later Tom Strong, but the back cover blurb comparison with Watchmen is outrageous.