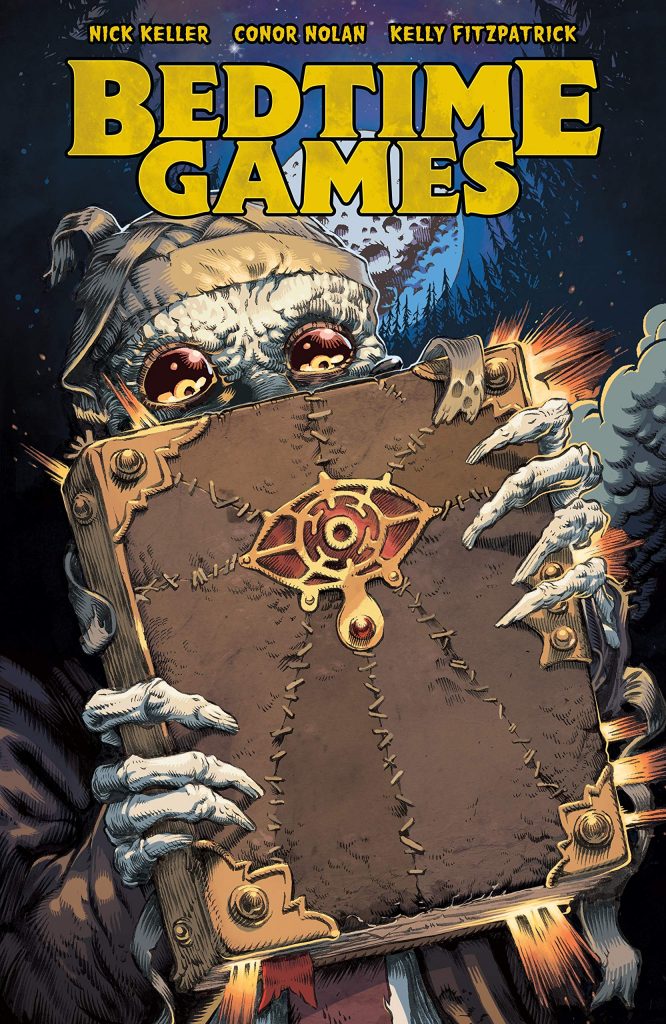 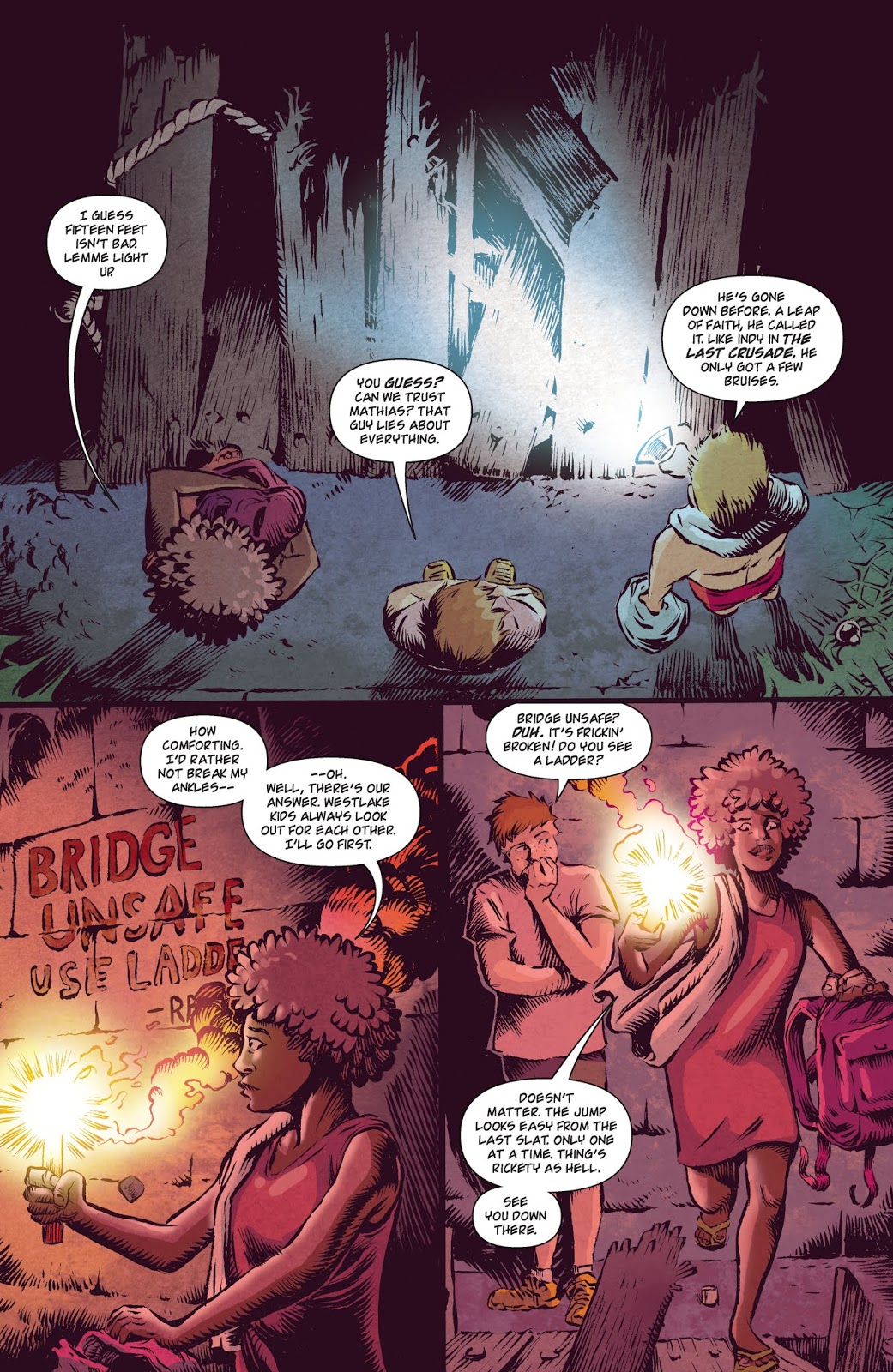 Nick Keller really should have figured out his opening scene a little better. He supplies the information that’ll be relevant later, but during the course of three irritatingly smarmy teens mouthing off. It’s deliberate, so that when he pulls back the curtain we’ll all be surprised about the horrors in these kids’ lives, but it’s also overplayed. That applies to so much else about Bedtime Stories, which never transcends its cheap horror movie influences.

See, there’s this creepy being, his skull-like face topped by a head swathed in bandages, Mr Bedtime by name, who’s been dealt with by a previous generation, but who’s now back. He knows some dirty little secrets does Mr Bedtime, and he’s a tempter to boot, with the kids of expensive private school Westlake Academy and the surrounding area terrified. The problem is that it’s with random happenings, a series of unfortunate events if you will. Every now and then, to ensure we still have sympathy for the three lead characters Keller slips in a panel reminding us of their unhappy circumstances.

Conor Nolan’s art is interesting, and by some distance the better part of the collaboration. He’s been looking at Richard Corben and Bernie Wrightson, so his people have a cartoon-like consistency and his monsters are suitably gloopy. There are some rough edges, with Mr Bedtime himself being very stiff every time he appears, and the layouts are less ambitious toward the end, but Nolan’s work is interesting.

Sadly, the same can’t be said for Keller. The only times he defies prediction are on occasions when he pulls something out of left field, random happenings with no context. If you’re happy enough with your slasher style horror being relentlessly derivative, you may enjoy Bedtime Games, but there’s far better out there. You’d also be well advised not to put the title into a search engine without some qualification.