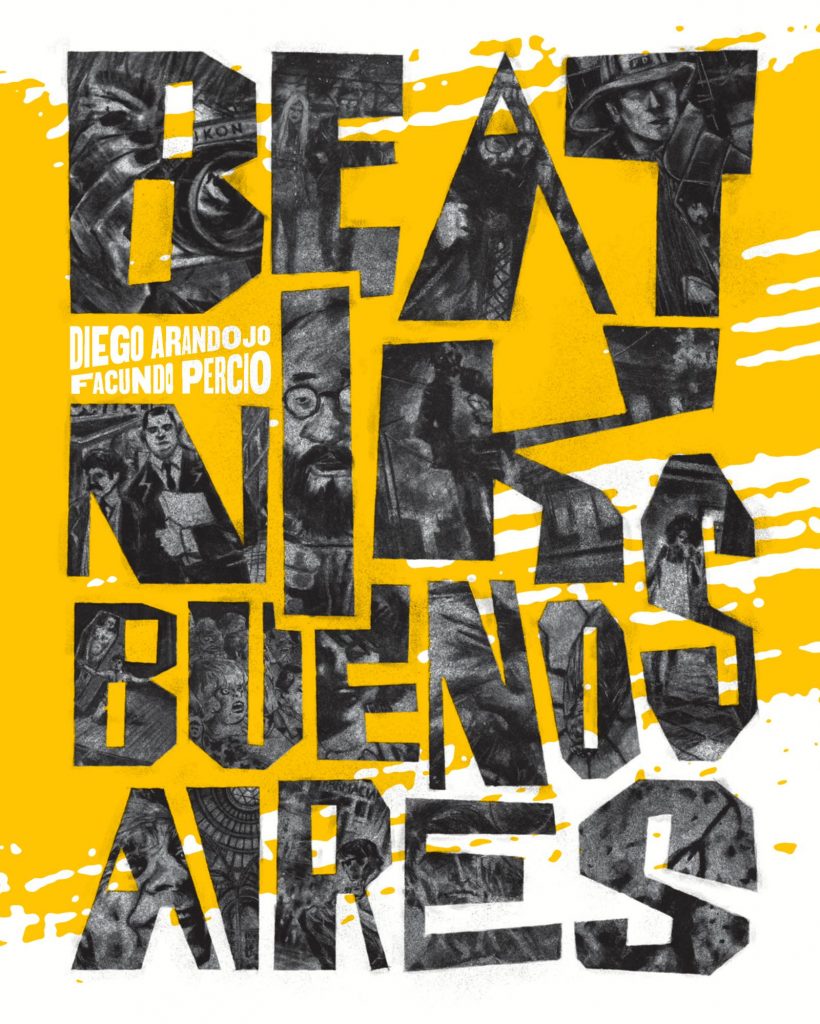 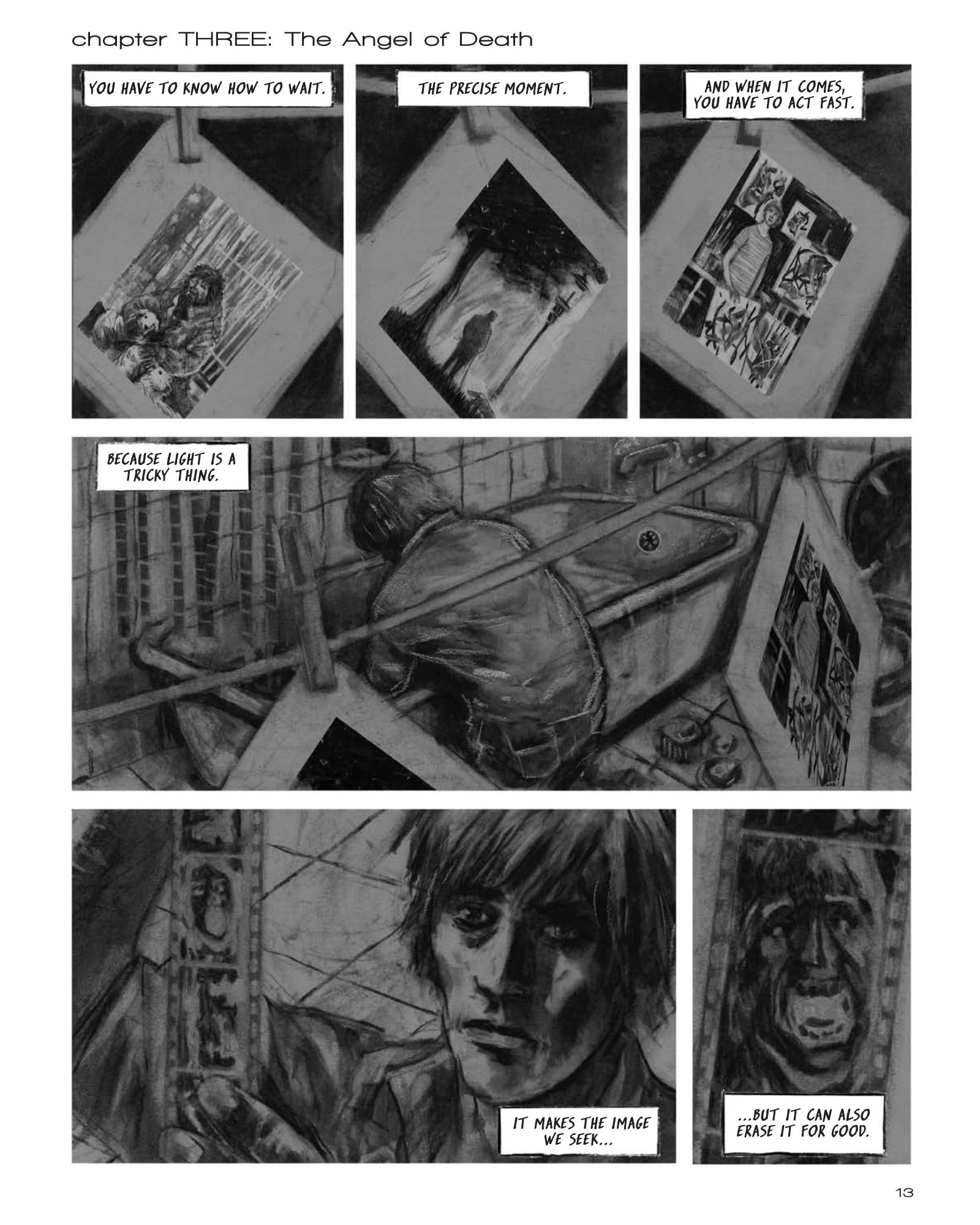 It’s a fair bet that no English language reader has previously given any thought to Beatnik culture transferred to Argentina’s capital city in the 1960s, yet Diego Arandojo and Facundo Percio provide a compelling reason to consider it now.

This anecdotal companion originated with a film about the times made by Arandojo, who found his interviewees provided so many good stories they wouldn’t all make the final cut. Not wanting to waste them, he filtered them into Beatnik Buenos Aires.

Percio may not be a name known to English readers, but he’s one hell of an artist, bringing the times and people to life in crowded, sweaty bars and rainy city streets via shades of charcoal grey. While the anecdotes resonate, with a different artist they’d be nowhere near as powerful. Percio conveys the multitude of moods the various protagonists radiate, from euphoria all the way down to tragedy, one of those being the tormented photographer shown on the sample art. He’s a compulsive, as he sees it documenting the scene to protect it from the future, yet so concerned with that he’s letting aspects of his present fall to pieces. We don’t know this when introduced to him on that opening page, yet the haunted look of his portrait opens his personality, hinting at what’s to come.

American Beatnik culture is largely associated with writing and the spoken word, neatly encapsulated by one interviewee as “writers who don’t write”, but the Buenos Aires counterpart is a broader scene encompassing other arts. We meet a forger as well as the photographer, a dancer, a performance artist and others whose lives converge in several of the thirteen chapters. Thoughts about the creative process accompany the vignettes, as do comments on art, one very telling moment being the donation of a scribbled drawing, the name of the artist endowing the importance. The comments are intelligent, wry and evocative, quotes that reveal the speaker, and time and again a thought resonates, be it the idea of music sleeping or the printer contemplating that a book casts our image back into the past.

Beatnik Buenos Aires builds and builds, providing the cultural stew of a glimpse back to a creative era that burned briefly, but brightly, and indelibly for some. It’s poignant and haunting, and although Arandojo provides a full cast list in his chapter by chapter appendix, the enthused will surely want to investigate further. A glorious final chapter tying the art into the repressive politics of the time cements the deal. It’s a masterpiece.