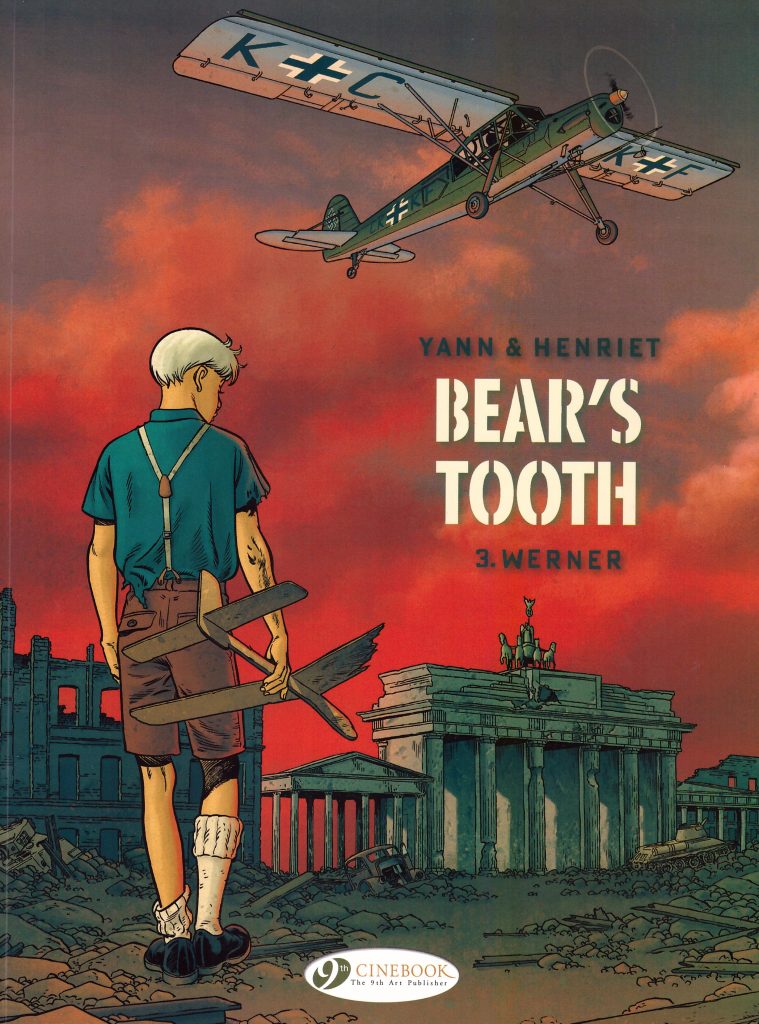 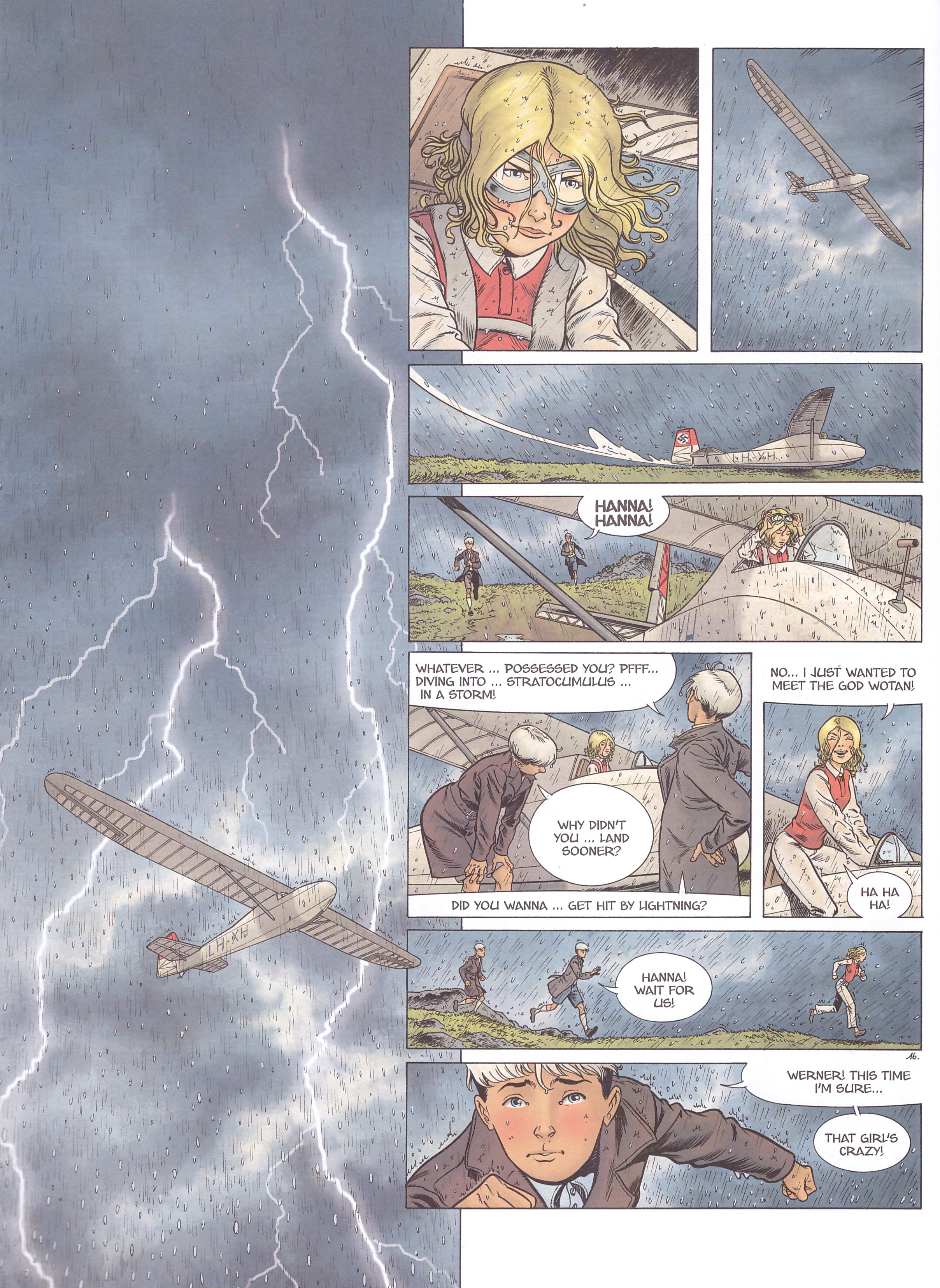 We’ve seen Werner in flashbacks as one of three flight obsessed childhood friends, but he remains a mystery in the present day of 1944. The Jewish Max fights against the Nazi regime, but Hanna saw their rise as her opportunity to fly, and has become one of the Reich’s best pilots. So what of Werner? Writer Yann keeps us guessing for some while, beginning by following up on the cliffhanger that ended Hanna. It’s done cleverly, and left open-ended for a while as Hanna returns to Berlin, and that’s when we finally see Werner again.

In the key sequence his younger self has been able to close his eyes the persecutions carried out by an organisation he’s joined to further his likelihood of flying, passing off thuggery and anti-Semitic songs as high spirits and bluster. With his eyes opened he’s given an alternative life choice, and takes it. This is one hell of a nice piece of plotting on Yann’s part, toying with a deficiency of some comic artists who only use the single face for all their characters. Not that Alain Henriet is in any way deficient. Even more than over the previous books he supplies glorious looking devastation, draws every nut and bolt on every means of transportation, and brings the characters to life.

A question running through the series is whether the adult Hanna is as dedicated as she seems, or whether it’s a cultivated expediency ensuring she can remain flying. That’s answered brilliantly, indicating the complexity Yann applies to the various personalities. The disclosures about Werner also apply a depth to his character, and reconfigure much of what we’ve read before. This is all against a rich background of constant threat and danger as Nazi Germany falls apart and the Russians reach Berlin.

An ending that appears definitive is both surprising and abrupt, yet the final text notes this as the end of season one. Indeed, a further three volumes await, and after the revelations of Werner it’s anyone’s guess as to where Yann intends to take the story. Rush those English translations, please Cinebook.