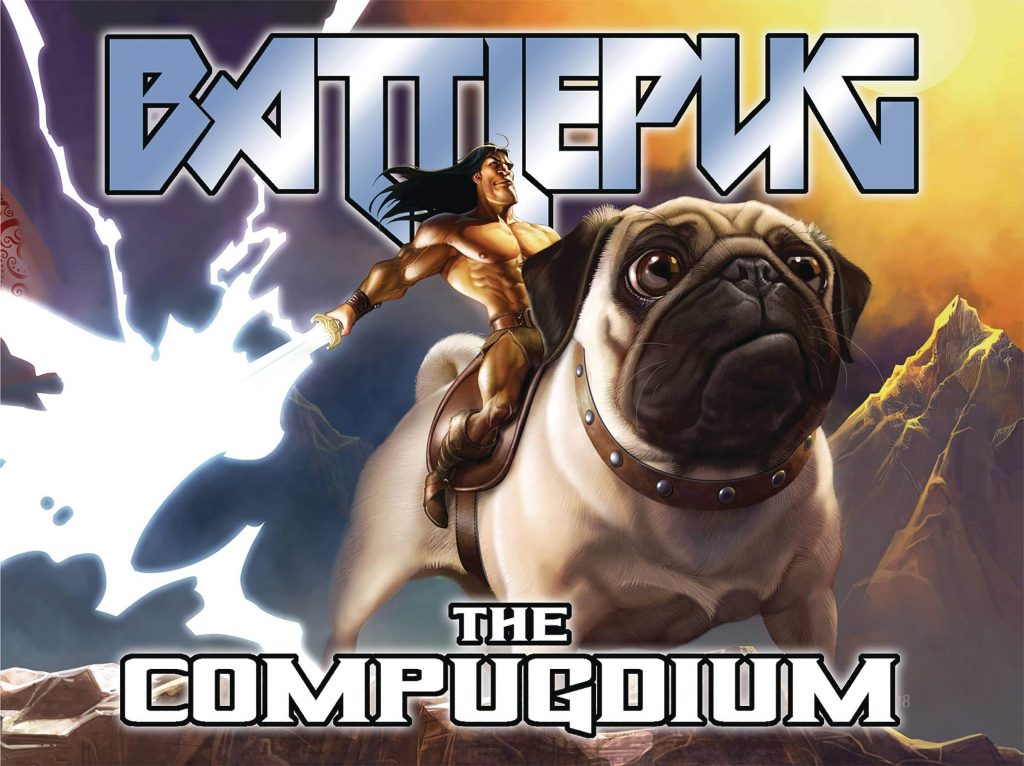 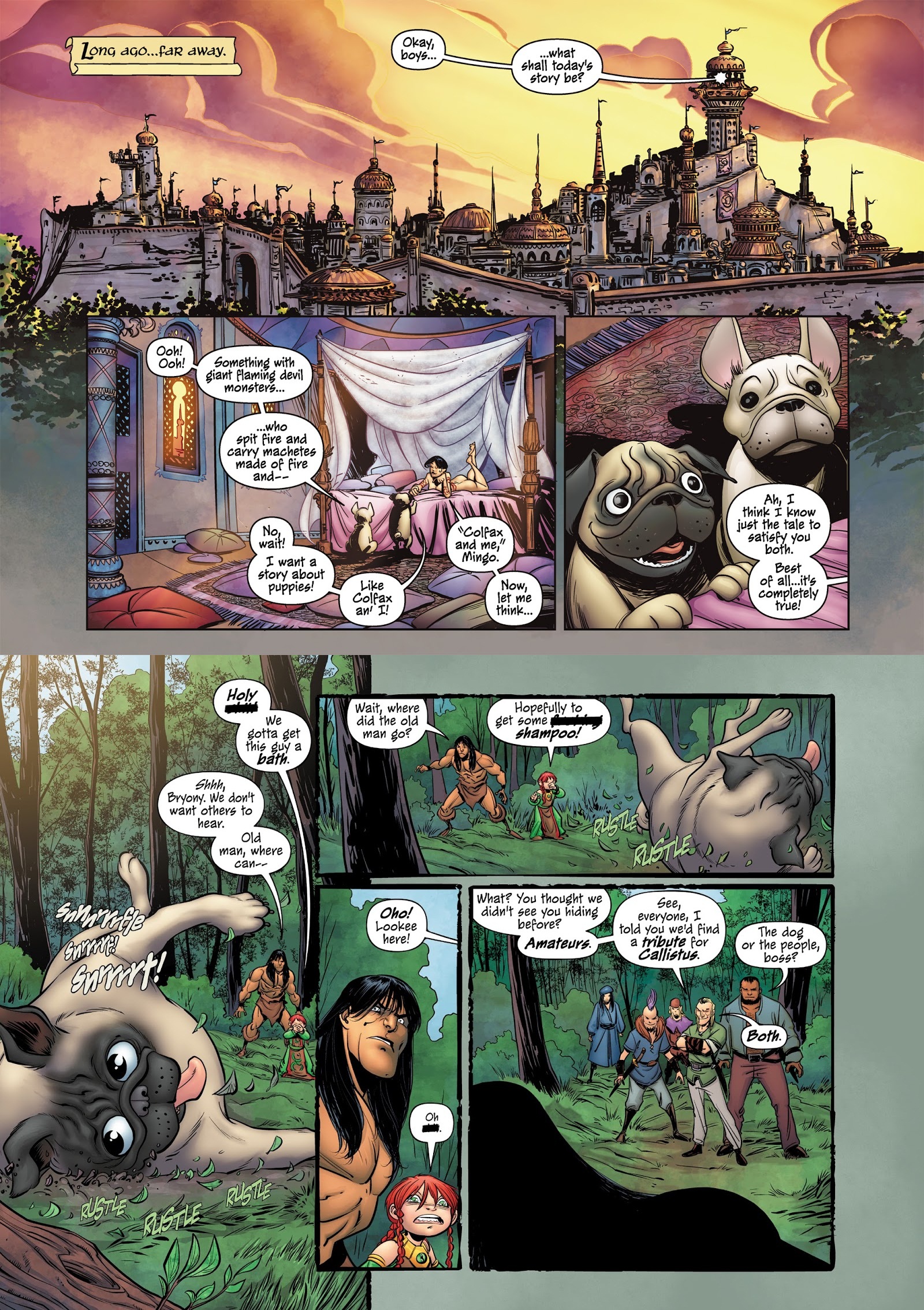 Three years after the final landscape edition of this good-natured sword and sorcery pastiche, Mike Norton compiled all five volumes for this Compugnium. Battlepug’s had a good run considering it began when Norton was asked to contribute an illustration of a creator-owned project, realised he didn’t have one and submitted a barbarian warrior astride a giant pug dog.

Over the opening section the novelty of a giant pug dog with that cute face and those sorrowful eyes carries the story a long way, especially combined with Norton’s lush and detailed cartooning. It’s not quite infallible, though, as it’s still noticeable that the opening section is episodic and thrashing around as a fearsome barbarian warrior attempts to find a purpose in life after his home town of Kinmundy was destroyed by a giant seal. The giant beasts are the creation of sorcerer Catwulf, who has a malevolent masterplan to control the world’s magic. Oblique hints are dropped that the warrior is designated as his world’s best hope to prevent this, but first there are a couple of tasks to fulfil…

To that point, around fifty pages in, Battlepug betrays its origins as a weekly webcomic, every single page decorative, but the story rapidly switching about. That remains a characteristic as Norton introduces more and more characters, almost all of them appealing, but it’s gradually apparent there is a bigger plan after all. It’s one that allows for diversions, and some concentration on other cast members, and never forgets the prime visual element is Battlepug himself and those big, doleful eyes. Norton takes the plot into some surprising places, the strangest of them the surreality of what’s within the Seeing Pool, but keeps the traditions of sword and sorcery in mind, although respectfully. Battlepug may be funny, but Norton’s not in the game of ripping the genre clichés to shreds. Allan Passalaqua’s colouring contributes greatly to the overall mood, the brightness of his flat tones creating lush and desirable environments.

Plenty of other artists were taken with Battlepug and their sketches round out a satisfying collection. If preferred, it’s still easy enough to buy all five volumes of the original landscape hardcovers, very nicely designed, beginning with Love and Drool, and longer reviews of story sections can be found under the individual titles. After a shaky start, Battlepug is one hell of a lot of fun, and Norton followed up with War on Christmas, picking up on an early throwaway joke included here. 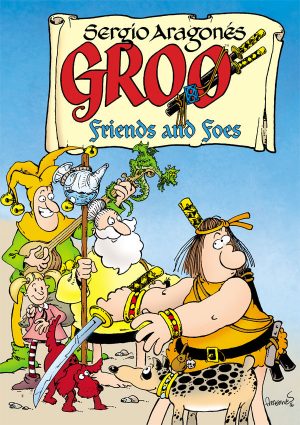