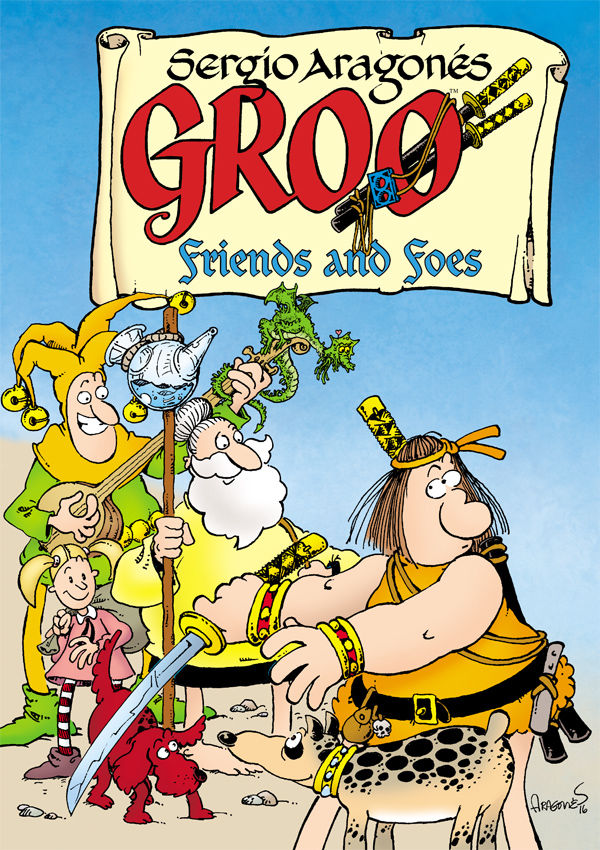 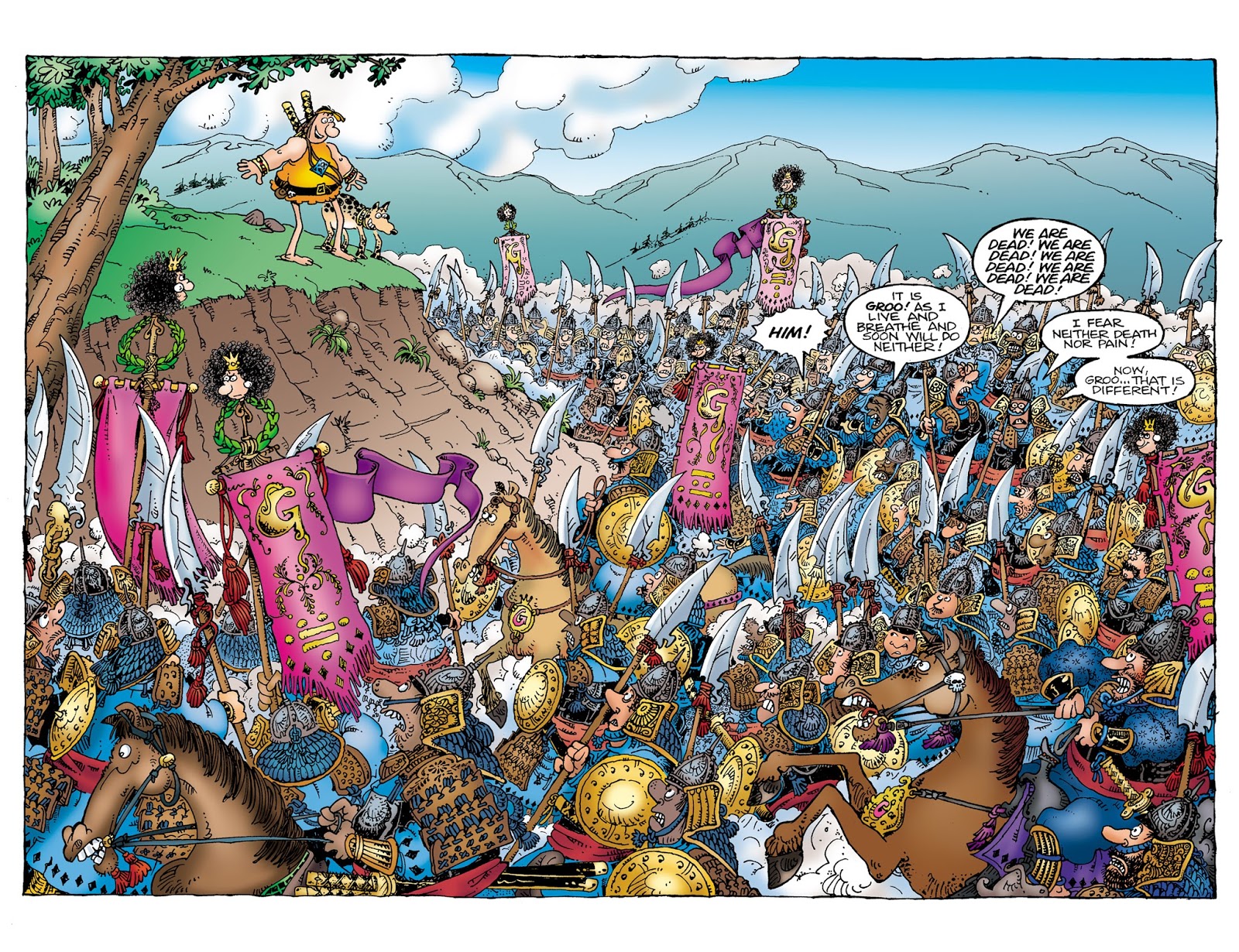 By the time Groo moved to annual publication of a four episode story just before the millennium, Sergio Aragonés and Mark Evanier had built up a considerable supporting cast for the inept barbarian, and an audience who regarded that cast fondly. The new schedule, however, didn’t allow for as many of them to visit as monthly publication did, and by 2015 some of these friends and foes hadn’t been seen for over a decade. The creative solution was a series running an entire year, with Groo meeting a different member of his supporting cast in every episode. The stories are loosely connected via Groo constantly bumping into a little girl searching for her father, the plot satisfyingly resolved in the final chapter with the writers having convincingly pulled the wool over our eyes throughout.

Beyond the first few years, Groo plots have made extensive use of structures developed in those early days, yet Aragonés and Evanier are so imaginative that these survive repetition without becoming predictable beyond the formula. An example is every chapter being introduced by the Minstrel singing of Groo’s ineptitude in a different location, a full page followed by a characteristically busy panorama by Aragonés when the page is turned, Evanier providing the witty rhyming dialogue setting up the story. Other well used scenarios retaining their novelty are solving one problem only to cause another, then solving that and creating a further problem or the inevitability that Groo will sink any ship he boards, that setting up a good opening chapter. Of course, endless jokes can be mined from a basically genial character who’s an incredible warrior, but completely dim, not least his inability to understand even the simplest of instructions.

In addition to the clever plots, Groo is a cheerful and humane project. Those of ill intent invariably come off worse for their manipulations, while the pure of heart win through, although that only applies to main story characters, with innocent bystanders casually having their lives ruined for comic effect. The single largest factor in Groo’s popularity, though, surely has to be the sheer joyful nature of the art. The detail in the spreads Aragonés draws is so character rich and plain funny you’ve got to be a dedicated curmudgeon not to be drawn in. His designs ooze personality, so from the innocent children in an orphanage to the assorted ne’erdowells rampaging and pillaging and everything in between anyone can be immediately aware of someone’s true nature. The spreads look spectacular on this denser paper stock and oversized.

Reading twelve continuous chapters highlights how many laugh out loud moments there are to be had from Groo and his world, way more than most other supposedly funny comics, even after the creators have been working on the feature for over thirty years. That’s quality. The caveat is that it comes at a price, but the same joy can be found reading the story of three paperbacks, starting, naturally enough, with volume 1.