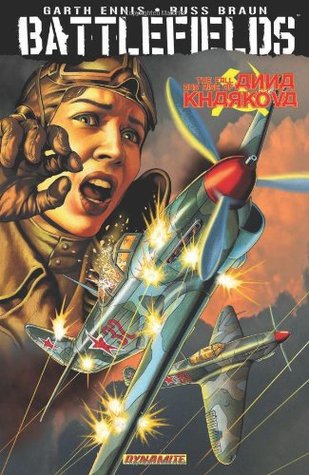 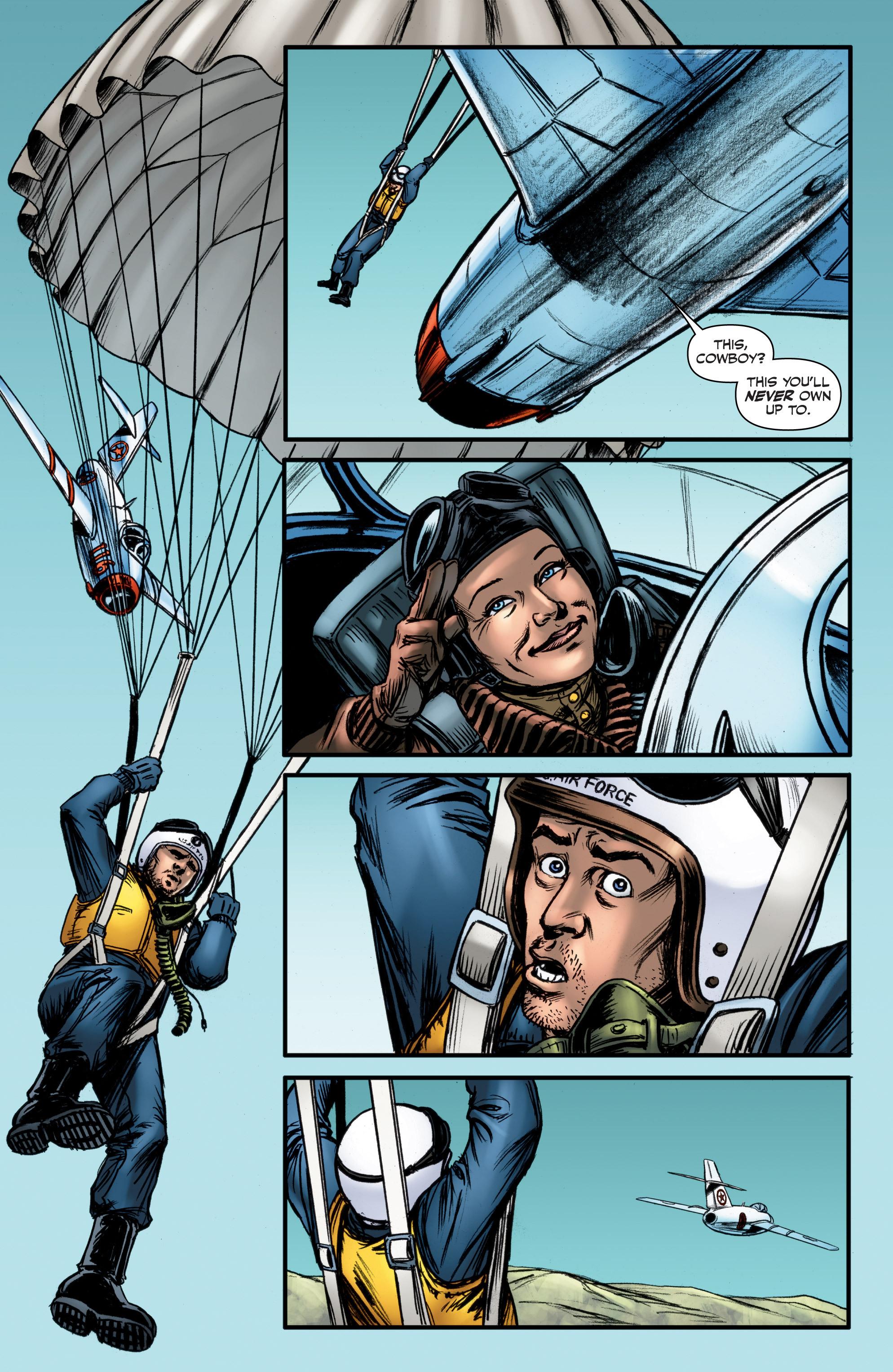 Garth Ennis and Russ Braun twice previously considered Russian fighter pilot Anna Kharkova, visiting her in 1942 and 1943, but here over three chapters they adopt a skimming stone approach, looking in on her in 1944, 1951 and 1964. The result is three very different stories.

By 1944 Anna’s former mechanic Mouse has herself become a pilot, the responsibility eradicating her previously timid and stammering personality. Unfortunately, back on the base is Major Merkulov, the odious secret police officer whose cowardice was revealed in Motherland. It becomes the least of Anna’s worries as one day she wakes up in a German prisoner of war camp. The remainder of that opening chapter is primarily a series of conversations and brutal welcome to the new order in Russia.

Merkulov comes into his own in the second chapter, which fills in between 1945 and 1951, Ennis delivering a stomach-turning portrait of self-interest and pettiness, but at least Anna gets to fly a jet plane. One further flight awaits, but that’s a long way into her future.

Braun has to age Anna two decades over the course of this graphic novel, and additionally show how the hardships of those times has taken its toll, and does this effectively. Given unsentimental scripts, he does nothing to diminish their harsh tone, and the result is some wonderfully disciplined art, Braun earning his own freedom every time the planes take to the skies.

Many noted Russian novels present a fatalistic attitude to hardship and tragedy being the perpetual lot of the Russian, and over three stories that’s the template Ennis applies to Anna. Having been given a great opportunity by being trained to fly, she’s naturally talented, and it’s only really in the skies that she’s truly free yet circumstances conspire against her, and over the twenty years depicted in this graphic novel there’s very little opportunity for her to fly. A poetic ending is the last we see of Anna, and this has been another excellent outing. It’s also collected in volume three of The Complete Battlefields.