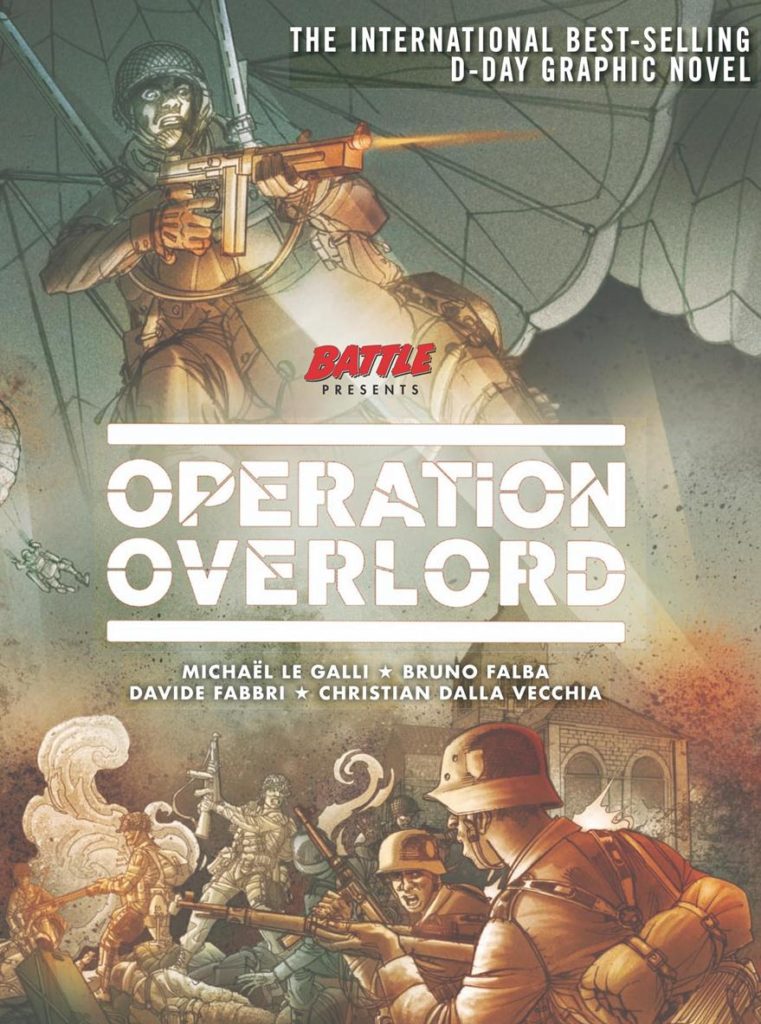 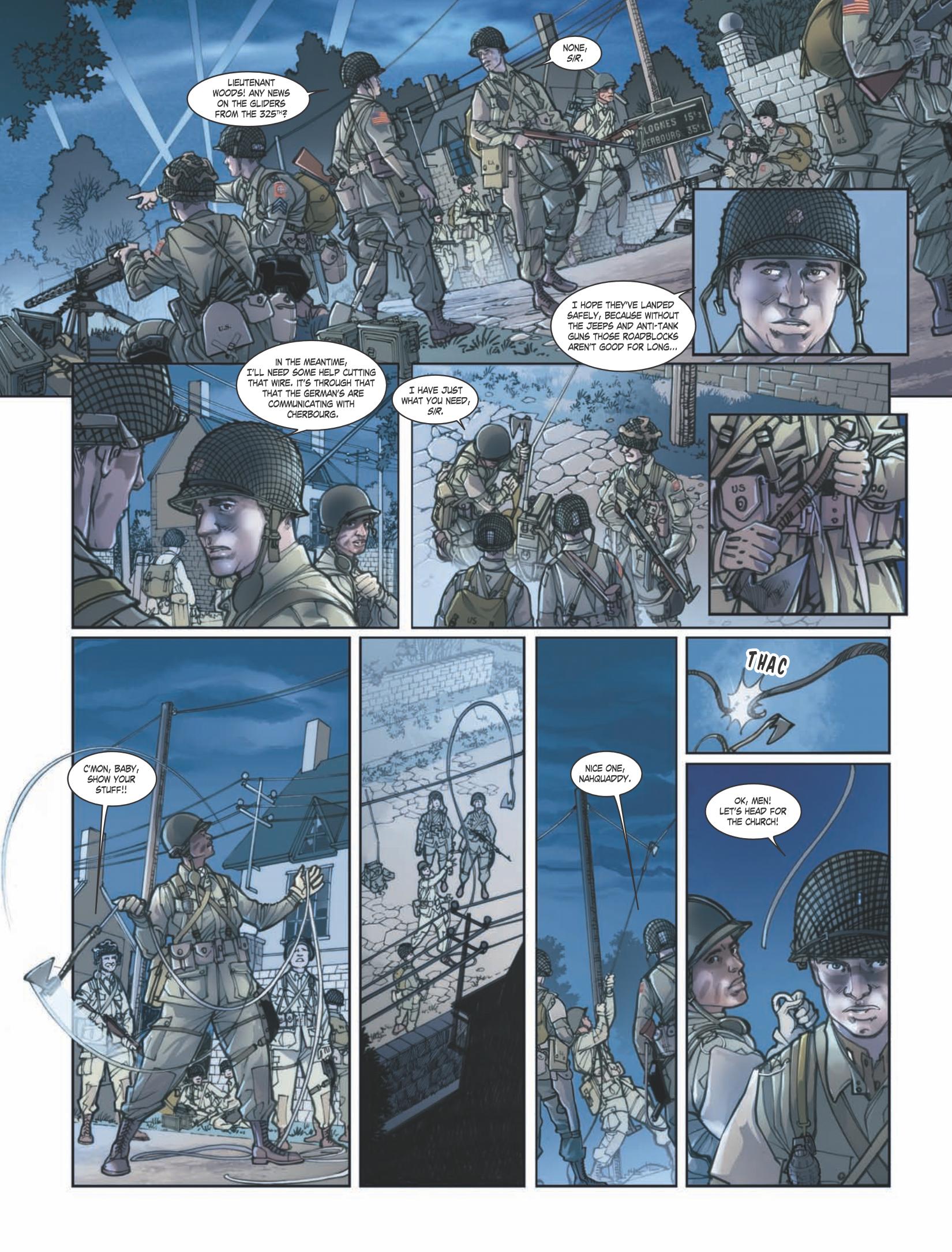 Overlord was the codename used in discussions about the invasion of German occupied Western Europe during World War II. It began on June 6th 1944 with a landing on Normandy’s beaches in France, and Operation Overlord combines the first four of a six volume series as published in France.

France, of course, has good reason to be extremely grateful for the liberation, and a selection of creators produce a respectful recounting of significant events during the early stages. They strive for historical accuracy, while also personalising events via introducing us to the troops involved over four separate invasion points. The first American paratroopers to drop into Sainte-Mère-Église are shown to be from varied backgrounds and locations, and inserted pages show why each of the primary characters came to be in France. The same applies to the British taking part in the raid led by Philippe Kieffer and his French troops, this told largely from the viewpoint of cameraman accompanying the commandos from the moment they depart Britain.

Three of the four chapters are drawn by David Fabbri, who breaks down the story into small panels, better suited to conveying the confusion of war, and these are either action packed or feature multiple characters. The uniforms, guns, vehicles and locations have an astounding level of detail and thought well beyond most American artists working to monthly deadlines. This isn’t just on one panel per page, perhaps a larger image, but the work is put into every single panel. He rarely has the luxury of even a half page illustration, but when he does, Fabbri makes it count. There’s no exaggerated heroism either, just ordinary people being incredibly brave, laying their lives on the line, which equally accounts for the Germans, whose viewpoint is sparingly used. Christian Dalla Vecchia is also credited for the Omaha Beach sequence, and the pages he works on have stiffer and more angular figures.

‘The Merveille Gun Battery’ has a different mood from the preceding three features, concentrating more on the training before the mission before a neat switch directly into what that training is for. The personal focus is on the Quebecquois Adrian and a British soldier who hates him, while we also see the life led by meteorologist Victoria, briefly seen in the earlier stories. Her friendships are a nice touch, and Bruno Falba twists them away from what we expect.

Common to all four stories is the devastatingly high chance of the allied soldiers dying, and the time taken to ensure we know individuals brings that home intimately. The writers, especially Falba also reinforce that many of the Germans targeted weren’t dedicated Nazis, but ordinary young men who’d have preferred to be somewhere else. As a personal historical overview of pivotal World War II action, this couldn’t have been much better produced.