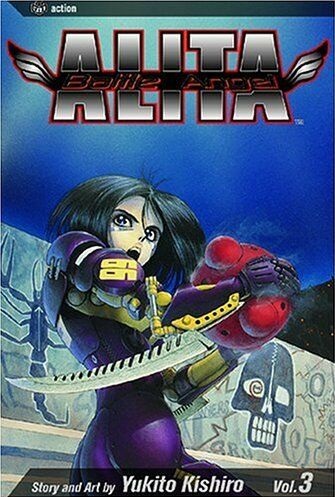 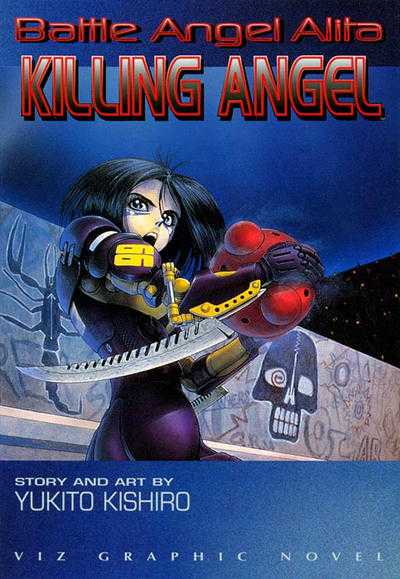 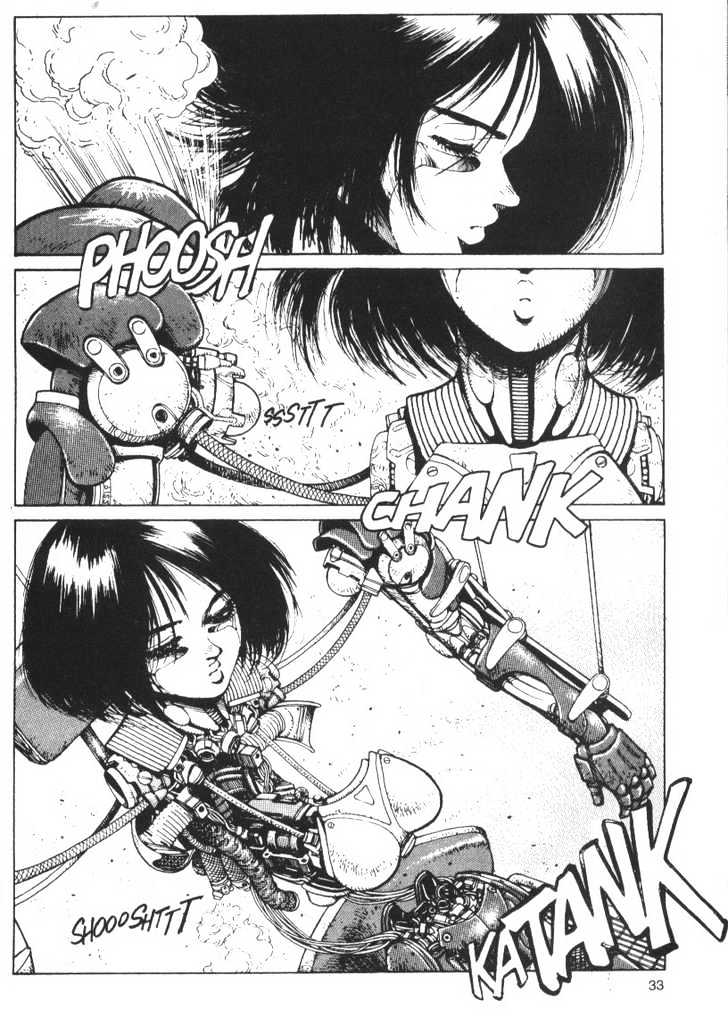 Once again, Yukito Kishiro smoothly switches Battle Angel Alita’s focus, shifting the tone of his story, taking the opportunity to flesh out Alita’s world, and adding visually interesting characters. Alita may have been reconstructed by engineer and bounty hunter Daisuke Ida, but has found him controlling, and she’s concluded that while she may be an artificial construction, that doesn’t make her anyone’s property. Rather than compete in his bounty hunting world she’s joined Motorball sports, where she’s rapidly become a sensation in the third league. Ranked top of the first league by some distance is Jashugan, so good he’ll take on three challengers simultaneously, only using a single arm.

Anyone captivated by the tragic love story that dominated Tears of an Angel will discover a completely different mood here. The Japanese comics market is large enough to support a vast diversity of genres, among which sports is a popular theme, also supporting the sub-category of future sports. Motorball is Kishiro’s version of Rollerball, featuring a distinctively designed ball that he takes a spread to explain. He’s already noted Alita has a fighting technique known as Panzer Kunzt, an application of residual memory circuits involving kinetic energy. It’s technobabble of course, but extremely effective, and clever story development. Alita wants to remember who she was in a previous life, and instinctively accessing the power in combat briefly triggers memory flashes of her past. That however, is secondary because Kishiro is interested in delivering tense sports action and lots of it. So much in fact that it extends beyond the end of the book and into Angel of Victory.

There is a predictability to the central chapter in which Alita must face a Motorball opponent in a best of three contest, the very format artificially inflating the tension, but little else is predictable from Daisuke’s strange methods of winning Alita’s friendship back to Jashugan’s limitation. Kishiro transfers the stage egotism of professional wrestlers and their ability to be set off by any perceived slight to a group of imaginatively designed cyborg warriors, and yet Alita’s well capable of holding her own among them.

Thrilling sports adventure is the order of the day, and as melodramatic as it is, Kishiro’s spirited twists and greater focus on Alita’s personality win through. Kodansha’s 2017 hardcover reissues combine this with Angel of Victory in a larger format Battle Angel Alita Deluxe Edition Volume 2.