Batman Through the Looking Glass 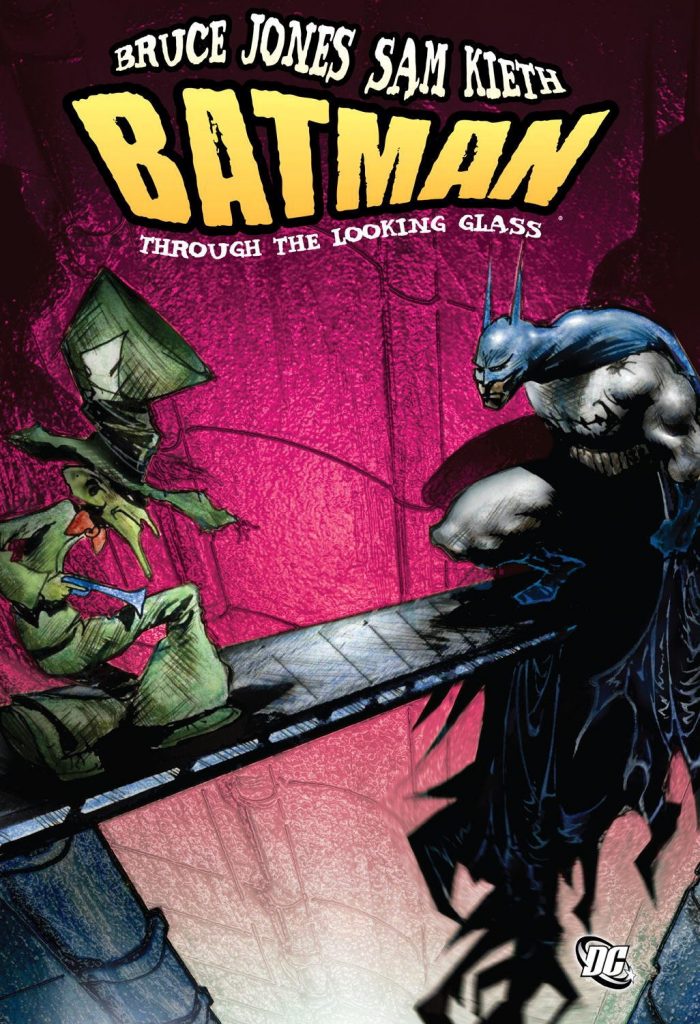 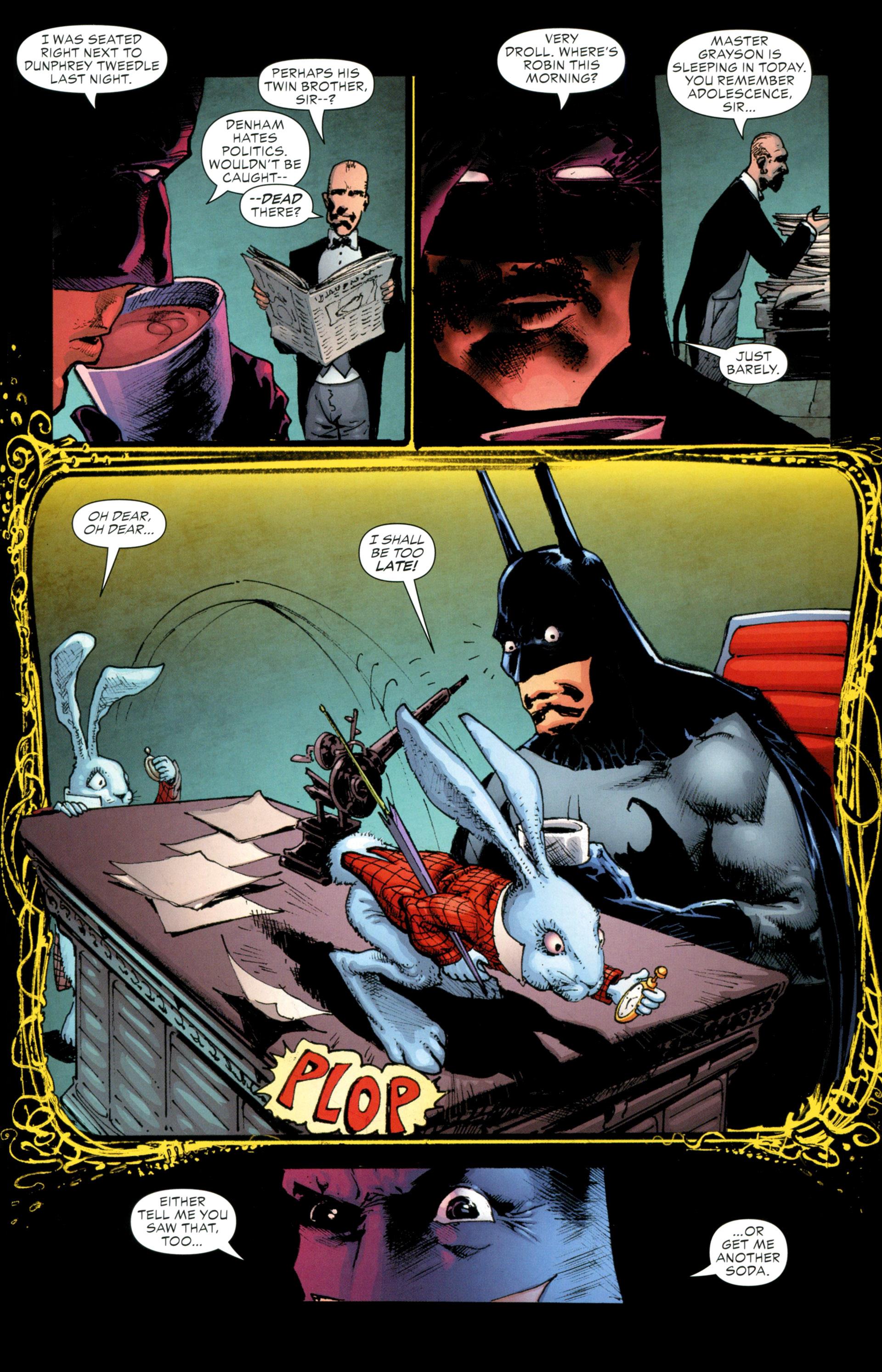 Curious and curiouser. As seen on the sample page, Batman is a little worse for wear after a socialite party the previous night, when he sees a white rabbit run across the table in front of him. Alfred doesn’t. Nor does he see a little girl Batman recognises as Celia, who refers to herself as Alice, and who leads Batman down a hole beneath the Batcave.

Bruce Jones and Sam Kieth provide a disorientating, hallucinogenic world in which we see what Batman sees, but have no more idea than he has whether our coffee’s been dosed. By broadly following the plot of Lewis Carroll’s Alice Through the Looking Glass, Jones has a selection of Batman connections already on tap, what with the personalities of several of his established villains already sourced from the book. He duly meets them, and is offered half-conversations dropping oblique hints, and is able to relate the characters from Carroll’s novel to Gotham dignitaries, all of whom attended the party with him the previous night. As Batman dutifully trips onward, Robin and Alfred are aware he’s somewhere in the sewer system, and the key appears to be Celia, a friend of Bruce Wayne’s who died as a child.

Kieth revels in the iconography of John Tenniel’s original illustrations for Alice in Wonderland, twisting and distorting the cast to produce even more grotesque visions. Kieth is the star turn here, and for a considerable time his uniquely peculiar way with a cast is distracting enough to draw attention away from there being very little actually going on. It’s eventually apparent that this is meant to be Batman’s first encounter with the Mad Hatter, although his role is hardly prominent, but it explains why Batman doesn’t realise immediately which of the people he meets might be a criminal. It’s an interesting idea that Batman’s intellect is his greatest asset, but dosing him with a psychotropic substance greatly dilutes that, so we’re seeing Batman struggling through a hindered state attempting to solve a crime anyway. Unfortunately, that might be a good idea, and tying it into Alice in Wonderland equally good, but they’re dead ends, and there’s little to propel Jones’ story beyond those ideas.

It takes almost a hundred pages of disorientation before the revelations, and if you’ve had the patience to make it that far, congratulations. You’ll be rewarded by a neat final page, but Jones has stretched too little too far, and Kieth’s best efforts can’t raise this to even an average read.