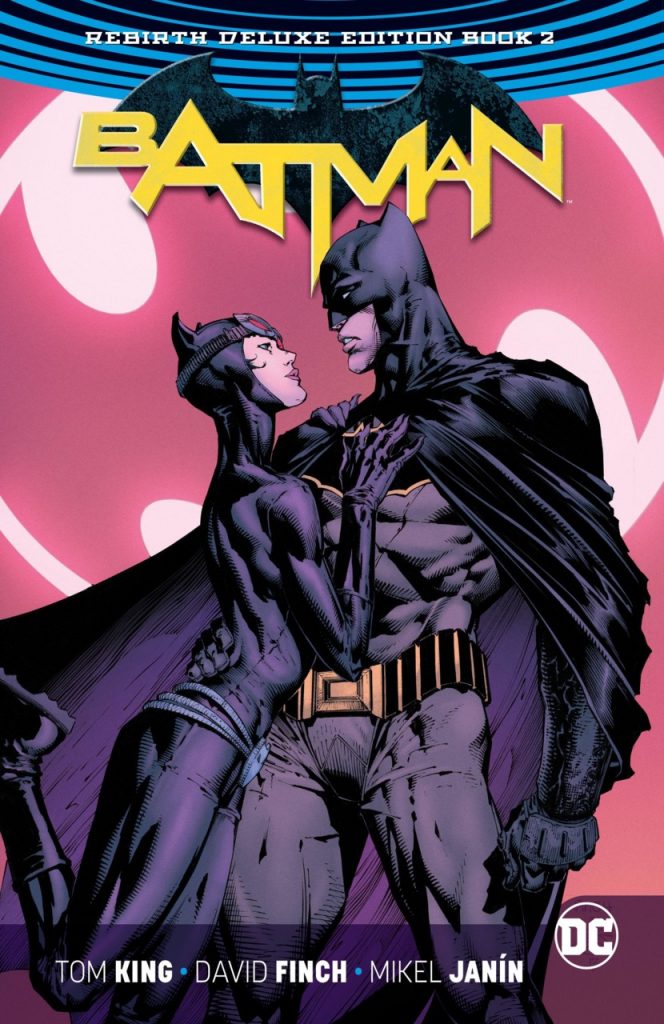 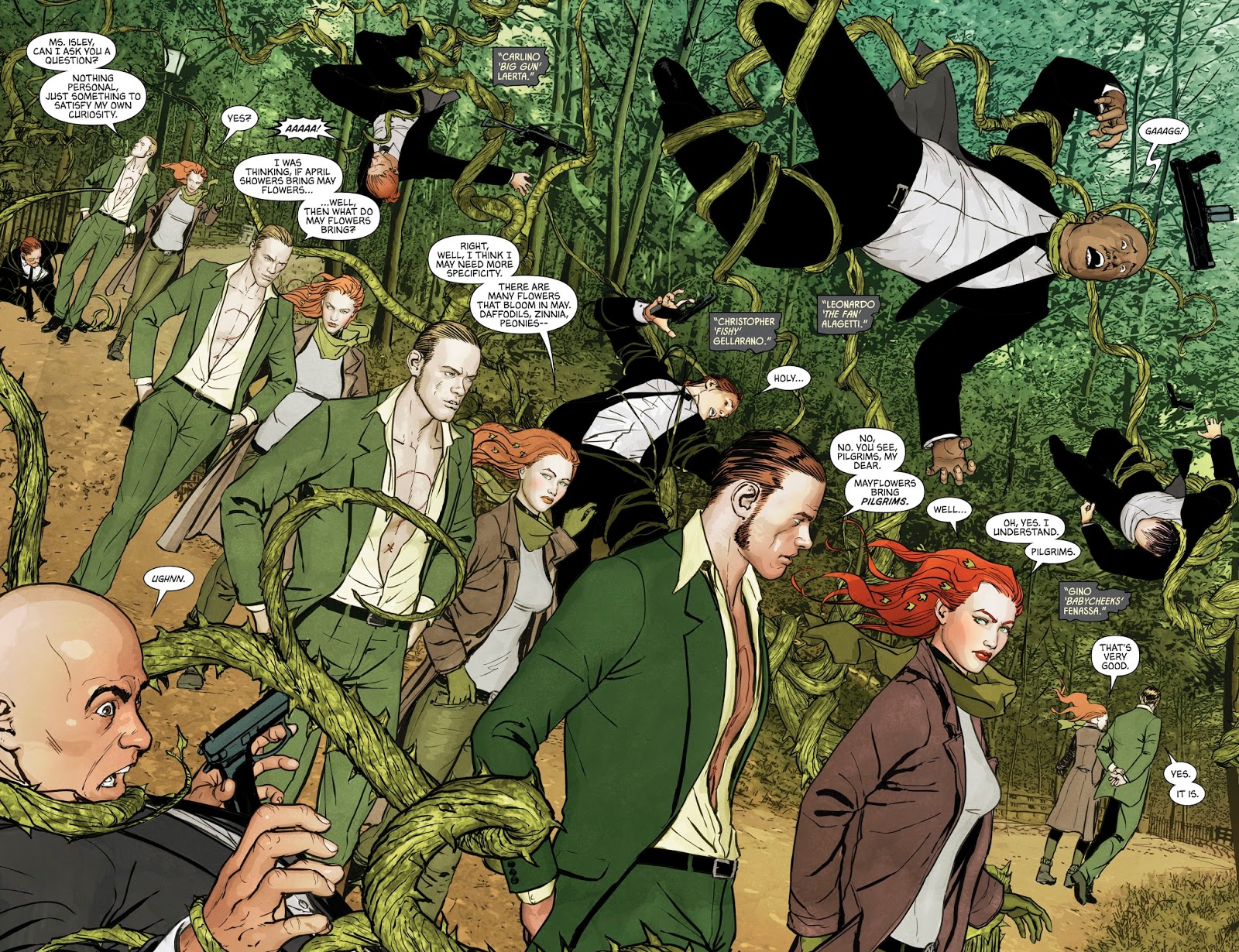 This second Deluxe edition of Tom King’s Batman run is very much a game of two halves, the first being a slightly disappointing, but necessary extrapolation establishing Bane’s credibility, and the second being the best segment of King’s entire run. In paperback these are available as I Am Bane and The War of Jokes and Riddles.

King places Bane at the centre of Batman’s torments throughout what fills six Deluxe Editons. He’s sometimes barely seen for twenty chapters, but as Batman’s life eventually unravels, all roads lead to Bane. He was reintroduced in the previous volume, and his background is detailed here as he makes his way to Gotham. It’s not essential to like a comic villain. In fact it’s preferable not to, as their eventual downfall is then so much sweeter, but the Bane we’re supplied with is like an irritating hip-hop star constantly name-checking and he’s not going to get his until a long way down the line. It’s an early indication of narrative techniques that will irritate and annoy, another being Batman and Catwoman’s twee manner of referring to each other as “Bat” and “Cat”. Irritations are one thing, but repeating a trick used in the previous volume is lazy writing. Basically, Bane quickly wears out his welcome. This isn’t a bad story, just one that drops down from the expectations of what was to come engendered by Deluxe Edition Book 1.

There’s none of that in the tour de force that is ‘The War of Jokes and Riddles’. It begins with a philosophical question and escalates to a war involving many of Gotham’s villains, sustains a tension throughout and establishes a different mood for every chapter. That adds up to some exceptional writing, King constantly pre-empting questions that occur, and throwing in good riddles and jokes. It’s unlike any other Joker or Riddler story in the decades they’ve been around, and Mikel Janín’s talent for facial expressions plays a major part, King trusting him to convey the necessary emotional impact. It’s a phenomenal story, five star material on its own, and able to drag up the rating of this combination.

While the stories they’re illustrating aren’t as good, David Finch and Mitch Gerads produce exemplary art, with Gerads great when Swamp Thing stops by in Gotham. He only draws interlude pages, but Clay Mann’s work detailing what Kite Man’s up to maintain the quality. Over the early part of his Batman run Kite Man is a sideline reclamation project for King. It’s partly tongue in cheek as with that name and gliding a speciality, Kite Man is among the most ridiculous of Gotham’s villains, but there’s also an element of showing off to King’s writing, and making something credible of Kite Man feeds into that.

Deluxe Edition Book 3 is the full return to form.