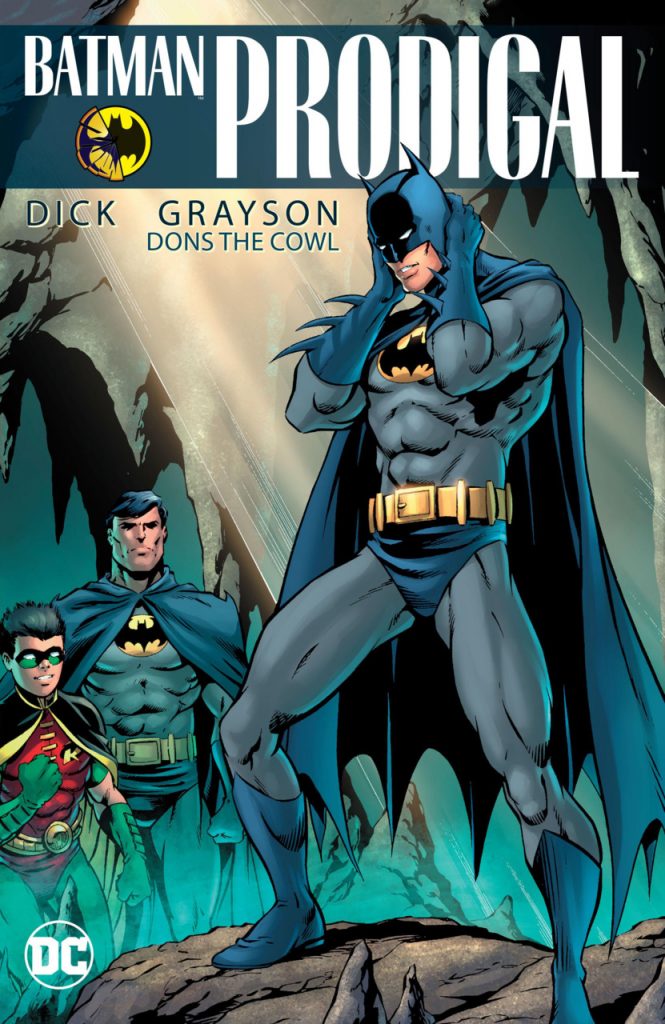 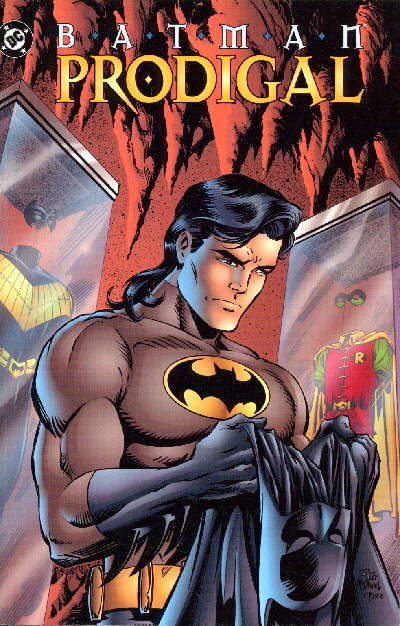 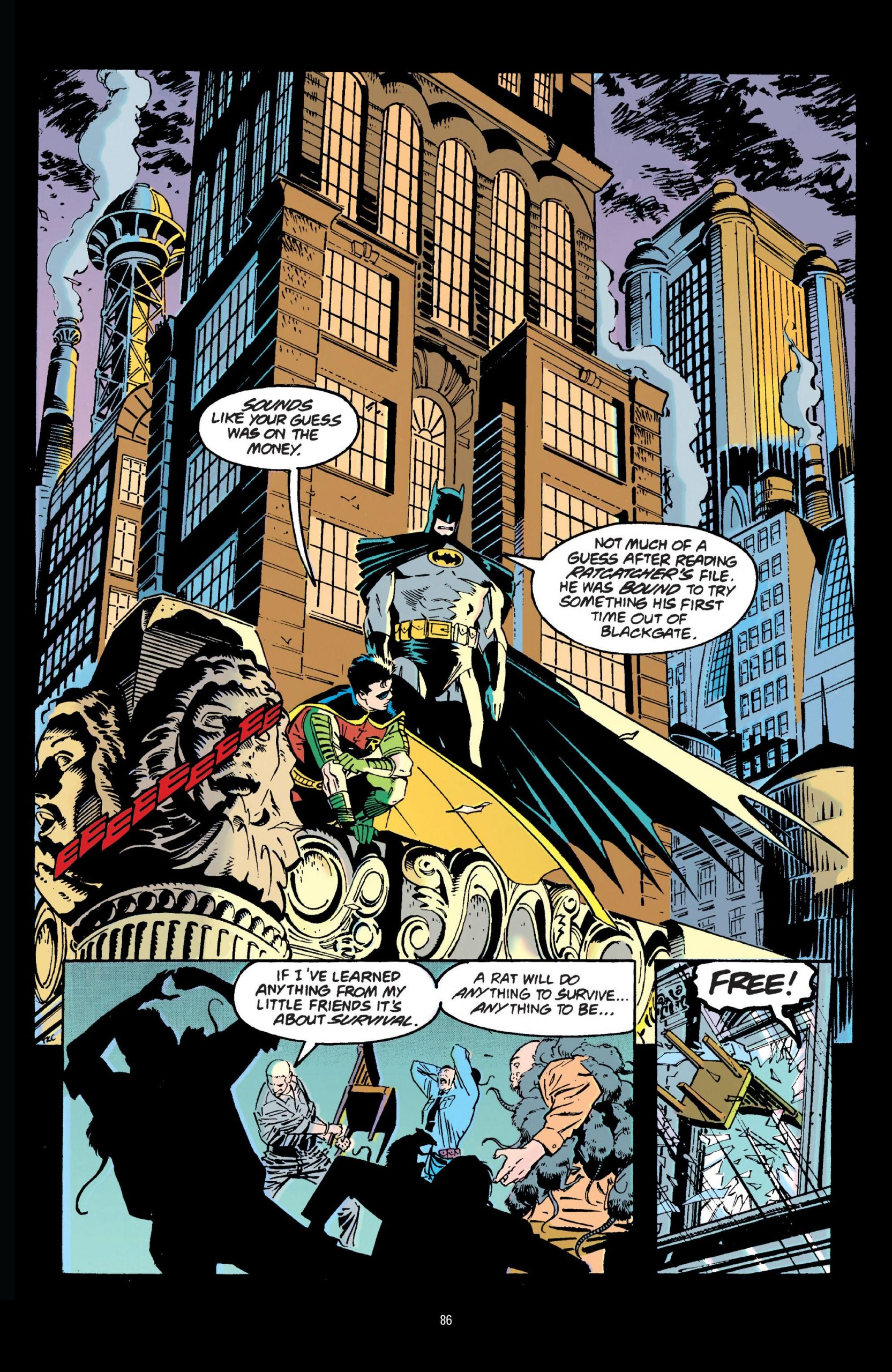 Prodigal collects a run of Batman stories in effect ending the mid-1990s ‘Knightfall’ sequence. Batman’s back was broken by Bane, and he made the mistake of selecting Azrael as his replacement, not realising underlying brainwashing was still present, resulting in a brutal killing vigilante in an armoured Bat-costume. Both Bane and Azrael were defeated, but Bruce Wayne recognises Gotham still needs a Batman and he’s not completely recovered, so this collection begins with replacement number two. “I can’t replace you Bruce”, says Dick Grayson, the original Robin, “but I’d be lying if I said it’s not going to be wild standing in for you”.

The secondary core of Prodigal’s first half is the consequences of Bane freeing most of Batman’s villains. Some remain loose, while there’s also chaos in the Gotham justice system. Chuck Dixon’s opening chapter is Dick’s recollection of how when he was Robin, Two-Face almost killed him, and that’s an underlying fear he carries through most of the story. Whether down to Dixon, Alan Grant or Doug Moench, the idea of Two-Face being drawn to binary-based computer programming is well conceived, and all are good at inducing the frustration of readers wanting to see one plot settled only to see another introduced. The effect is to convey how busy Batman’s life is.

Most artists involved maintain a consistency without standing out from the crowd, although John Cleary’s final chapter is a testament to 1990s excess. Phil Jimenez is good, but with a style that’s sometimes too close to George Pérez for comfort, and a habit of presenting Batman looking literally sculpted, although his Two-Face is maniacally memorable. Lee Weeks has a solidity and an eye for layouts (sample art). Each artist varies the Batmobile, so it changes from a sleek 1990s model drawn by Tom Grummett to Mike Gustovich’s preference for the 1950s version with the batmask on the grille, and an updated version of that from Jimenez and Weeks.

The writers obviously liaised about continuity, as it’s seamless from chapter to chapter, with every writer moving ongoing plots forward, but the tension apparent in the earlier ‘Knightfall’ outings is absent. It’s inevitable Dick will eventually make way for Bruce Wayne to be Batman again, and any agonising about him enjoying the role is a sideshow. It leaves Prodigal stronger on moments than a stunner all the way through. The best individual story is by Grant and M.D. Bright about a ridiculous villain literally holding a gun to Batman’s head for Russian Roulette. Despite readers knowing Dick isn’t going to die, Grant sucks them in with the suspense of escape.

By the end Bruce is again Batman and a plot about Russian gangsters moving into Gotham is carried over into Troika.