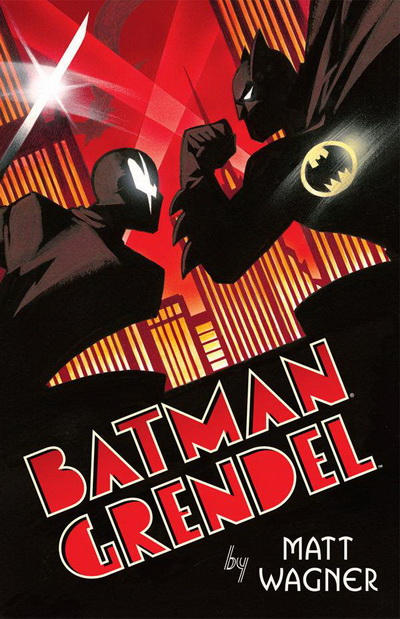 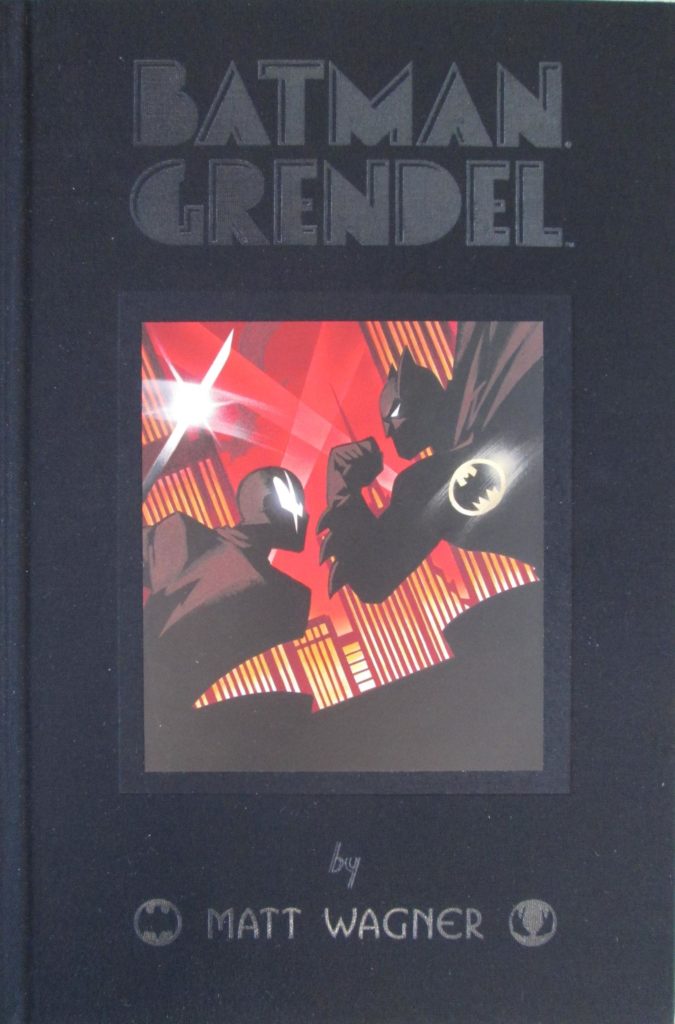 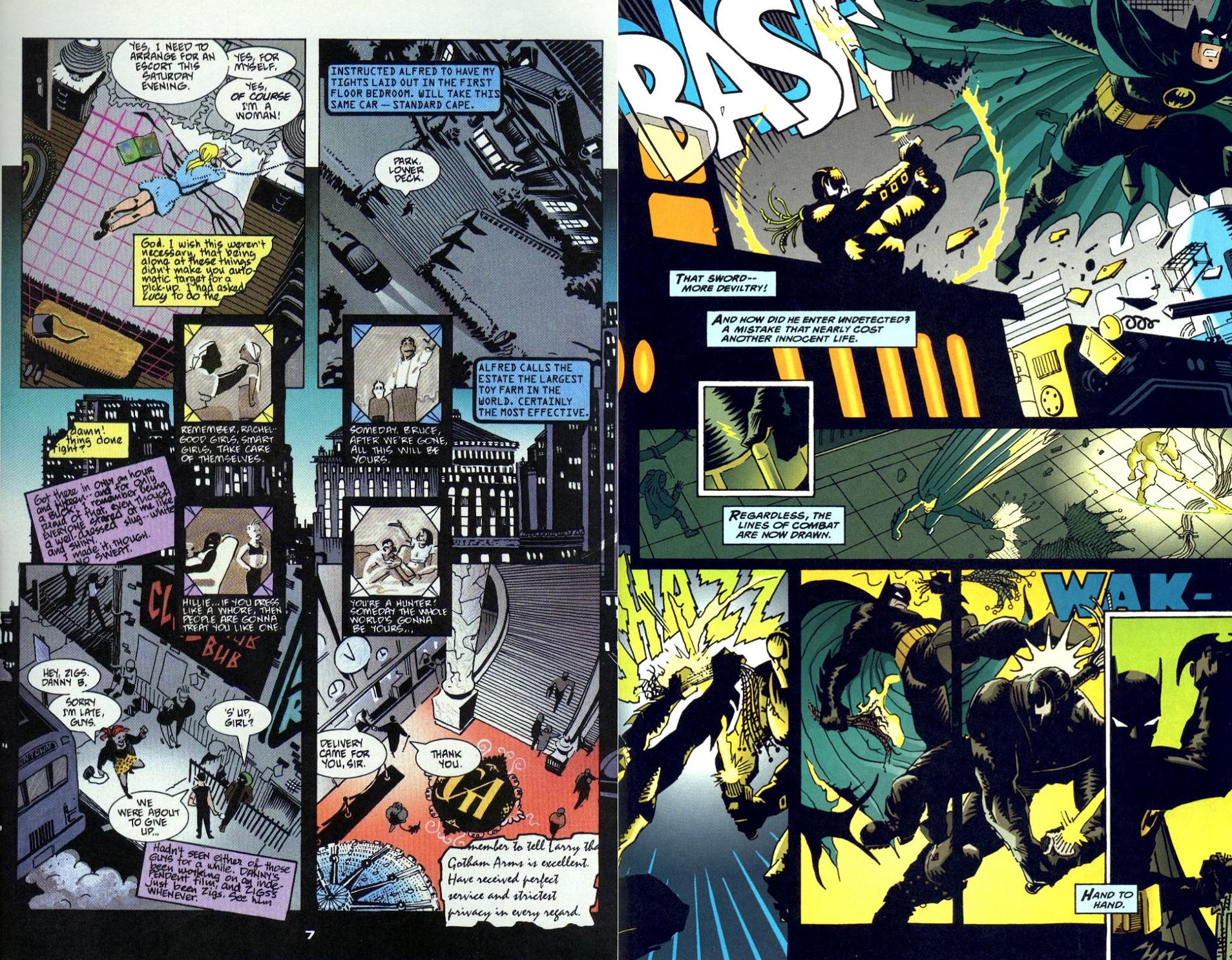 Batman met Grendel twice, in 1993 and 1996, in different incarnations, but it wasn’t until 2008 that these meetings were combined as a graphic novel, the logistics of two properties and two companies, one of them then long defunct, possibly complicating matters. They’re two very different stories, reflecting Wagner’s constant curiosity regarding experimenting with form and voice.

‘Devil’s Riddle’ and ‘Devil’s Masque’ combine for the first story, featuring Grendel’s earliest incarnation as author Hunter Rose, cleverly opening by running the narration of each character simultaneously. Grendel’s betrays his writer’s flourish while Batman’s is clipped, exclusively restricted to what’s necessary. These are contrasted with two further narrative voices, and the sheer ambition of what Wagner’s aiming for is apparent on the left sample page combining four sets of thoughts and environments. A complex switching back and forth is influenced by Frank Miller’s storytelling in The Dark Knight Returns, with multiple small and inserted panels, but Wagner is far less direct, dazzling with the way he cuts between scenes and the thought behind everything. “He finally broke when I cut the Vermeer – not over his own life. Or his wife’s” is a personality in a nutshell. We know Grendel’s up to something, we know he intends fleecing Bruce Wayne somehow, and we know the two women, flatmates, Hillie and Rae, are somehow involved. Wagner unfurls a masterclass from that information. Over 96 pages he moves from dense intensity and cleverly manipulated terror to the main course of Batman facing Grendel, the thought behind the staging consistently surprising, the imagery stunning and the ratcheting up of tension almost unbearable. On its own, it doesn’t fall far short of five stars.

That complexity of the opening meeting is completely flipped by the visceral second story, this time featuring Grendel Prime, a brute from the future arriving in Gotham, Terminator if you will. While Hunter Rose was a challenge, by any criteria the morphing cyborg Grendel Prime ought to have no more trouble with Batman than with a cockroach, but that’s not the way it works out. This story reads even more as if a Dark Knight Returns homage, the themes now coinciding as well as the stylistic devices, the opening featuring a controversial museum display about Gotham’s villains including Hunter Rose’s partial skeleton. Wagner also uses running commentary from TV news and vox pops in what’s also his action movie Grendel. As such, everything falls into place neatly with the appropriate diversions, suitably widescreen art and a surprising sequence just before the final act elevating our expectations from action cinema. It’s thrilling for what it is, but just isn’t as clever as the opener. It’s not necessary to know that the story is also Wagner explaining events from Grendel: Devil Quest. 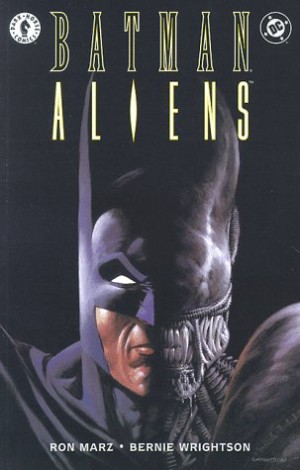