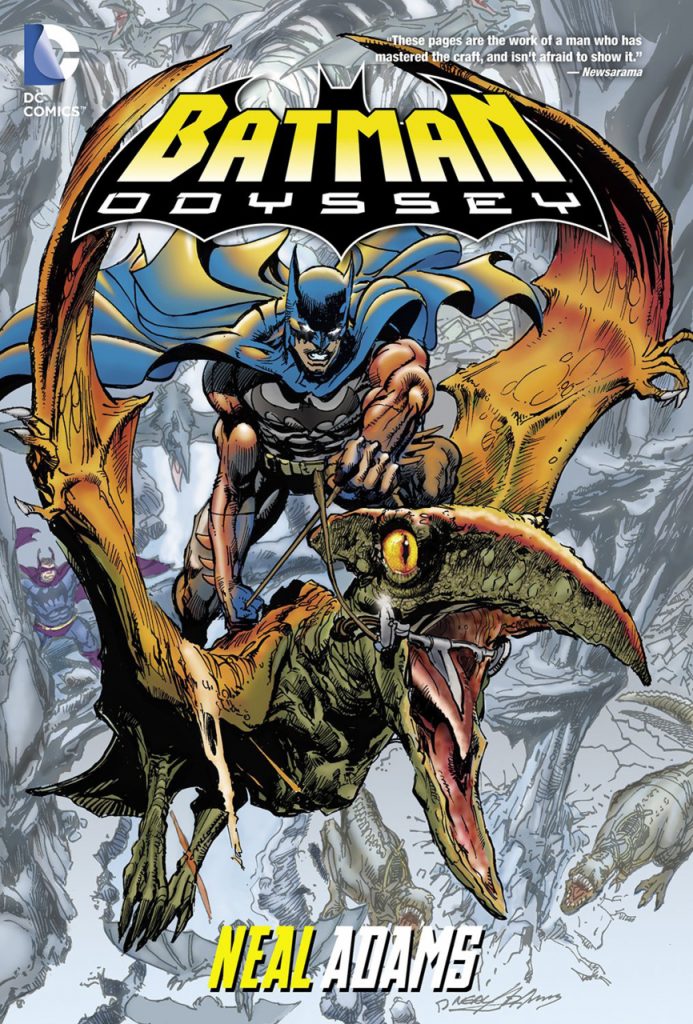 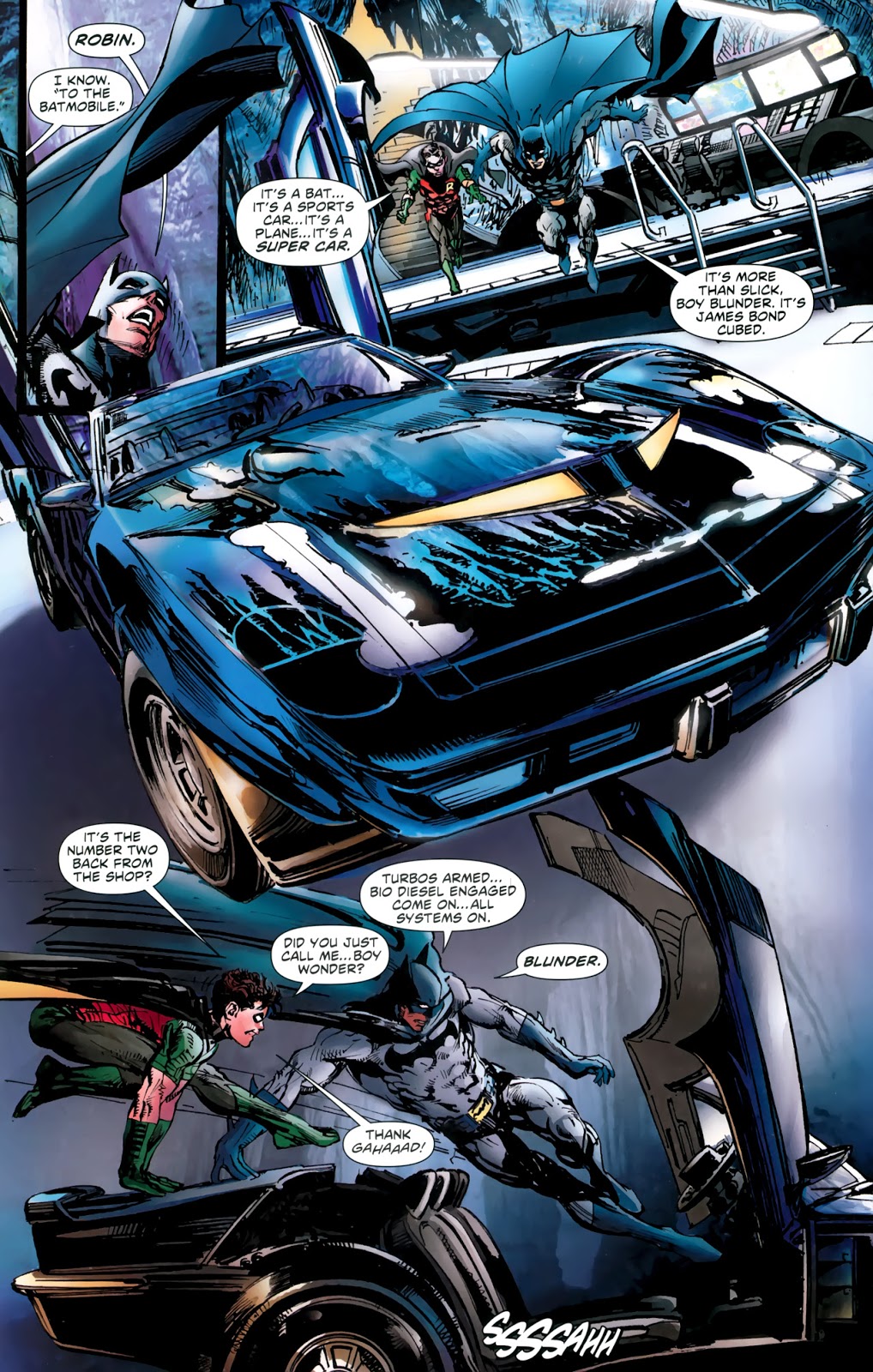 Neal Adams still ranks among the greatest of Batman artists for the dynamism of his action style during the 1970s. In interviews he’s referred to writing contributions made to other comics he worked on during that time, although these weren’t credited, so it’s interesting that many years later Adams both wrote and drew Odyssey. In it he addresses a fundamental aspect of Batman’s make-up, the absolute refusal to kill.

Is it reasonable to expect even an artist as accomplished as Adams to match the creativity of Batman work created forty years earlier? Obviously not, yet artistic spectacle and the sure touch when it comes to making a page look interesting are embedded skills as seen on the sample art. However, that also displays how off message Adams is when it comes to dialogue. It’s intended as playful banter between friends, but instead it’s wince-inducing. While Batman is a resilient character open to multiple interpretations, at times it seems Adams is attempting to compress them all into a single story.

Adams opens each chapter with Bruce Wayne seemingly addressing the readers directly, which is novel, and that leads in to a series of stories in which Batman is menaced by a gun, or actually shot. Or at least to begin with. “Who is this man?” Batman bellows in bold to end the third chapter, echoing what readers will surely be feeling about Adams’ version of Batman as someone who seemingly says anything that comes into his head. How about “Stop? Stop? I will not stop! I will take this sputum scum to hell” for Dr Seuss doggerel? There’s a complete absence of logic and common sense, even allowing for possible parody and definite exaggeration. If you’ve no idea who Deadman is, Adams doesn’t bother explaining why there’s suddenly a red costumed ghost flying around. If you do know there’s no explanation for Deadman not telling Batman what he wants him to hear. Just as there’s no consistency to the plot, there’s no consistency to Batman’s character, one minute angered ranting madman, the next wisecracking hipster throwing cultural references around like henchmen.

Moving on…. Do you wonder why Batman’s riding a pterodactyl on the cover? Well, it takes seven chapters to reach that, as Batman heads for the centre of the Earth, apparently hollow and a repository for prehistoric life. Well Marvel has the Savage Land, and no-one complains about that, and even with the bonkers explanation Adams provides, it’s still one of the more rational aspects.

Were Adams still the artist he was in the 1970s, the 1980s or the 1990s the art might have drawn attention away from the incoherency, but he’s not. All too many pages look as if it’s someone imitating Adams, almost there, but not quite, the quality often very dependent on how much effort the squad of inkers apply. The truth is that Odyssey only makes sense to Adams. It will be incoherent to anyone else, and editors Chris Conroy and Joey Cavalieri should be ashamed to be credited for letting this car crash meander on for thirteen chapters.

DC issued Odyssey in hardcover, and it’s available in alternative hardcover editions split over two books with back up material as part of the Eaglemoss partwork DC Comics Graphic Novels Collection. In any version you should stay away and instead appreciate Adams as he was via the recommendations below.