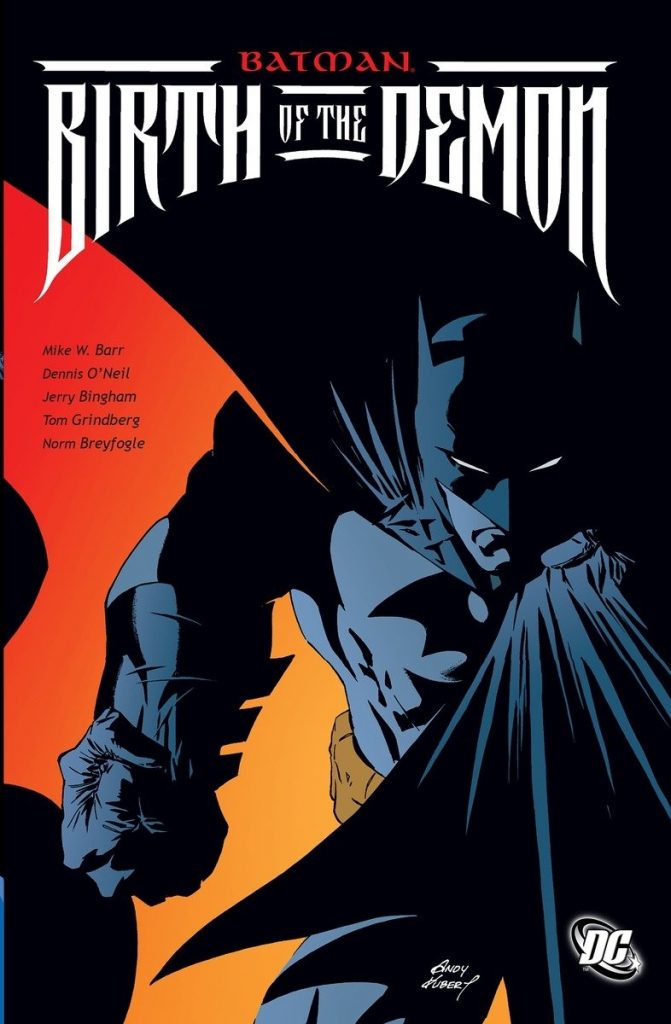 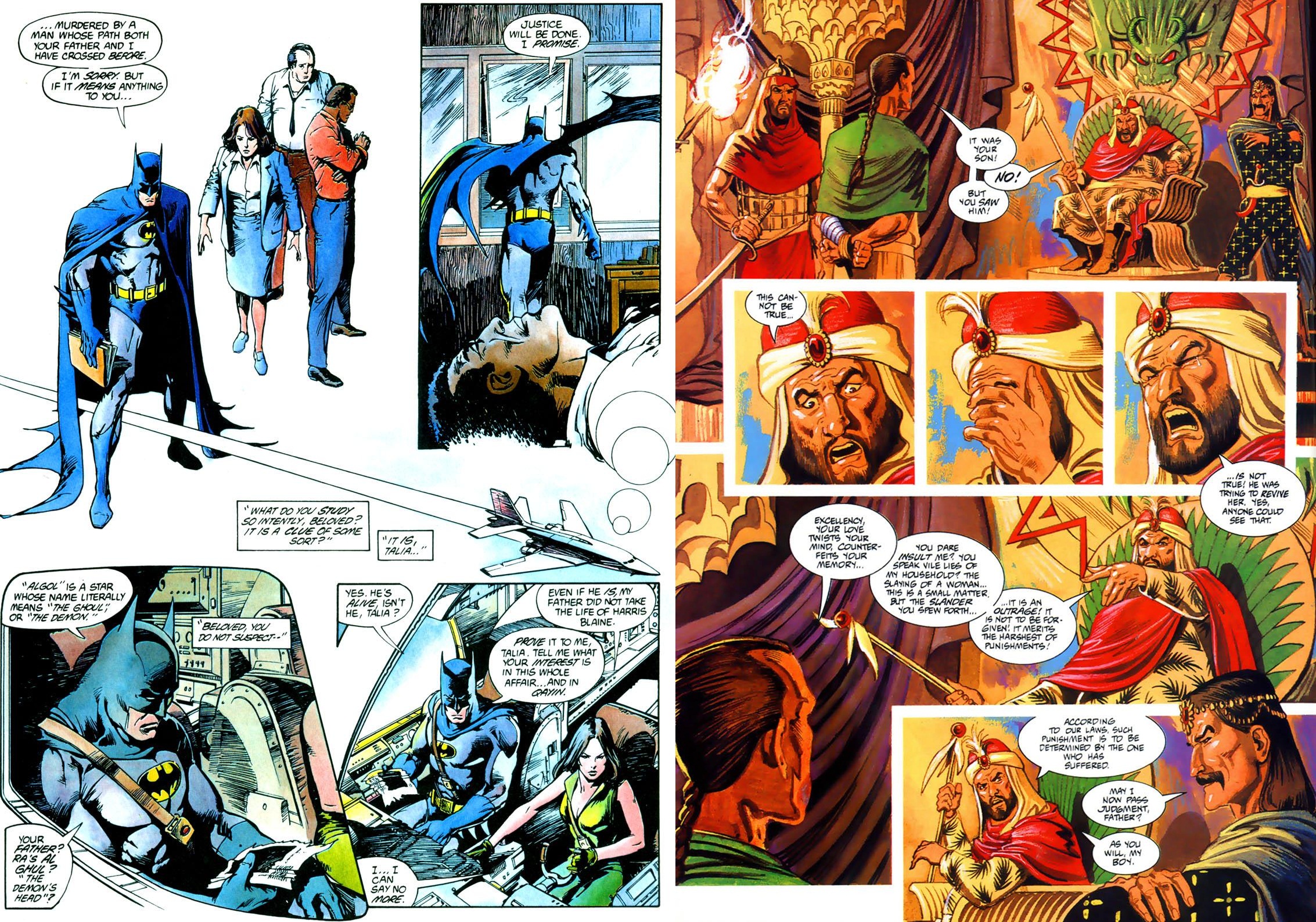 Beyond featuring Batman, Ra’s Al Ghul and Talia, there’s little connection between these three stories so commonly grouped as a trilogy, and now collected together in Birth of the Demon, the title of the final story. All in all, however, were it not for the titles, any three other Batman/Ra’s Al Ghul encounters would serve equally well.

The differences are marked by the art. Over the first stories Jerry Bingham and then Tom Grindberg take Neal Adams as an inspiration, with Bingham far better for adapting the dynamic figurative nature of Adams’ approach without slavishly imitating. He uses an delicate thin line and provides some impressive illustrations. Bingham’s page layouts are inconsistent, some wonderful, others ordinary, but even with that he’s a stronger artist than Grindberg, with Grindberg additionally handicapped by being not having the talent of Adams, yet working in his style. Norm Breyfogle takes a completely different approach. He’s not known for his painted artwork, but it’s very decorative, combining the bright storybook look of the ancient Middle East with some gruesome expressions befitting the high emotions that characterise the story of Ra’s Al Ghul’s early years.

Mike W. Barr writes the opening two stories, the first far better than the second, and takes his lead from Ra’s Al Ghul’s ecological terrorist status to present two action thriller plots. Son of the Demon and Bride of the Demon were produced in 1987 and 1990, and are now dated by hinging on the use of what was then very advanced technology, but is now commonplace. By virtue of featuring a credible Batman unafraid to be a man as well as an accomplished crime fighter and a plot that sees him allied with Ra’s Al Ghul, Son of the Demon is by far the better read. For Bride, Barr transforms Ra’s Al Ghul into a strutting tyrant spouting ridiculous dialogue, and his attempts at using parenting as a theme are presented in a half-hearted manner, as if he’s not sure about the idea. The plot, this time pitting Batman against Ra’s Al Ghul is also a standard affair, if an early acknowledgement of the dangers of climate change, and the bride element never comes across as credible.

The best of the three tales is Birth of the Demon, Denny O’Neil bookending a thrilling extrapolation of Ra’s Al Ghul’s early career as a court physician with a viable Batman tale in the present day. It’s cruel, tragic and engrossing, even when Batman is absent for sixty pages in the middle. The discovery of the Lazarus Pits by which Ra’s Al Ghul prolongs his life over centuries is random, but they’re factored well into a tale in which he learns some horrific lessons about blind loyalty and sets off on his later path. O’Neil created the character, and a fantastic touch in story terms is the brief period of savage madness endured by anyone prolonging their life, twice used to good effect. It’s a story still worth reading, although the original version was published as a larger book, and better displays Breyfogle’s art.