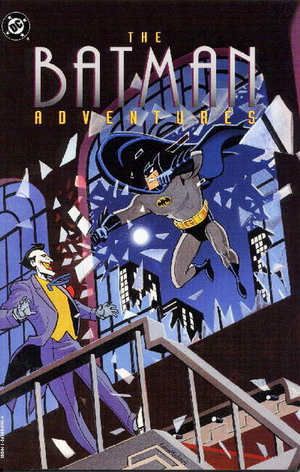 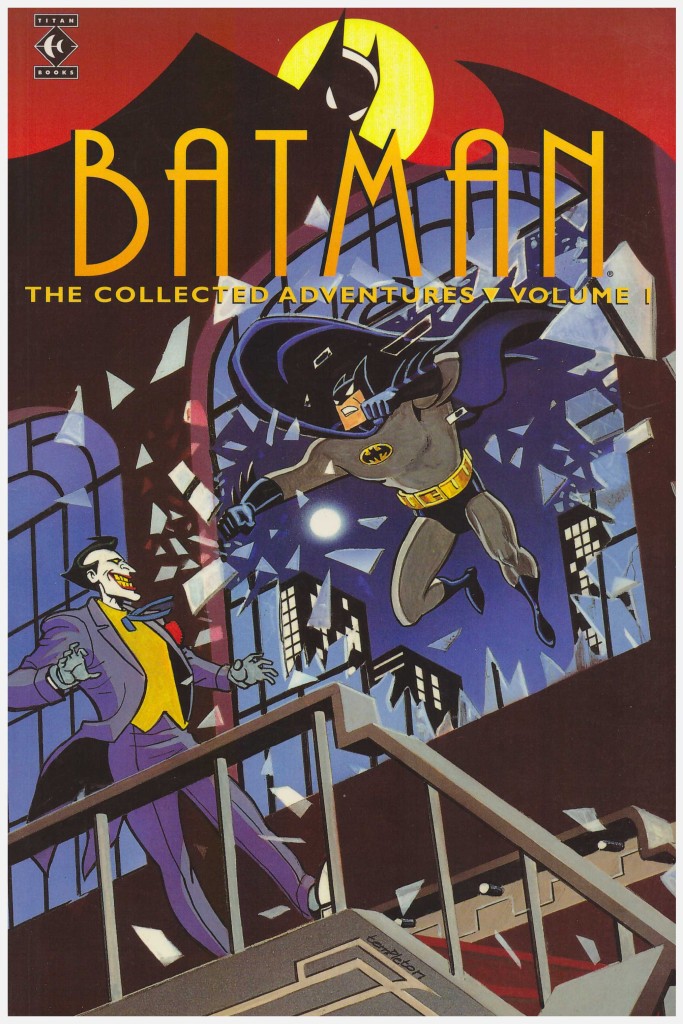 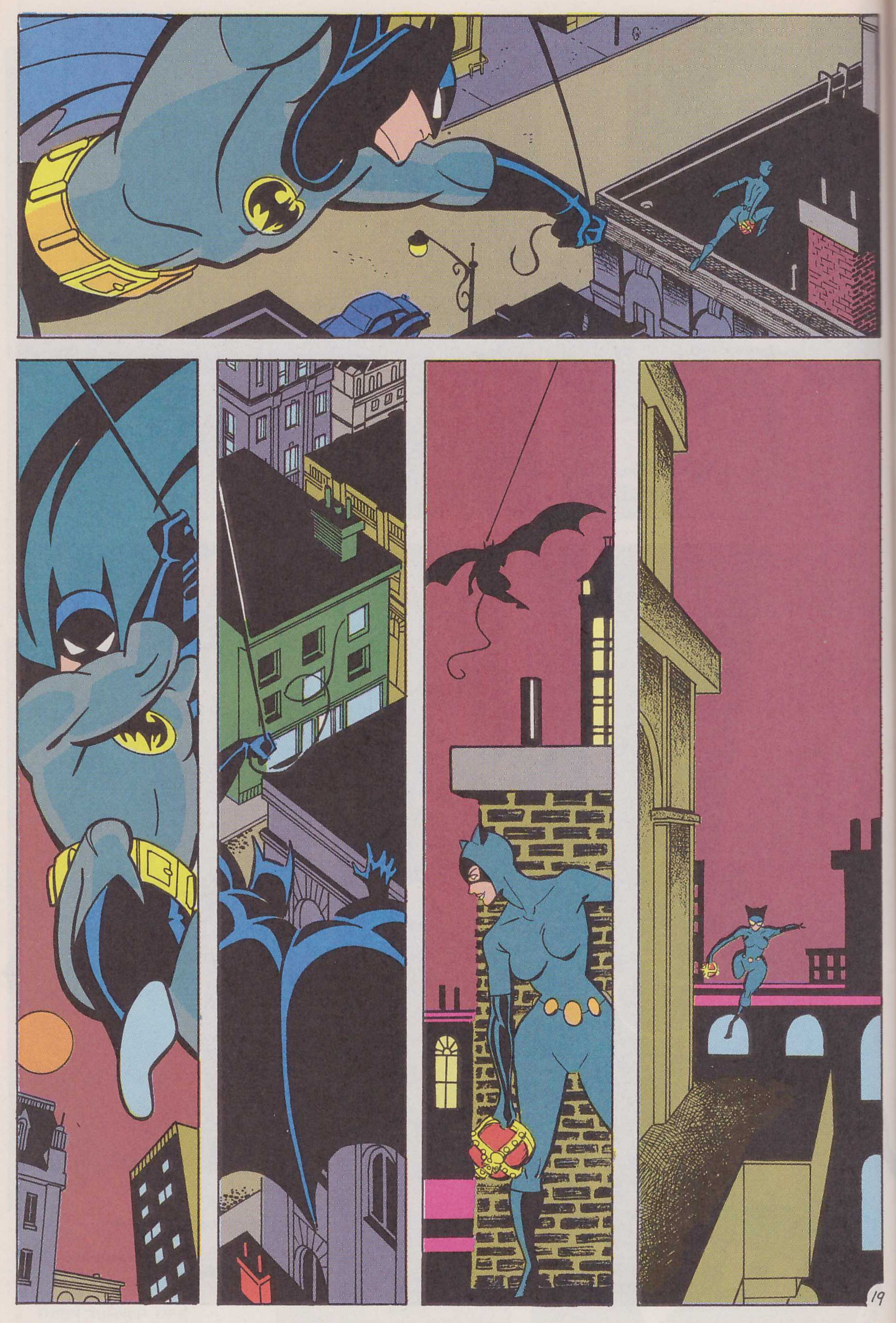 In all the years since it first aired in 1992 it’s arguable that there still hasn’t been finer superhero animation than Batman: The Animated Series. It was heavy on style and gloom, yet with leavening comedy moments and an impressive presentation of iconic Batman characters. The Batman Adventures was based on the look and the cast of the animation, so we have a blond Selina Kyle, a slightly less psychotic Joker and a Batman who can occasionally crack a smile.

The wonder is that some of this book is every bit as good as the animated series that inspired it. Kelley Puckett writes the opening three chapters, and links them via a plot by the Joker, but first features the Penguin and Catwoman. He constructs witty capers that have their horrific moments (all off panel) and even seasoned Batman readers ought to be surprised at what he pulls off. The dialogue is funny when it needs to be, such as an opening sequence of the Penguin and his henchmen bettering themselves by learning a new word every day.

An extremely good starting point is elevated by excellent art from Ty Templeton. He uses a very clear and deceptively simple style, yet there’s no deficiency in characterising the cast, and the manner of pacing ensures space on offer, which is used spectacularly well. This is exemplified in the second chapter’s thrilling rooftop sequence featuring Batman and Catwoman. His depictions are also note perfect when compared with the animation, for which some credit must also go to inker Rick Burchett.

Burchett also inks Brad Rader’s pencils for the remainder of the book. Rader’s art is also very good, but more variable. It’s a step away from the animated style toward more traditional Batman art, and on some pages there’s little difference.

Rader starts by illustrating the weakest story here, two chapters of the Scarecrow up to his usual fear-inducing shenanigans. This is plotted by Martin Pasko, who worked on the animated show, and the length and pacing suggest it may adapt a script that wasn’t developed. It’s not as pithily compact as the preceding material.

The book ends with a real gem, though, a locked room murder mystery that would grace any regular Batman issue by Puckett and Rader. Rader is better here, accentuating the gothic effects, perhaps taking his cue from Will Eisner.

In the UK this was issued by Titan Books with a slightly modified cover as Batman: The Collected Adventures Volume 1. The same stories are currently being republished as The Batman Adventures, at ten to a collection, so including content from volume 2, which is strangely titled Batman: The Dark Knight Adventures. 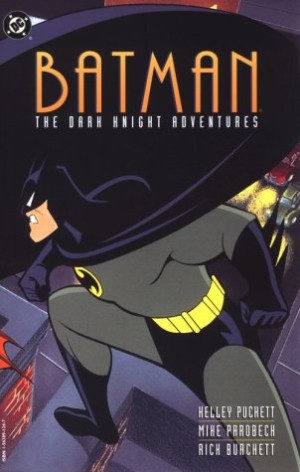