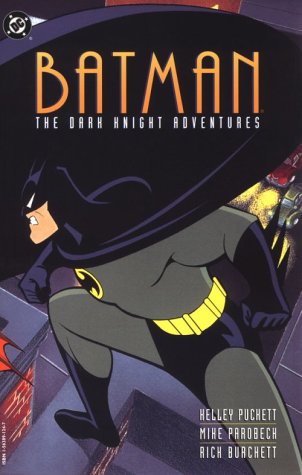 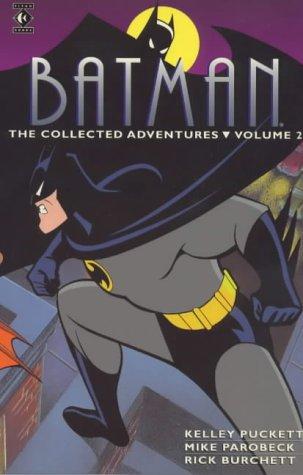 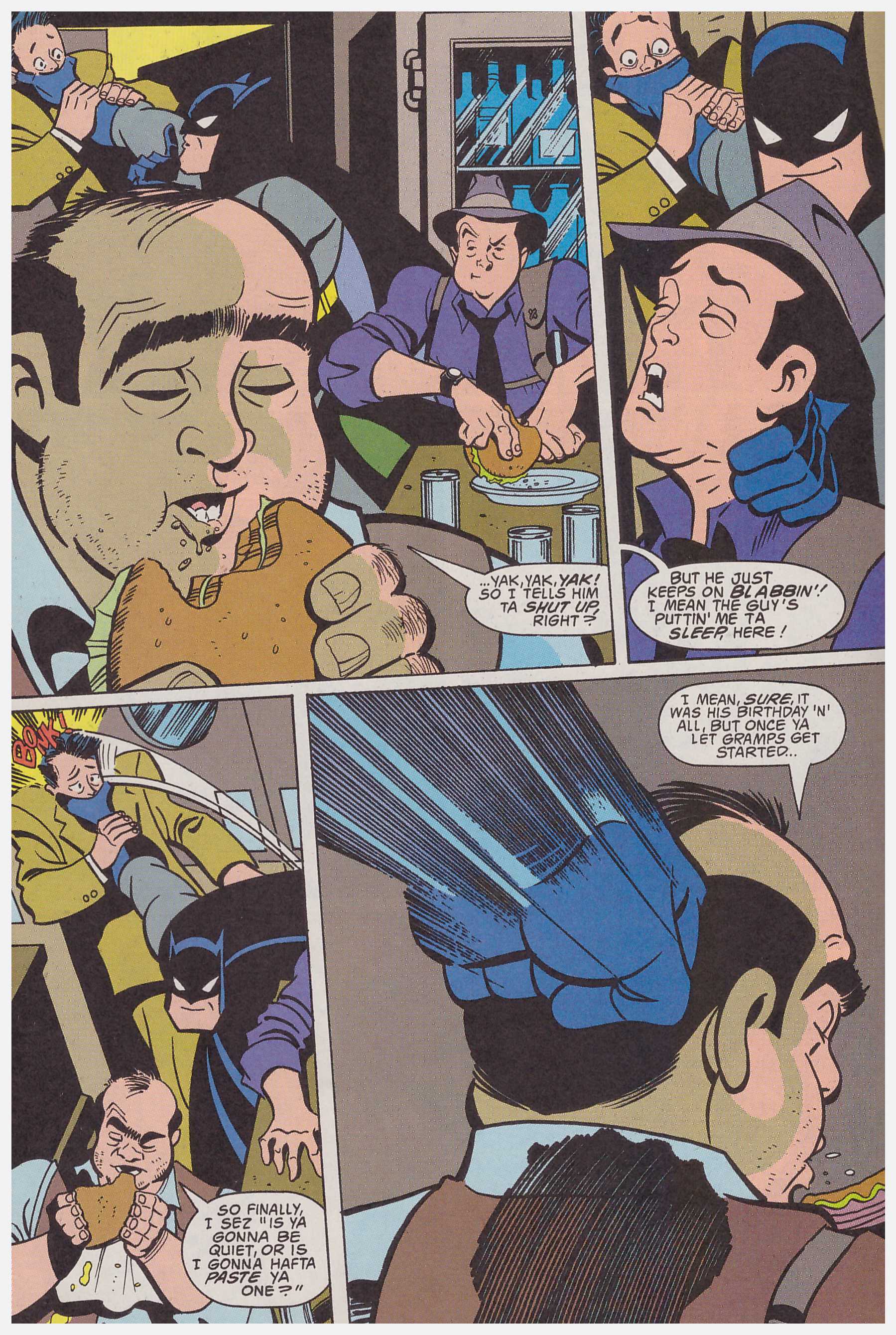 Despite a title bringing to mind the work of Frank Miller, this is actually a second collection of stories based on the 1990s Batman animated TV show, and was until 2014 the final gathering of an excellent series. Mike Parobeck came aboard as pencil artist, and notwithstanding the high standards he followed, he became the artist definitively associated with the series.

Parobeck captures the look in seemingly effortless fashion, and characterises the cast brilliantly, yet without resorting to over-exaggeration, a common fault with cartooning, and his storytelling is wonderful. Take a look at the compact sequence in the featured illustration with Batman invading a gangster’s home. Parobeck moves Batman around as he silently and effectively deals with the henchmen in the kitchen, allowing him a smirk of satisfaction that you’d never see in the po-faced ‘proper’ Batman comics. Kelley Puckett matches the art with fine comic dialogue complementing the action.

Puckett varies the use of Batman’s foes, with no repeats from volume one, and features them in inventive fashion. Killer Croc is a wrestler, the Riddler somewhat down in the dumps from his failure to outwit Batman, and the utilisation of Clayface is terrific. This is acknowledged by animator Bruce Timm’s introduction. He also introduces Harley Quinn to comics. She was an original creation of the animation team, and here co-stars in a charming Batgirl story.

Adaptations of the animated versions of Batman’s cast are not the only villains used. Puckett created new characters for that world, and a trio of the most endearing début here. Mastermind, Mr. Nice and the Perfessor always appear in the same adventures, if not always together. These were based on the personalities of then DC editors Mike Carlin, Archie Goodwin and Denny O’Neil, and visually caricatured as such by Parobeck, but they’re so seamlessly integrated into the strips that their real world origin is irrelevant. The Perfessor comments in erudite fashion, the comic touch being it’s always after the event, Mr Nice can’t bear to cause upset, and Mastermind is a control-freak planner.

In terms of craft, these stories exceed the majority of Batman material. They’re clever, enthralling, extremely well drawn and still worth reading today. Admittedly that’s more likely as part of the current republishing programme as The Batman Adventures, at ten to a collection, so these tales span volumes 1 and 2. In the UK this was issued as Batman: The Collected Adventures Volume 2.