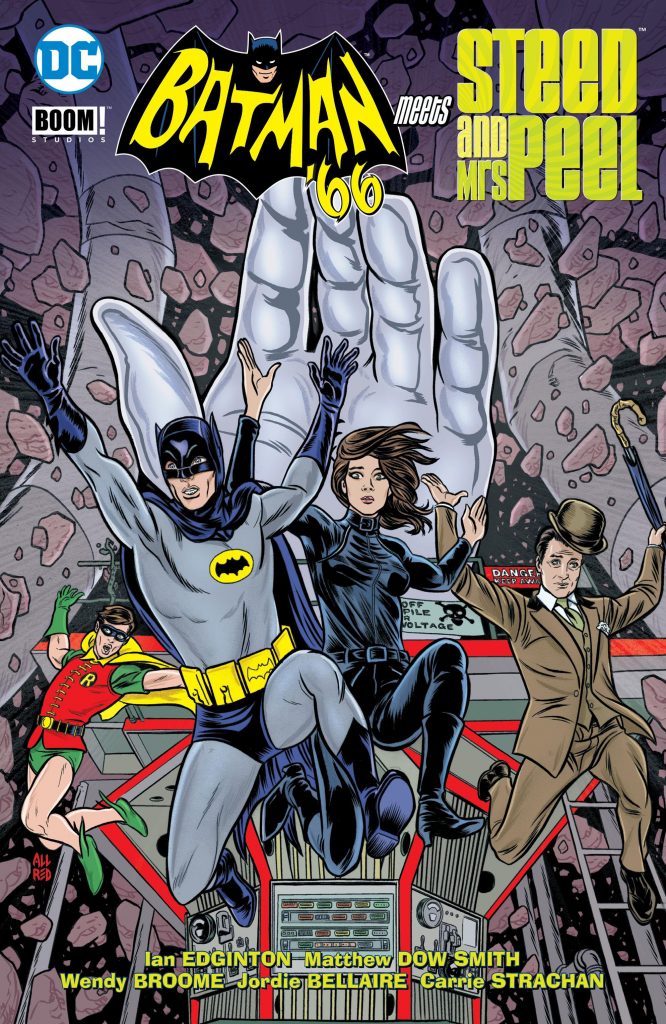 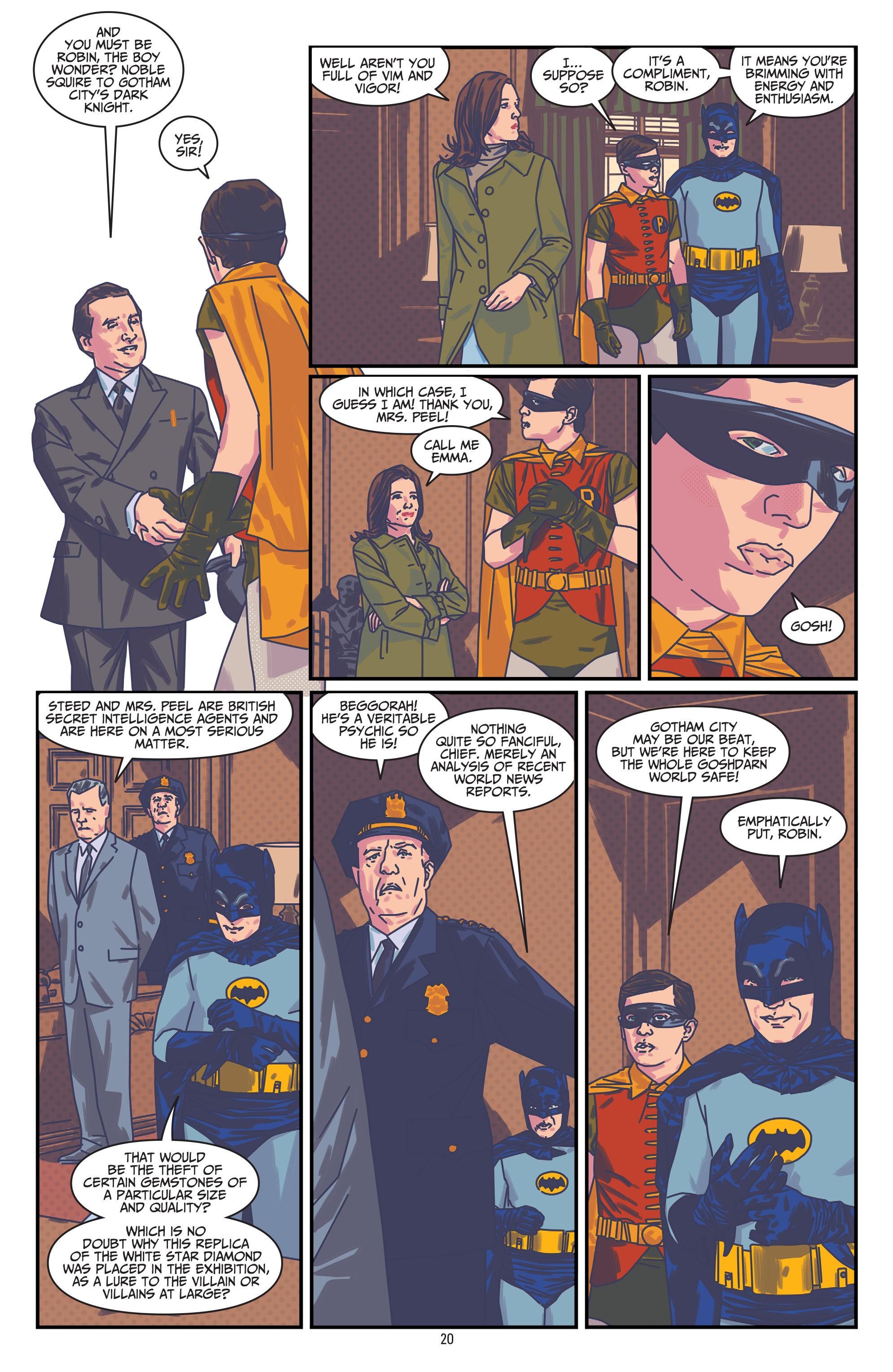 Although the solo stories of Batman ‘66 ran their course (collected in a 2018 Omnibus), the feature continued by teaming the TV Batman with other television icons. Marvel long having trademarked Avengers as a title, in the USA graphic novels about the 1960s TV Avengers are now published under the name of their most fondly remembered lead characters, Steed & Mrs. Peel. Those Avengers starred in generally lighthearted adventures with a twist of the fantastic. Theirs is the sardonic mood that prevails rather than the out and out silliness of the Adam West Batman, although Ian Edginton permits him the occasional full-on bout of pomposity.

A rare British jewel is to be exhibited in Gotham, but this serves a larger purpose, even so attracting the immediate attention of Catwoman, and it’s not long before Avengers foes the Cybernauts also appear to complicate the situation. Other villains also feature, including Batman TV show obscurity Lord Ffogg, but to reveal everyone would spoil the surprises Edginton has planted.

Not all artists working on graphic novels generated from film and TV consider likenesses of the cast to be a priority, but Matthew Dow Smith is excellent on this score, with everyone resembling not just the actor, but their small screen personality also. This extends down to the supporting cast, with his blustering Police Chief O’Hara. Because Smith is working with paused video images there is sometimes a strange expression or an awkwardly posed person, but that’s only occasionally.

Although partially concealed by shadow, there’s no real attempt to disguise the villain behind events, and they’re revealed anyway halfway through. By then Edginton has skilfully established relationships between equals Batman and John Steed, and between Mrs. Peel and an over-awed and slightly awkward Robin. Their voices are authentic, and as being British has much to do with the plot, in passing he notes funny observational comments about British ways such as “I feel a strong cup of tea and a sticky bun are required to steady the nerves”.

Echoing both TV series, Batman ‘66 Meets Steed & Mrs. Peel is a lot of fun, plotted in an appropriate style, well drawn and offering several surprises. Not all the Batman ‘66 team-ups have worked, but this one does.