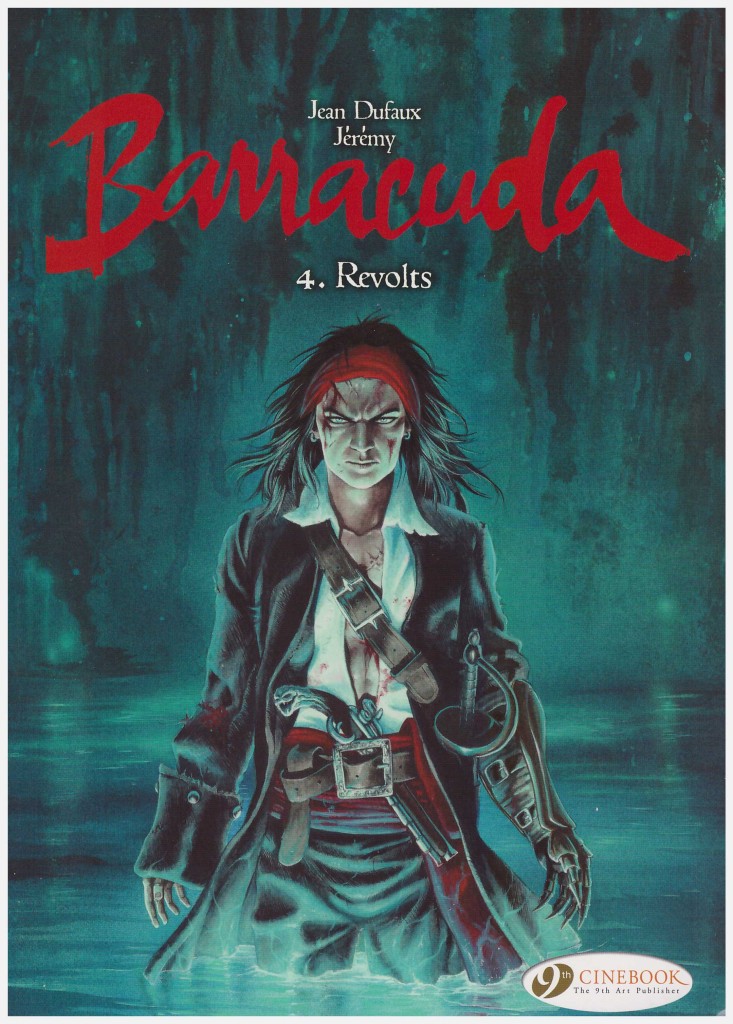 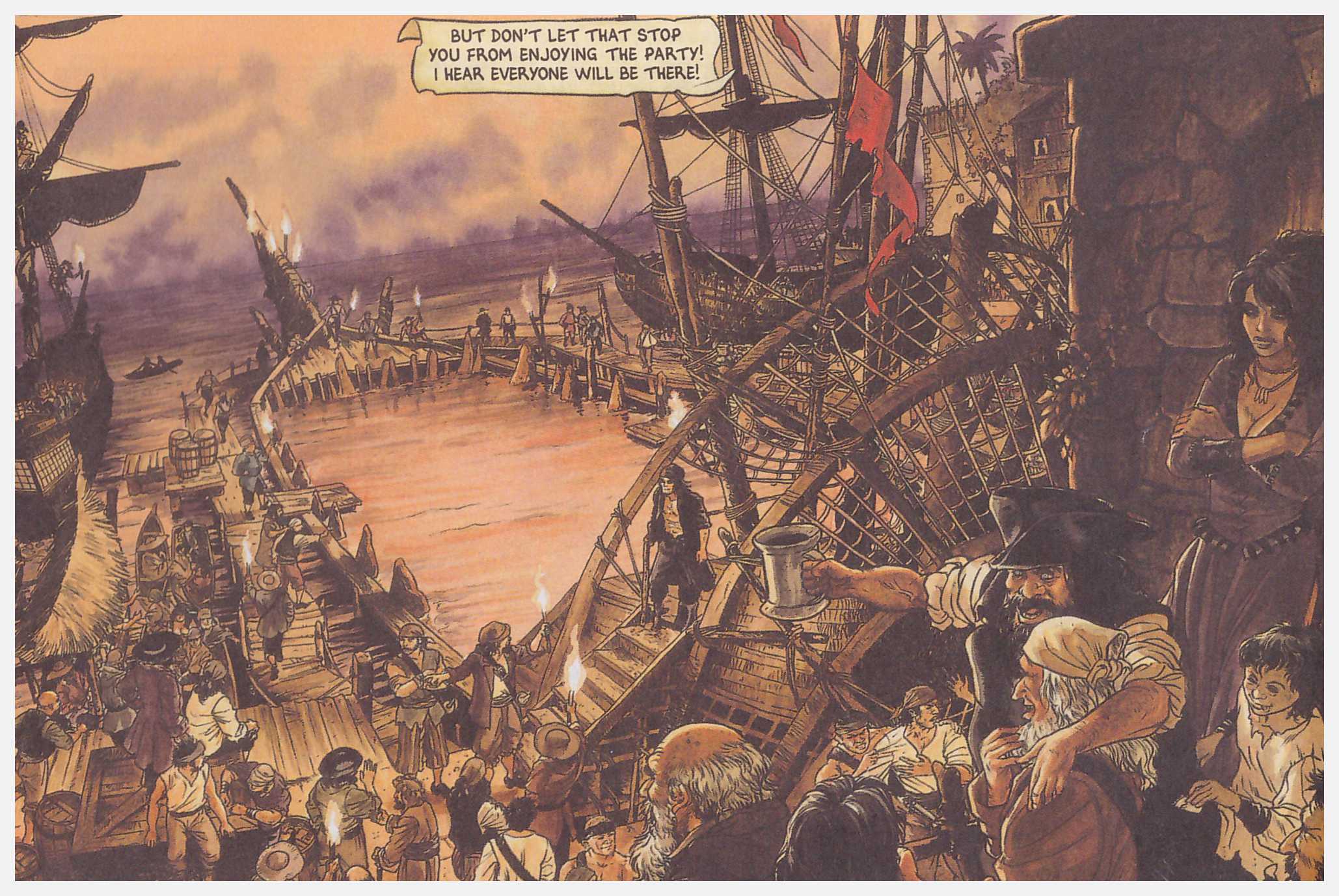 So much changes within Revolts that it prompts the consideration of whether or not Jean Dufaux has any particular masterplan in mind for Barracuda, or whether this will an ongoing 17th century soap opera. Any expectation of this being a concluding volume, a four volume sequence being a relatively common European packaging format, is certainly dispelled.

Ever since the few surviving Barracuda passengers arrived on Puerto Blanco there has been some hovering concern back in Europe about them, but, in distressingly human fashion, more focussed on the whereabouts of a large diamond that’s a family heirloom. The Catholic church have despatched an envoy to retrieve it. While the political machinations on Puerto Blanco have largely occupied Slaves, Scars and Duel, the quest of Captain De La Loya and Brother Esteban has been simmering in the background. Dufaux has touched in on them for a few pages every volume, but in Revolts they arrive at Puerto Blanco, and for all the villainy on the island, they’re not capable of seeing off a fully equipped and manned battleship.

An early scene for artist Jérémy (Petiqueux) involves a novel method of execution, a spectator sport on Puerto Blanco, and he delivers a veritable Hogarthian scene of the dissolute population. As previously, he’s not one to stint on crowd scenes, and his consistently grubby locales set the scene, and as previously, this is page-turning, rip-roaring adventure.

By the end of the book allegiances have shifted considerably, and the balance of power on the island has swung in a surprising new direction. Dufaux has finally got around to naming some of his cast who’ve been around since the first book, quite oddly, actually, and the title of the next volume, Cannibals, is suitably foreboding. The first few pages are presented as a teaser to conclude this book.